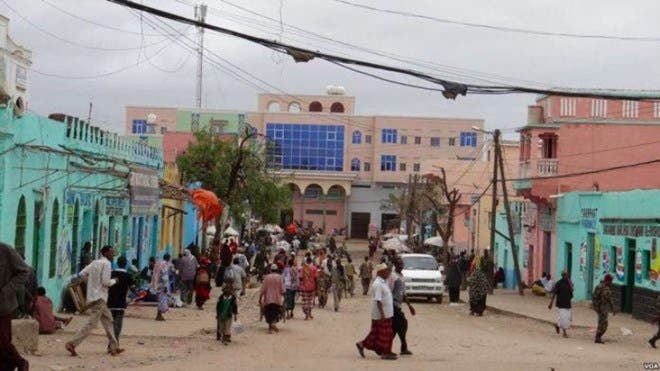 At least 4 people were killed and more than 20 injured when a bomb exploded at an internally displaced persons (IDP) camp north of Baidoa (Bay region) on Sunday, May 24.

A witness who spoke to Caasimada Online said the blast which has resulted from a remote-controlled landmine detonated at around 17:00 while people were holding traditional Eid celebrations causing casualties.

“The blast left at least 5 people dead and more than 20 injured, who have been admitted to a nearby hospital for medical treatment,” he said, adding that the casualties may rise as there were many people at the scene.

Meanwhile, Southwest regional security forces have sealed off the scene afterward and carried out a manhunt. No group has so far claimed responsibility for the attack.

The attack comes barely a day after a leading women rights activist, Barlin Haji Bule reportedly killed and several others wounded in a similar attack in Dinsoor town, Bay region.

Somalia has been engulfed by violence and lawlessness since the toppling of dictator Mohamed Siad Barre in early 1990s. Al Shabaab wants to install its own government based on its strict interpretation of Islamic law.

The group has been waging insurgency for more than ten years in Somalia. Alshabab was driven out of Mogadishu capital in 2011, and have since lost many strongholds to Somali army and African Union troops.

The al Qaeda linked group still holds large rural villages of the country and continue to wage a guerilla war against the Western-backed government of Somalia.