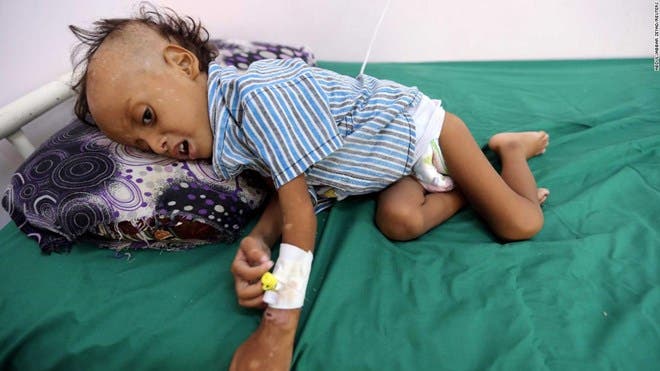 British charity Save the Children says that an estimated 85,000 children under the age of 5 may have died from extreme hunger or disease since the war in Yemen escalated more than three years ago.

Through new analysis of UN data, the charity found that between April 2015 and October 2018, about 84,701 children under 5 died from untreated cases of severe acute malnutrition — or in simple terms, hunger.

These grim figures, detailing the horrors of the world’s worst humanitarian crisis, come as intense fighting has again erupted in Yemen’s strategic port city of Hodeidah — a vital entry point for UN and other humanitarian aid and the center of the conflict between the US-backed Saudi-led coalition and the Iranian-aligned Houthis.

The renewed violence follows progress toward ending Yemen’s war of nearly four years, a conflict that has killed at least 10,000 people and has pushed the nation to the brink of the world’s worst famine in 100 years, leaving 14 million people at risk of starvation, according to the United Nations.

Since a Saudi coalition blockade of the port of Hodeidah, followed by ongoing violence and other disruptions, commercial imports of food have dropped by more than 55,000 metric tons a month, according to Save the Children. That food could meet the needs of 4.4 million people, half of whom are children. Any further decline in imports, the charity warns, could lead to famine.

Tamer Kirolos, Save the Children’s country director in Yemen, said that the charity is horrified by the number of children who may have died because of hunger.

“Children who die in this way suffer immensely as their vital organ functions slow down and eventually stop. Their immune systems are so weak they are more prone to infections, with some too frail to even cry,” Kirolas said. “Parents are having to witness their children wasting away, unable to do anything about it.”

Save the Children says that an increase in fighting, blockades and bureaucracy in Hodeidah have forced it to bring supplies through the southern port of Aden, tripling the amount of time for that aid to reach the people who need it the most.

An estimated 400,000 children are expected to suffer from severe acute malnutrition in 2018, according to the United Nations — 15,000 more than last year.