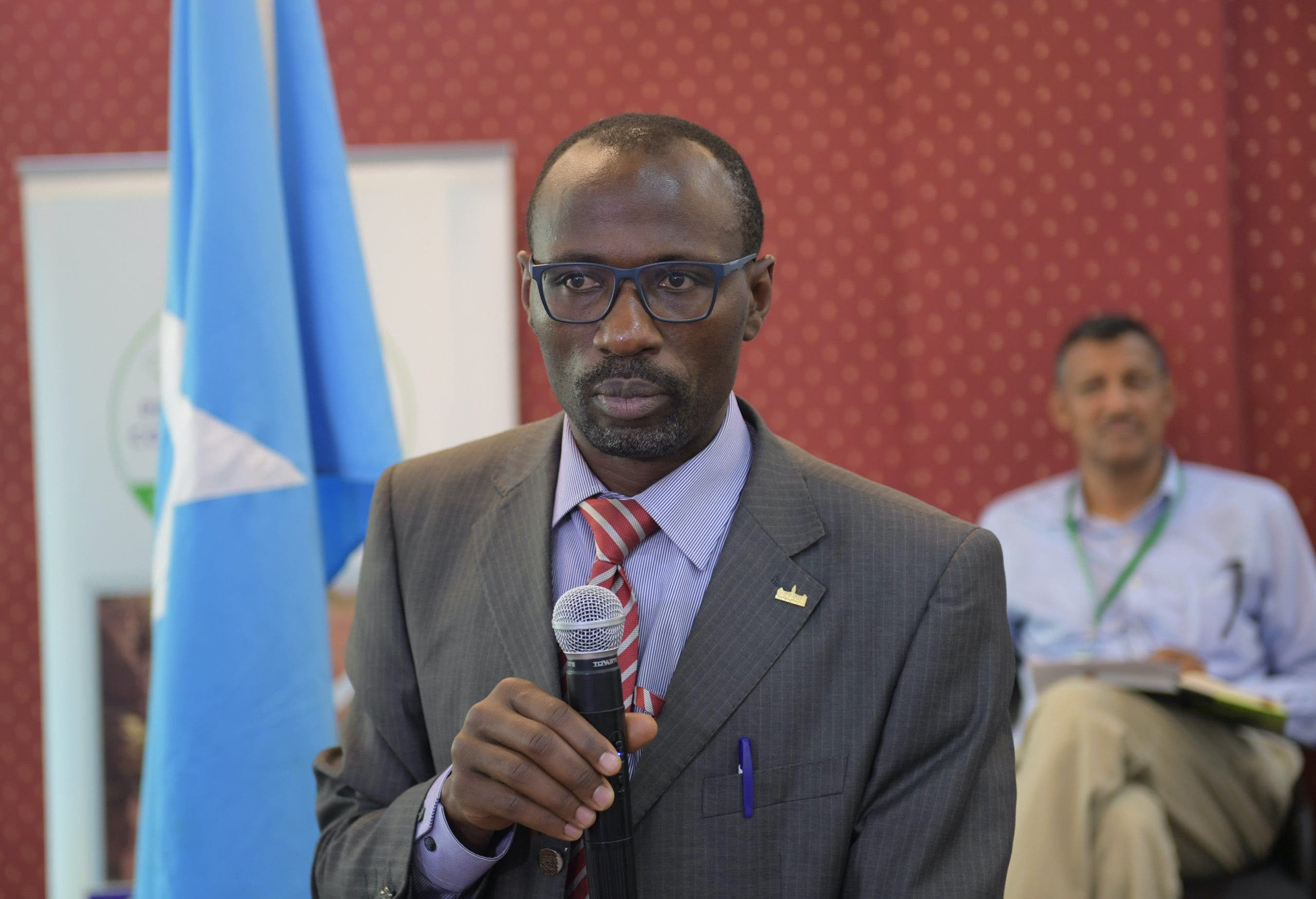 Mogadishu (Caasimada Online) – Dr. Walters Samah, a Cameroonian and Canadian national who is the AMISOM Chief Intelligence almost lost his job in Somalia for crossing his line of duty/Mandate after meddling with Somalia politics for providing federal Government of Somalia’ Security critics comments on LinkedIn in February 202.

Furthermore, it was noted that he was closely working with anti-Somalia Government foreign and local individuals in providing classified and secretive state and institutional information. This individual included some of whom were already PNGed such as the SAHAN Director Matt Bryden, opposition treachery Somali figures and FMS working in the internet of foreign agents.

Dr. Walters Samah latest wrongdoing and mischief move was when he leaked to the media of AMISOM internal document for the purpose of detrimenting AMISOM head and AU Representative Amb. Francisco Madeira who issued his UNSC Somalia quarterly briefing on 21st May 2020.

Samah is currently working from AMISOM Nairobi office after FGS negotiated with AU headquarter for his removal from country for breach of his duties and undermining the nation’s sovereignty. Samah will definitely lose numerous benefits and allowances for his removal from Mogadishu as his duty station including security allowances.

Walters was a lecturer at the of University of Yaounde in Cameroon before joining the AU mission in Somalia and therefore doesn’t have intelligence background.

Somalia Federal Government had made rigorous reforms in its security and intelligence agencies allowing to profile individuals and groups used by foreign agents in revolting and subverting Somalia government priorities.