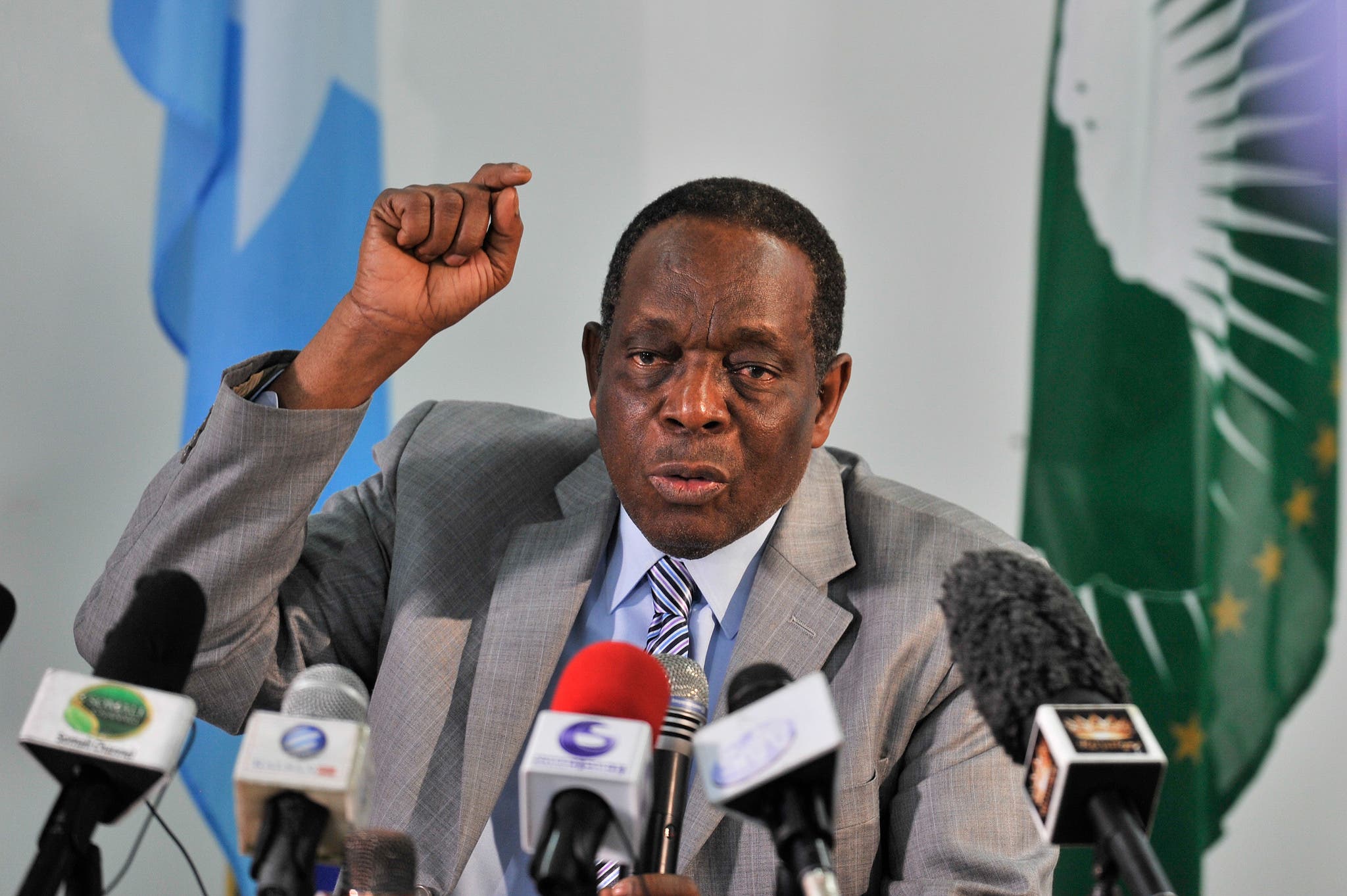 Press release from the African Union Mission in Somalia rejects allegations made against its leadership Ambassador Francisco Madeira and the Federal Government of Somalia.

In a statement AMISOM hits back to a document which has been circulating in the media dated 26 May 2020.

AMISOM said the document is full of inconsistencies, generalizations, innuendos and biased toxic personal opinion and does not describe the reality of the AMISOM that is currently operating in Somalia under the leadership of Ambassador Francisco Madeira.

AMISOM further said the allegations in the document distort and misrepresent the mission, its work, its leadership and its achievements.

READ THE FULL PRESS RELEASE BELOW: 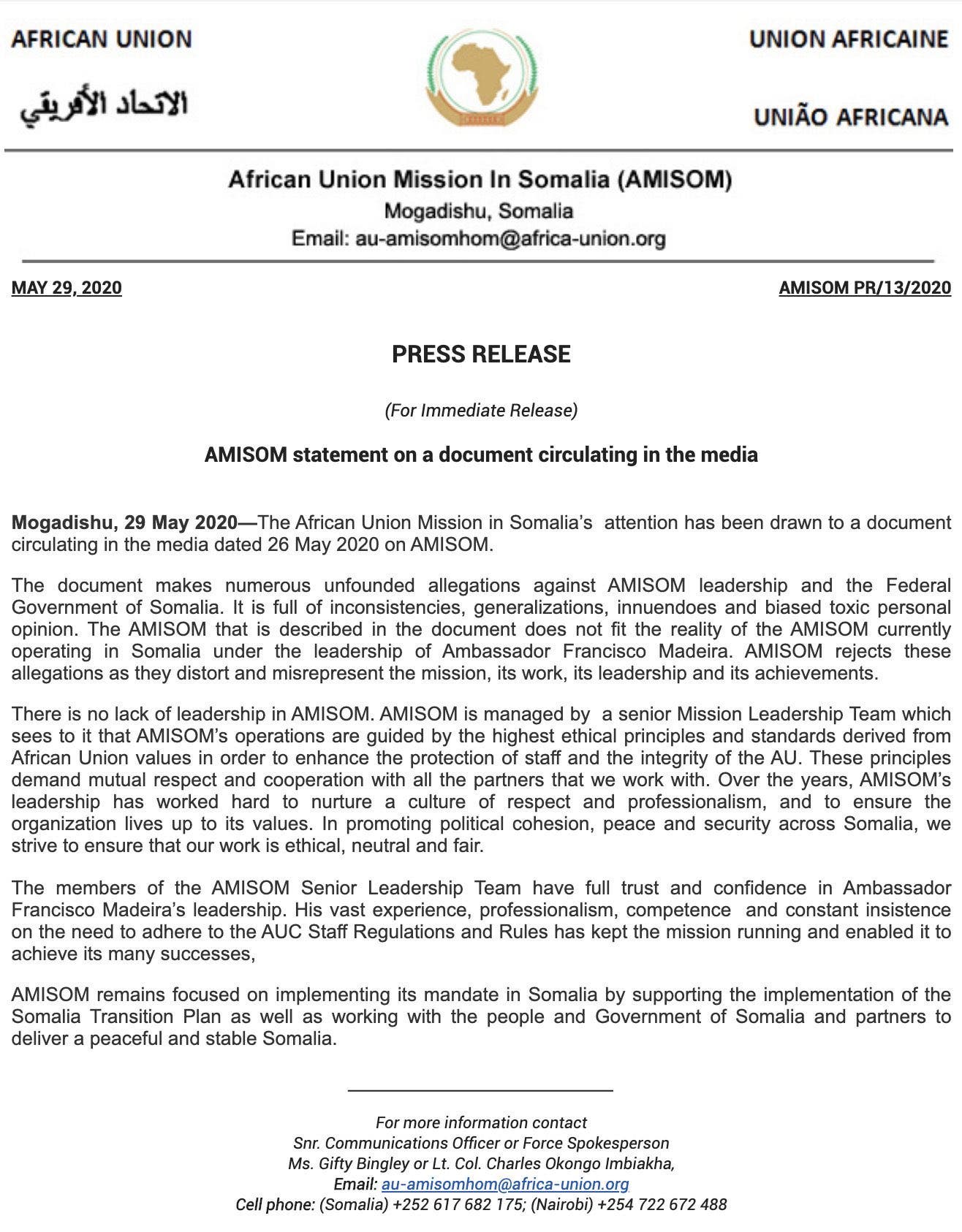