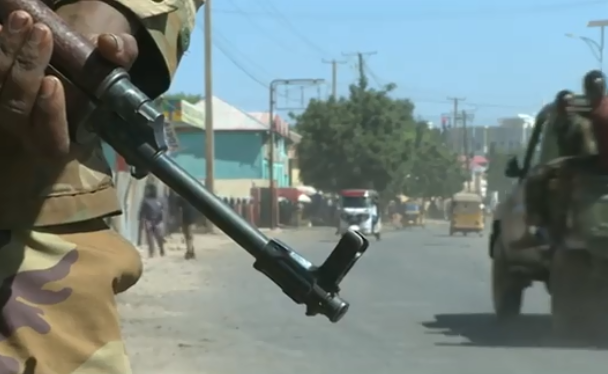 An auto rickshaw driver was on Monday shot dead by a government soldier in the outskirts of the capital Mogadishu. Eyewitnesses said.

According to eyewitnesses the deceased whose name is not yet identified was gunned down by the officer at Elasha area just 15km outside Mogadishu.

“The officer and the driver quarreled for a while. Suddenly the soldier pulled his rifle and shot at the driver killing him instantly.” an eyewitness told Caasimada Online.

A crowd of people gathered at the shooting scene while the body of the driver with blood everywhere was lying on the road.

Security officers have immediately reached at the scene to carry out investigations though the assailant disappeared.

A similar incident occurred on Monday morning at Mogadishu’s Hodan district where a government soldier deliberately killed a young man for refusing to pay him extortion money of $1.

Last week, another government soldier killed unarmed civilian at Sinai intersection in Mogadishu’s Warta Nabada district after a quarrel engulfed between them.

killings by government soldiers in the capital and other parts of the country are rapidly increasing yet there is no word regarding the prosecution of the officers behind the killings.