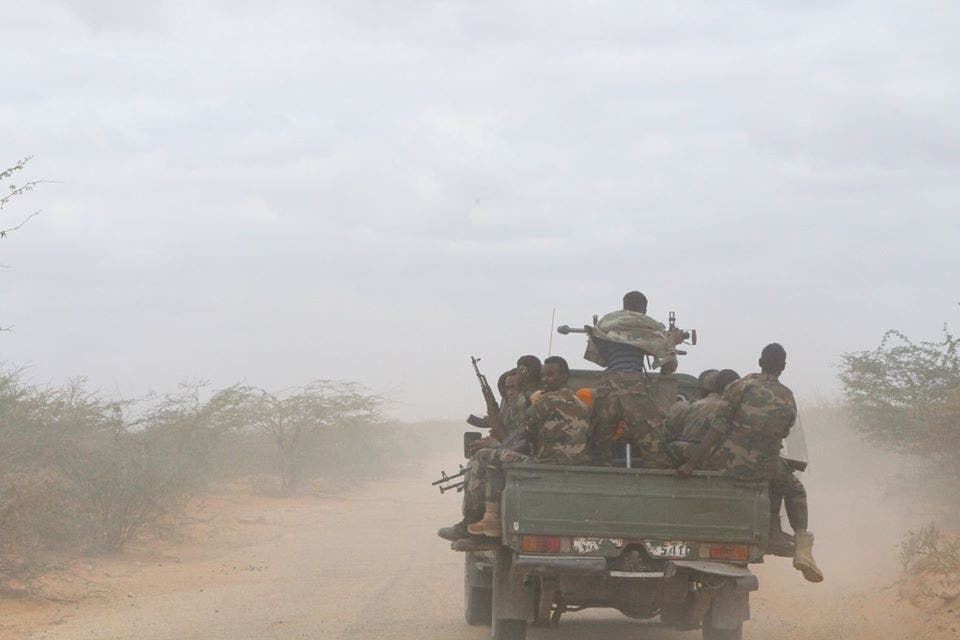 The district commissioner of Burdhubo town in Somalia’s Gedo region has survived an assassination attempt on Tuesday night after Somalia’s Islamist militant al-Shabab fighters launched an attack on the district headquarters in the town.

According to local reports, Alshabab targeted the District commissioner of Burdhubo district Abdullahi Sharif who was at that time in a meeting with other government officials.

Residents said heavy exchanges of gunfire between the two warring sides were heard in the town.

“Alshabab stormed the district’s headquarter and engaged a fierce fight with government forces which lasted for several hours,” a local resident told Caasimada Online via phone.

“There are casualties from al shabaab and government forces, but we have no exact figure,” he added.

The injured soldiers were rushed to the hospitals in the town for medical treatment while the district commissioner was reported to have sneaked to a nearby Ethiopian military base where he sought refuge.

The Al-Qaida linked group Alshabab claimed responsibility for the attack through their affiliated media sites saying they targeted the district commissioner though he escaped unhurt.

The militants group added that they inflicted heavy tolls on government soldiers in the town.

The latest attack comes barely weeks after the militant group carried out a similar attack on a military base manned by Somali forces in the town.

Reports from the town of Burdubo indicate that the situation is now calm and government forces are conducting operations.

Al-Shabab has lost control of several towns, including the capital Mogadishu in the past years but still controls large swathes of territory in rural areas which troops have been mounting operation to ensure that rural Somalia is liberated too.

Burdhubo town which is currently under the control of the federal government of Somalia was liberated in 2014 by Kenya Defense force and Somali forces in a joint operation.