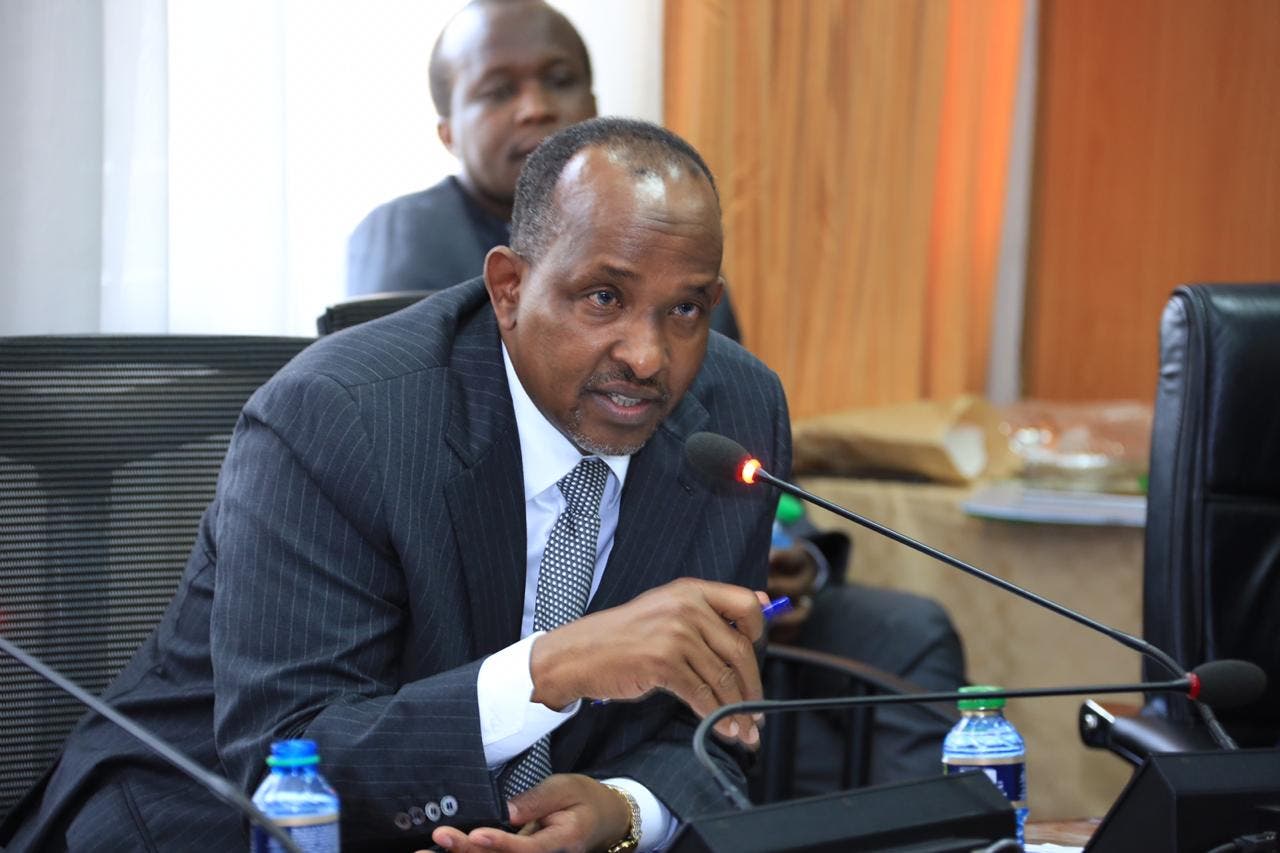 The departure of Garissa Township MP Aden Duale as National Assembly Majority leader is a staggering blow to the Somali community’s influence in national politics.

Duale has been the community’s highest ranking leader in national government and his purge, analysts say, has left a massive gap.

Because of his clout and political persona, Duale is the patron of the Northern Kenya leaders forum and the chairman of the Northeastern Parliamentary Group.

With the clamour to amend the Constitution likely to dominate the country’s political agenda in the next few weeks, it will be interesting to watch which direction Duale the heavyweight will take.

Though he was sacked for being a powerful ally of DP Ruto, his talents and efficiency in pushing the government’s agenda are well known. Though known for his acerbic tongue, he delivered a gracious departure speech and he’s far from out of the picture.

Duale previously maintained he will support a referendum to introduce a parliamentary system of government to end what he described as “post-presidential election chaos”.

Observers say it’s likely Duale will cross over and team up with the Building Bridges Initiative crusaders to push for a referendum to amend the Constitution.

This means he might emerge as vocal proponent of the BBI but still push for the interests of Northern Kenya and minority communities.

Should he assume a higher profile in the push for constitutional review, then Duale would remain a force to reckon with as the 2022  dynamics unfold.

Former Mandera Senator Billow Kerrow was the first to describe the political vacuum and dismay in the Somali community after Duale’s purge.

“Duale’s removal wasn’t unexpected but it was cowardly,” Kerrow said, calling his sacking inhumane and unappreciative of the Somali community’s support.

“He deserved better, not brute ingratitude. The bigger picture is a painful loss for Muslims and the Somalis as he was the highest ranking in government,” Kerrow said.

Duale has been DP Ruto’s most ardent foot soldier, with a venomous tongue that kept some of the DP’s adversaries at bay,  earning himself the title of Sycophant Number One.

The three-time MP, who was first elected as Dujis MP in 2007 on the ODM ticket, commands massive clout among the Somali community.

At the same time, the Garissa Township MP also chairs the Pastoralists Parliamentary Group Association, stretching his influence to at least seven counties.

He is expected to firm up his grip on the expansive pastoralist region as he positions himself ahead of the 2022 polls.

President Uhuru Kenyatta sent the vocal lawmaker to the  guillotine on Monday during a Jubilee Parliamentary Group Meeting.

The move could reduce but not eliminate his political influence across the Northeastern region. It could  complicate Ruto’s bid to consolidate the region.

Duale, accused by critics of being being a Jubilee sycophant, enabled the party to turn the tables against former Prime Minister Raila Odinga who until 2007 had a firm grip on the region.

Political analyst and USIU professor of History and International Relations Macharia Munene reckoned that Duale’s personality is unmatched among his peers from the Somali community.

“Duale is gifted and unique, he is a politician who was destined for greater things,” he said, calling his removal a blow to both the community and to Ruto.

“While Kenyans will miss his personality, his exit is a major setback to the political movement that he supports,” Munene said.

Observers argue Duale’s controversial politics and his fearless approach in the defence of  Somali and Muslim communities’ rights cemented his position as their virtual spokesman.

His rise to the political high table had given the Somali people a special place in the national government in the last seven years.

Indicative of his role in Somali politics, he rallied the Northeastern region behind the United Republican Party ahead of the 2013 General Election.

Following a bitter falling out with Raila, Duale joined forces with Ruto who was then the Eldoret North MP, to form URP.

Duale had just been sacked as assistant minister for Livestock in the coalition government. Ruto too was dismissed.

URP later went ahead to form the government after the general election following a political pact with President Uhuru’s TNA party.

After dumping Raila, Duale became a key URP lieutenant in Northern Kenya and turned the tables on ODM.

During the 2013 polls, Ruto’s URP swept most of the parliamentary seats in the entire pastoralist region, gains largely attributed to Duale’s efforts.

He was then rewarded with the position of Leader of the Majority in the National Assembly, an influential position that dramatically elevated his national profile.

The bullish lawmaker now may find it useful to watch his caustic tongue and reconsider his acerbic attacks on rival politicians as he maps out his own path ahead of 2022.

Former lawmaker Abdikadir Aden, told the Star that Duale’s exit was not just a blow to the Somali community but also a set back to the pastoralist nation’s push for a space in national politics.

“Duale had earned himself a place in national politics because of his hard work and fearless support for Jubilee. His ouster at a time when there is a push to amend the Constitution gives us some fears,” the lawmaker said.

He said, however, that leaders from the region would speak in one voice on what they want in the constitution to address marginalisation and historic injustices.

“We are clear as the leadership from this region, we will agree and take a common position on BBI so it is beneficial to our people,” he noted.

Some senior political leaders from Northeastern in Parliament include Garissa Senator Yusuf Haji, who is the chairperson of the BBI task force, which is working on national reforms.

National Assembly Minority Whip and Suna East MP Junet Mohamed has roots in the region, despite having been elected in Migori county.

Haji had recently led a team of elders and MPs from the region in appealing to the President to spare Duale, saying his position was given as reward for their support for Jubilee in the last two elections.