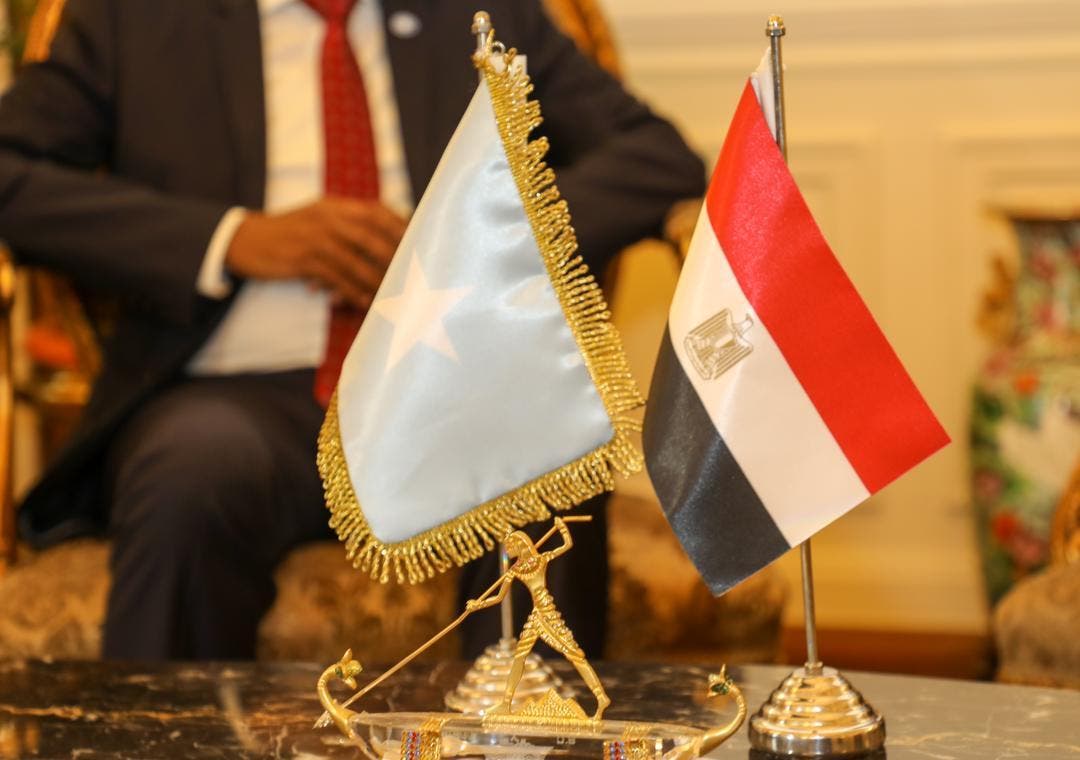 CAIRO — Egypt, as part of its effort to win more support from regional countries, hosted Somali Prime Minister Mohamed Roble this week. He arrived in Cairo on Aug. 16 for the first time since taking over in September 2020, at the invitation of Egyptian President Abdel Fattah al-Sisi.

Madbouli said he has directives from Sisi to offer all types of support to Somalia.

Roble’s visit to Cairo came a week after he met with Egypt’s ambassador to Somalia, Mohamed Nasr.

It also came at a time when is Egypt working hard to strengthen its presence in the Horn of Africa, an area Cairo had long neglected.

This neglect, analysts said, jeopardized Egypt’s interests in the region, including its rights to Nile River water, now at the center of a dispute with Ethiopia, which has been building the Mustafa Madbouli on the Blue Nile, the main tributary of the Nile River, which sends Egypt most of its annual water share.

Egypt took a series of measures in the past years to strengthen its relations with regional states and expand its influence in the region as part of an effort to protect Cairo’s interests.

“The Horn of Africa is of extreme importance for Egypt with some of its countries, especially those overlooking the Red Sea, suffering unrest and hosting some foreign military bases,” Tarek Fahmi, a political science professor at Cairo University, told Al-Monitor. “Some regional states are also members of the Nile Basin, which gives the region special importance for Cairo.”

Egypt has been working to cultivate warm relations with the countries of the region, including with Kenya, also locked in a water dispute with Ethiopia.

In April, Shoukry met Kenyan President Uhuru Kenyatta in Nairobi and handed him a message from Sisi.

A short time later, Sisi paid a visit to Djibouti, the first by an Egyptian president.

Egypt had negotiated with Ethiopia and Sudan over the multibillion-dollar hydroelectric dam for over a decade, but with no satisfactory results.

Cairo says it wants to secure its Nile water flow by signing a legally binding deal with Addis Ababa over the filling and the operation of the dam.

The United States, the African Union and the UN Security Council have been involved in attempts to convince Ethiopia to sign the deal. Nevertheless, none of these players succeeded in achieving the Egyptian goal.

Cairo is now trying to get Ethiopia’s prime allies, including China, to put pressure on Addis Ababa to sign the deal.

Some analysts said Cairo essentially turned its back to the continent following an attempt on the life of Egyptian President Hosni Mubarak in Addis Ababa in 1995.

Mubarak had just landed in the Ethiopian capital to attend an African Union summit when gunmen opened fire on his motorcade. He narrowly escaped with his life, but stopped attending African Union summits until his overthrow in 2011. Mubarak died at 91 in 2020.

“Egypt’s absence from the continent was very costly to it,” Fahmi said. “This absence gave the chance for Egypt’s rivals to occupy its place at all economic and political levels.”

Sisi has been working to reverse this policy, having paid a huge number of visits to African capitals.

He is also bringing interest in Africa to the heart of the Egyptian capital, having turned Cairo into a mecca for Africans through a large number of trade and investment fairs and conferences.

Somalia has been at the center of this interest. The Horn of Africa nation is of special importance to Egypt, given the effect security conditions in it have on navigation in the Red Sea and consequently the Suez Canal, security analysts said.

“Security conditions in Somalia are a matter of deep concern for Egypt,” retired Egyptian army Maj. Gen. Nasr Salem told Al-Monitor. “These conditions have their effect on security in the Red Sea and the Suez Canal.”

The Suez Canal is viewed by Sisi’s administration as a present and future nerve center of the Egyptian economy.

Egypt is apparently also employing soft power through Al-Azhar, the Cairo-based mosque and university that is seen as the world’s highest seat of Sunni Islamic learning, to draw Somalia into its orbit.

The grand imam of Al-Azhar, Sheikh Ahmed al-Tayyeb, met Roble on Aug.17 and said Al-Azhar would offer whatever support needed by Somalia.

At present, 873 Somali students are enrolled in the various colleges of Al-Azhar University.

Al-Azhar also sends aid and preachers to Somalia to spread its moderate brand of Islam in it.

The Egyptian prime minister told Roble that his government would consider raising scholarships offered Somali students at Egyptian universities to 400 annually, instead of 200 at present.

Somalia also has specified a plot of land for the construction of an Egyptian embassy in Mogadishu. In February, Somalia appointed a new envoy to Cairo. Somalia’s previous ambassador to Egypt and the Arab League, Mohamed Wa’ays, died of COVID-19 in May 2020.

Still, the road to better relations between the two countries is far from an easy one, Somali analysts said. Egypt will face intense competition from regional rivals Qatar and Turkey as it tries to gain a foothold in Somalia.

Qatar and Turkey are investing heavily in the Horn of Africa state, including at the economic and security levels. “Both countries have presence in Somalia already, having offered Mogadishu a lot of support in the recent past,” Somali researcher Hudayfi Abdirahman told Al-Monitor.