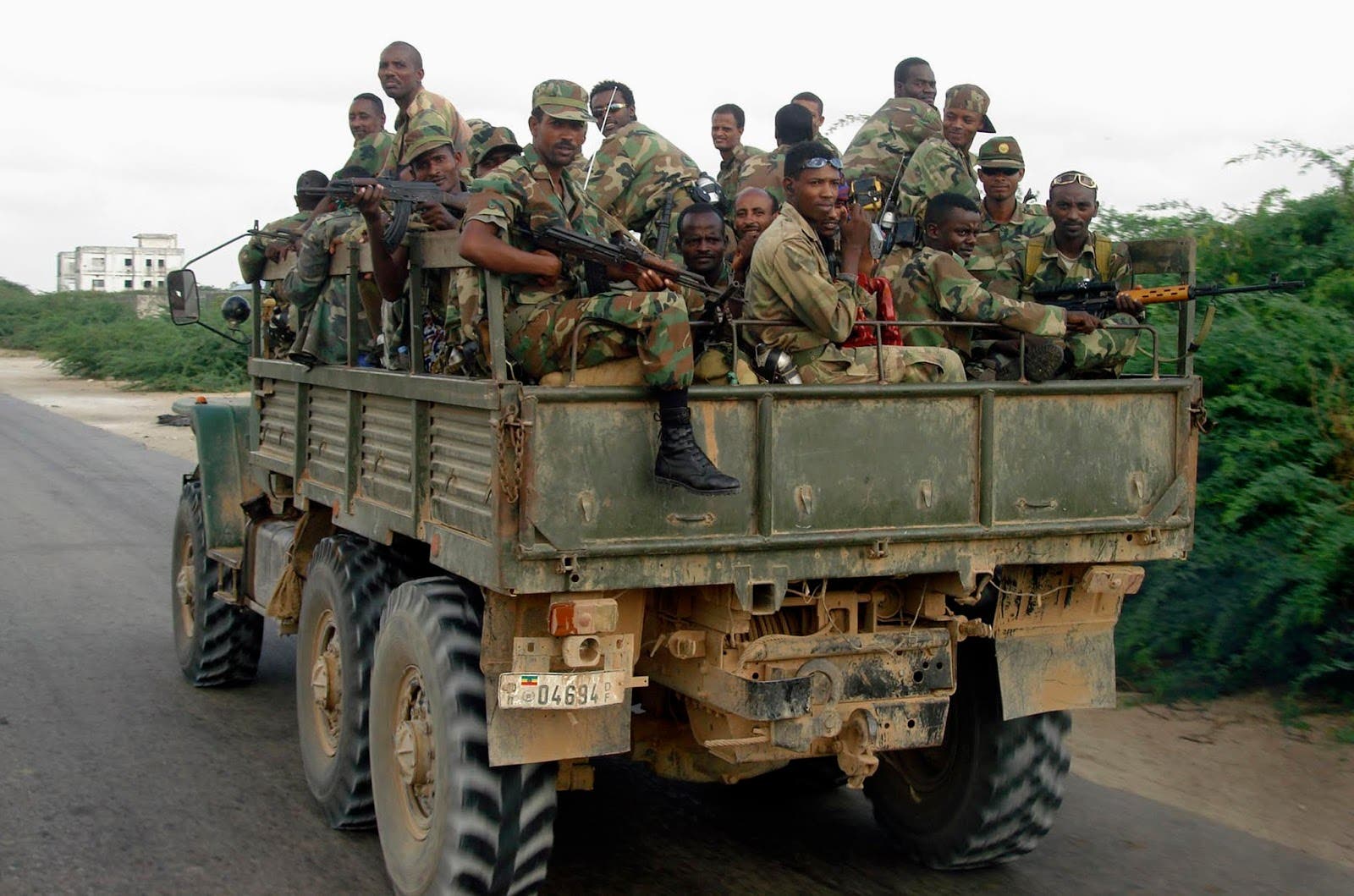 A pair of roadside bombs has ripped through a convoy carrying Ethiopian forces under African Union mission in Somalia on Wednesday.

The explosion has inflicted casualties on the AU forces after one of their vehicle has been damaged by the IED though; the exact number of the casualty figures was not confirmed. Said a witness.

The peacekeepers reportedly opened fire to response to the bomb attack, No casualties reported. Added the witness

Al Shabaab has claimed the responsibility for the bomb attacks.

Ethiopian contingent in Somalia did not comment over the attack.

The roads of the region are riddled with mines which are the main weapons used by Alshabab fighters against foreign soldiers.

Similar explosions struck numerous convoys of African Union Forces in Somalia, The group fights for flushing out foreign forces to oust the Somali government and impose Islamic sharia law in the country.

Somalia has been in a state of chaos and lawlessness since the early 1990s, when dictator Mohamed Siyad Bare has been toppled by clan-based warlords.