The European Union (EU) and its partners have not refunded Kenya a coin for its troops fighting Al-Shabaab militia in Somalia in the three months to September, latest Treasury statistics show.

The Treasury estimates show that Kenya will, in the year starting July, be demanding Sh5 billion -the least reimbursement from the EU compared to the past five years.

The budget for the African Union Mission in Somalia (Amisom) is set to fall further in subsequent years with the gradual withdrawal from the Horn of Africa country.

The 28-nation EU, the largest contributor of funds to the Amisom through the African Peace Facility, in April pledged to continue supporting the mission’s programmes and activities in financial year 2019/20.

The funds cater for allowances for the Amisom troops and police, international and local civilian staff salaries, operational costs of their offices, among others.

The soldiers receive the funds through the Kenyan government.

In the past, delay in reimbursement of the money has been linked to the UN’s insistence on proper verification of Kenya’s claims.

In October 2011, the country formally sent 4,660 soldiers to Somalia after incessant attacks and kidnapping by Al-Shabaab militants within its territory.

A year later, the UN Security Council gave Kenya the green light to join African Union Mission to Somalia (Amisom), a decision that meant the Treasury would not bear the full costs of the incursion. 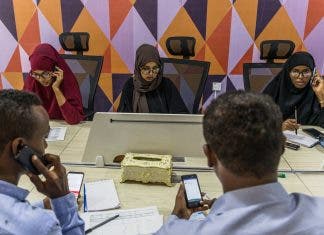