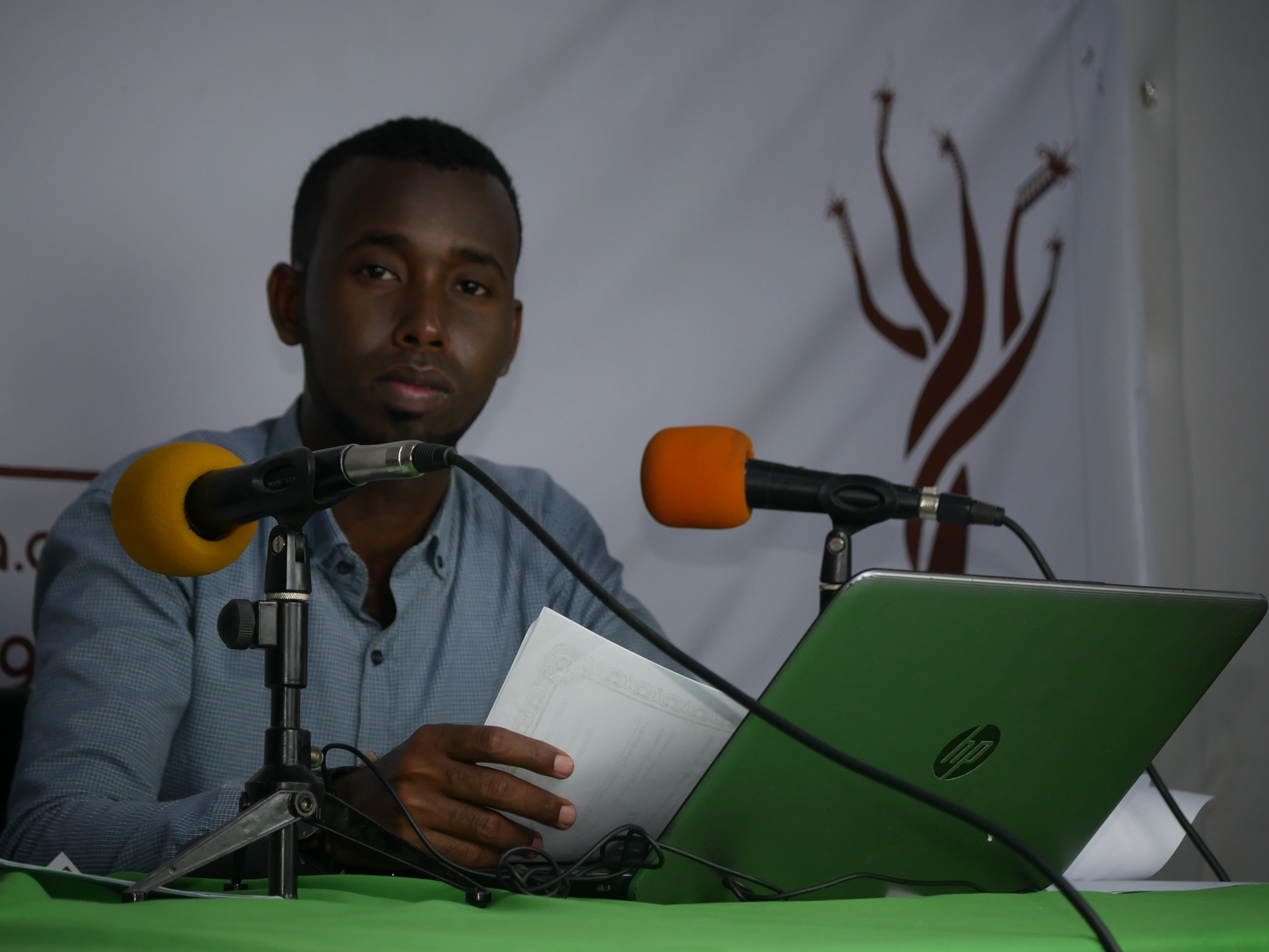 The Federation of Somali Journalists (FESOJ) vigorously condemns the raid against a journalist Abdiaziz Hassan Ibrahim, by some members from Somalia Haramcad Forces on Friday morning 1:40 PM local time while broadcasting live anti-government protests organized by the oppositions, in which used live bullets were used to disperse demonstrators.

Abdiaziz who is the Director of Radio Bandhiga an online radio based in Mogadishu and other journalist who were with him during the assault told FESOJ that the journalist Abdiaziz was badly harassed, confiscated his equipment including a smartphone before he was detained in the same checkpoint and journalist was forced to delete all recordings before he was released in the evening.

“So far, there is no detailed explanation of the real motive of the raid, there FESOJ refers the case to the Special Prosecutor for Crimes Against Journalists appointed by the Federal Government of Somalia to face legal actions those officers involved and committed the harassment against the journalist.

The beating and torture of Abdiaziz Hassan Ibrahim serves only one purpose: to scare journalists from covering sensitive issues like protests. Journalists have the right to report what happened in their neighborhoods which is unacceptable” FESOJ new Secretary General Farah Nur said on Saturday,

We are appalled by this senseless and cruel treatment of a working journalist. The brutal behaviors of security forces towards journalist Abdiaziz Hassan Ibrahim shows there is no end to endangerment of journalist’s safety, therefore I urge the Federal Government of Somalia to hold accountable the officers involved,” said Farah Nur, FESOJ Secretary General.

FESOJ President Abadir Abdulkadir Elmi, who met with the journalist after his release, confirmed that the journalist had suffered visible torture injuries, so he helped him get medical treatment urgently.

As Somalia enters a tough election period, FESOJ calls on all parties to respect the freedom of speech and the media, which is clearly enshrined in our existing Constitution.