Counsel Ahmednasir Abdullahi, the Grand Mullah – who tells it as it is – has told off Deputy President William Ruto over his remarks recently calling on the courts not to give bonds to suspected terrorists in custody.

“[Deputy President] Ruto says accused in terror cases should not be released on bond. He was released on bond in Kenya and Hague on crimes against HUMANITY”.  Emphasis his.

Ruto had lambasted the courts for releasing two suspects (but whom it has now been revealed were never arrested in the first place) who are claimed to be responsible for the recent Mombasa blasts.

Mr. William Ruto and National Police Service must not be allowed to keep misleading public and accusing Judiciary on matters bail and or conviction of suspects. They must take full accountability and responsibility for failing to do their work professionally. They must be held to account for their failure and stop blaming other arms. The buck stops with National Police Service and Office of Director of Public Prosecution. Period! The rest is propaganda and distortion of facts to cover failure.

Mr. Ruto should be unequivocally informing Kenyans of what concrete steps are put in place to create, in accordance with the Constitution, a credible, impartial and effective National Police Service that delivers Policing and Law Enforcement services professionally. He should also be informing the country what solid steps that have been taken to strengthen Office of Director of Public Prosecution. Mr. Ruto must bite the bullet and confront the real problem (ineffective, inertia, unprofessional, unaccountable and incompetence Police and inadequate Prosecutorial system) rather than shifting blame to others.

Listen to this judgment delivered on April 29, 2009 in relation to Kiambaa Church burning. In the High Court of Kenya at Nakuru, Criminal Case No 34 of 2008, Republic Vs. Stephen Kiprotich Leting and 3 Others ( all accused of Kiambaa Church burning) Judge DKMaraga delivered judgment on April 29 2009 seriously indicting Police and Prosecution for failing to do their work and then shifting blame to judiciary. The judge accused Police and Prosecution inability to provide COMPELLING reasons and or evidence to enable judge make proper decisions on bail and or conviction

The Judge said this and I quote, “ Judiciary is being accuse of acquitting criminals and unleashing them to society. Since I do not know if the critics have any specific cases in mind which they have not disclosed, I do not want to dismiss those complaints off hand. BUT what I know is that courts acquit persons if there is no evidence against them. For God’s sake let our leaders not lose sight of the fact that judicial officers are citizens of resident in this country who, like anyone else are vulnerable to criminal attacks. As matter of fact a magistrate was recently killed in Nairobi and others have been killed in the past. I cannot therefore image how a judicial officer can acquit an accused person against them whom sufficient and credible evidence has been adduced”.

The judge did not stop there. He turned to Police shoddy work. He said, “ The Case before me is not an ordinary murder case but one relating to post-election violence which, as I have pointed out brought this country almost to the brink of precipice, and coming at the time when allegations are rife that courts are unleashing criminals to the general populace, I have to pint out the SHODDY POLICE INVESTIGATIONS in this case so that blame is placed where it belongs. Call it a blame game or what you like but that is the truth of the matter”.

He added, “ Given the importance of this case and for the benefit of the public I wish to state a truism in our criminal jurisprudence: out of 100 suspects, it is better to acquit 99 criminals that to convict one innocent person. Because of that our law requires that for a conviction ( my addition even for denying someone Bail) to result the prosecution must prove beyond reasonable doubt the case against an accused person. That is why many suspects are released. Courts therefore decide cases on evidence as by law required. If they fail to do that the critics will be the first ones to lambaste them with allegations of incompetence”.

In conclusion, the judge said, “In this case, without placing any evidence on record, the prosecution wants me to find that the Accused had a common intent with the murderers of the deceased and were part of that joint enterprise. That cannot be. Our SECURITY AGENCIES HAVE TO DO THEIR WORK AND DO IT PROPERLY otherwise our people will be despondent and will take the law into their own hands as is already happening in some parts of the country. And the consequence of that is: total anarchy. If there is any problem in the police force like not being adequately facilitated to combat crime(professionally), that issue should be urgently addressed otherwise we will continue crying foul and crime will continue soaring”.

Therefore, Mr. William Ruto and National Police Service stop passing the buck. It stops right with you. Do not blame Judiciary and or Constitution. In fact, the Constitution is clear on matters of bail for suspects. It allows a right for bail granting to every suspect whenever presented before the Court. But it has a caveat that bail may be denied if there is COMPELLING reasons. Reading Justice Maraga judgment excerpts given above, it is core responsibility of the National Police Service and Prosecutor to provide compelling reasons and evidence why a suspect should be denied bail. Period! It is time Kenyans turned their eyes firmly on the National Police Service and ask the hard questions without blinking. 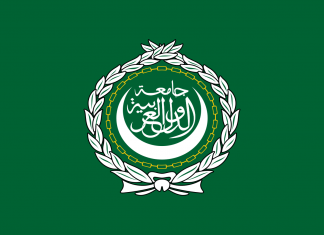