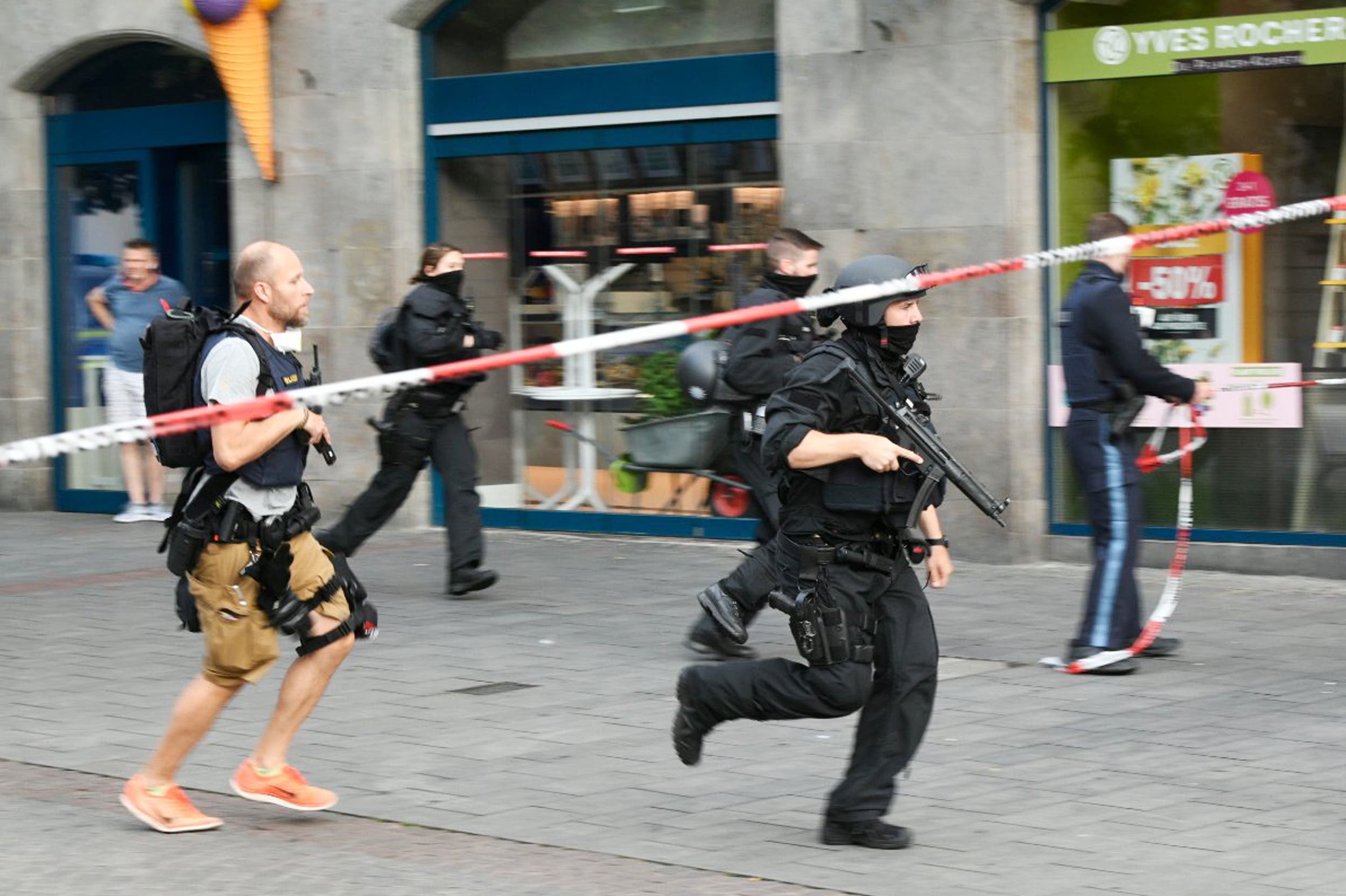 The suspect in a knife attack that left three women dead in southern Germany has been remanded in custody on suspicion of murder.

Authorities are still investigating a possible motive for the stabbing spree in the Bavarian city of Würzburg, around 120 kilometers (74.5 miles) east of Frankfurt.

On Friday, the suspect walked into a department store and asked a saleswoman where the knives were, regional police chief Gerhard Kallert told a press conference Saturday. He is then alleged to have stabbed three women to death before attacking people outside. Six people were injured, one of them critically.

The attacker was subdued after being shot once in the thigh by police.

According to his lawyer, he is facing three charges of murder and six of attempted murder.

What have investigators discovered?

The suspected perpetrator is a 24-year-old Somali man who has lived in Germany since 2015.

Prosecutors told reporters he had temporarily been admitted to a psychiatric hospital earlier this year after threatening someone with a knife at a homeless shelter where he was living.

Chief criminal director Armin Kühnert said investigators had also found hateful texts on a phone at the shelter where the man was last based.

In search of a motive

Bavarian Interior Minister Joachim Herrmann said investigators were looking into whether the suspect’s mental state or possible Islamist motives could be behind the attack.

“We don’t know either one thing or the other for sure at the moment, but I just want to note that they don’t rule each other out,” Herrmann said.

Witnesses reported hearing the suspect shout “Allahu Akbar” (God is greatest in Arabic) during the attack.

Authorities said the suspect is not known to the police for crimes that “lean in the direction of Islamic extremism.”

Local Würzburg officials said the case would now be taken over by the Bavarian State Criminal Police Office.

An attack against ‘all humanity’

Chancellor Angela Merkel said the investigations will ultimately reveal the suspect’s motive. “But what is certain is that the horrific act is directed at all humanity and every religion,” her spokesman Steffen Seibert said on Twitter.

President Frank-Walter Steinmeier voiced shock at the “extreme brutality” of the attack.

“We are mourning in all of Germany today with the relatives of the victims,” Steinmeier said, wishing the injured a swift recovery.

Representatives of the Catholic, Jewish and Muslim communities were expected to attend a memorial service for the victims on Sunday.

Meanwhile, the far-right Alternative for Germany (AfD) party, known for its anti-immigration stance, slammed what it called “Islamist” violence and blamed the attack on Merkel’s “failed migration policy.”

Investigators have not confirmed the attack as an Islamist act. But such a conclusion could reopen a debate over immigration in the lead-up to Germany’s federal elections in September. The topic has not been discussed as widely this year, compared to the last vote in 2017 when the AfD won seats in parliament for the first time.