The fight flared in Burdubo town after Al shabab fighters launched an attack on a military base in the town which is under the control of Somali National Army.

According to local residents, both sides exchanged heavy and small weaponry that could be heard from remote distances during the confrontation, casualties reported although the casualty figures on both warring sides have not been established so far.

Military officials said government forces have fought to hold off the ambush assault from Alshabab and inflicted casualties to the militants during the counter attack.

“Al-Shabaab attempted to attack SNA forces army, the federal government forces through tip-off were aware of the group’s plan before even they attacked the base, therefore the group was defeated,” Nuur Kadiye Ibraahim, an official from the government said.

Reports from the town of Burdubo indicate that the situation is calm and government forces are conducting operations.

There was no immediate comment from the militant group about the loss of their fighters during the fighting in the town.

The group often carries out hit and run attacks in major towns under government and deadly explosions in the capital Mogadishu.

The group was pushed out of Mogadishu capital in 2011 by Somali army troops and 22,000-strong African Union force in Somalia.

The rebel group also lost most of their strongholds, but it still controls large rural areas and remains the key threat to peace in Somalia.

The al Qaeda linked group has been fighting for over ten years to overthrow the internationally-backed government in Somalia. 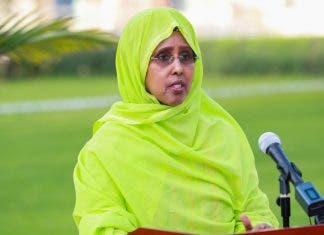