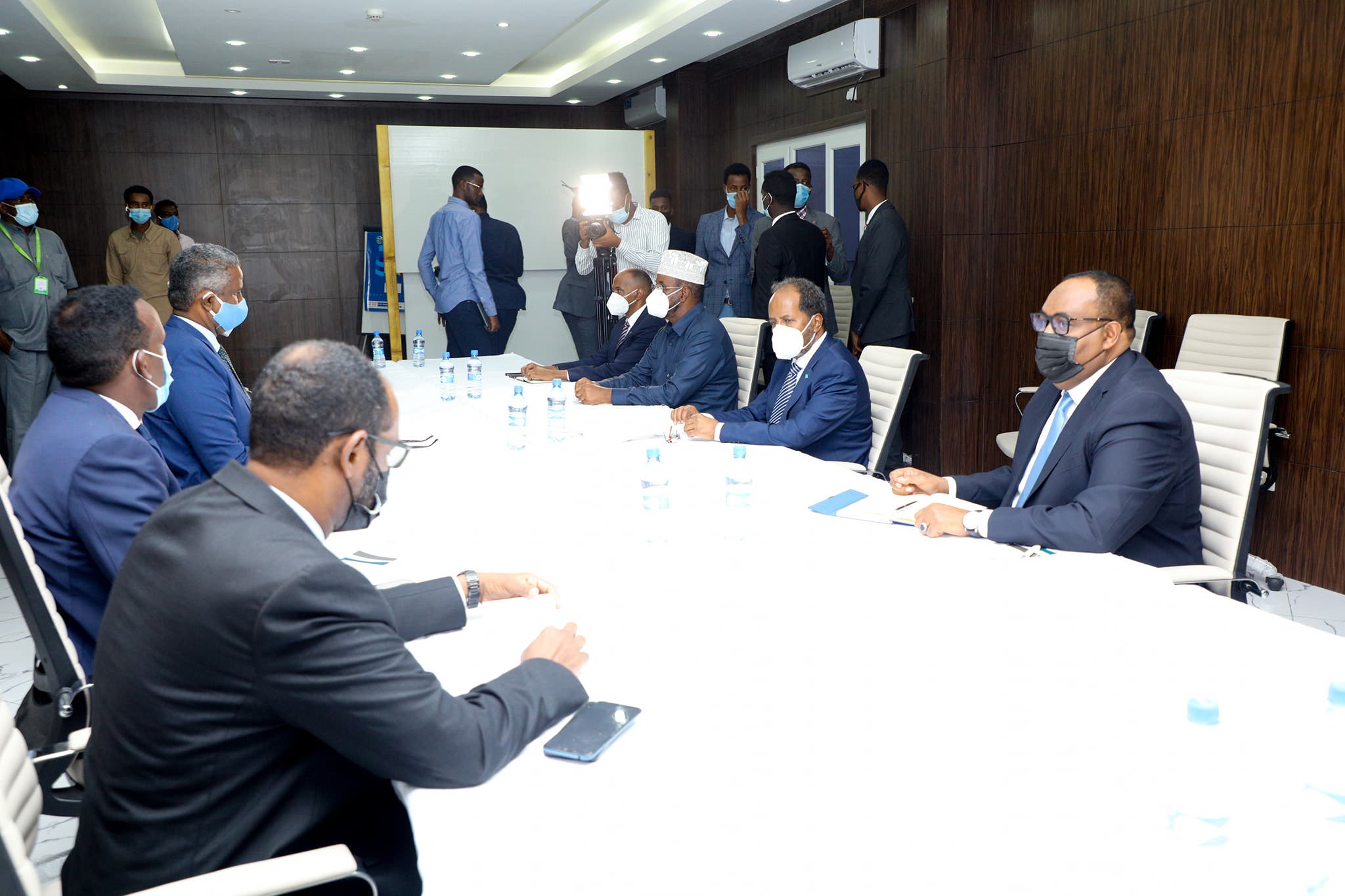 Most Somalis understood the “Afisyooni” sideshow would end in failure because its success was framed as a function of whether Farmaajo would get his way or not. It was not so much Somalis coming together to compromise in the national interest, as accepting Farmaajo’s roadmap to stay in power by force. Failure was of course engineered which is what Farmaajo wanted.

Farmaajo was not only a truly appalling president but also politically beyond the pale and he knows this as much. That is why he never publicly declared his candidacy and chooses to speak through sycophantic goons. So insecure he is of his prospects that he has become convinced he would even lose a rigged election and the only way to stay in power was by force.

Farmaajo’s callous ineptitude has already cost Somalia heavily and set the country back decades. Terrorism, Covid-19, insecurity, economic mismanagement and pervasive corruption have combined to reverse all of the tangible progress the country made in the past decade. Moreover, his tyrannical delusions are now pushing the country over the last edge with the real prospect of a civil war at any time.

Whilst Farmaajo is threatening the people of Mogadishu with another round of destructive civil war, his family is enjoying the relative comfort and safety of the United States with all the benefits democracy and peace have to offer – precisely the very things he is denying the people of Somalia. He, and many of those behind him, have tucked away their families in the safety of the West and feel they have no stake in the city, nor care about the lives that would be lost in a civil war. It puts into context why the people of Mogadishu have suffered greatly and will continue to suffer immensely.

Another remarkable aspect of this is the collective delusions of those still around Farmaajo, even as the country slides into civil war. Start with a prime ministerial dud who is supposed to be the face of “local representation” and holds a key constitutional mandate that can save the country but has chosen to become another one of Farmaajo’s willing goons. His only preoccupation is being the political lackey that puts Farmaajo above the country. We of course knew that the Qabiil gene pool from which he and others like him are selected excludes those with integrity or a sense of patriotism. However, this level of prime ministerial degradation is extraordinary and represents a new personal low him.

The issue of the prime minster failing to do his constitutional duty is not one of political courage, but basic leadership. One can never develop political backbone if they never had it. However, it lays bare the tragedy afflicting Somalia and is another example of state of political stupor the prime minster is in. By becoming another pawn in Farmaajo’s kit when his own city, people and indeed the whole country, are on the verge of civil war, he has become another enabler of the immense damage that is done to his country. At the very least, he should have resigned. The fact that he is another spectator reflects personal, moral and leadership failures on his part. It is deeply appalling.

Farmaajo is now a warlord in Villa Somalia and reasoning with a deluded fantasist would be hopeless.  It is time for the National Salvation Forum to move forward, elect and declare a new president who can bring the country together and work on new election modalities. One thing is clear though: Farmaajo will do his worst and the people of Mogadishu need to understand that and be ready to stand up for their country, peace and democracy.

Farmaajo cannot hold hostage the peace, security and fragile stability of an entire nation forever. He is on the wrong side of history and will not prevail.