Kenya: Machakos Senator Johnstone Muthama has broken ranks with CORD leaders’ call on the Government to withdraw the military from Somalia.

Speaking during commissioning of a new complex at Mbilini Primary School in Kangundo constituency over the weekend, Mr Muthama said such a move would amount to cowardice.

In a rare sign of support to Jubilee government, the outspoken senator said he was fully behind President Uhuru Kenyatta’s resolve to pursue the perpetrators of terror inside Somalia.

“Politics aside, I want to declare my support for President Kenyatta’s resolve as the Commander In Chief of the Kenya Defence Forces to dispatch our soldiers to Somalia, and all Kenyans of goodwill should back this noble action,” said Muthama. He described the frequent terror attacks as ‘last kicks of a dying horse’, which must be fought back with resilience and extra vigilance by all Kenyans. 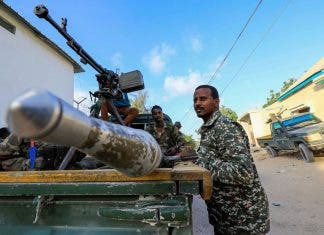