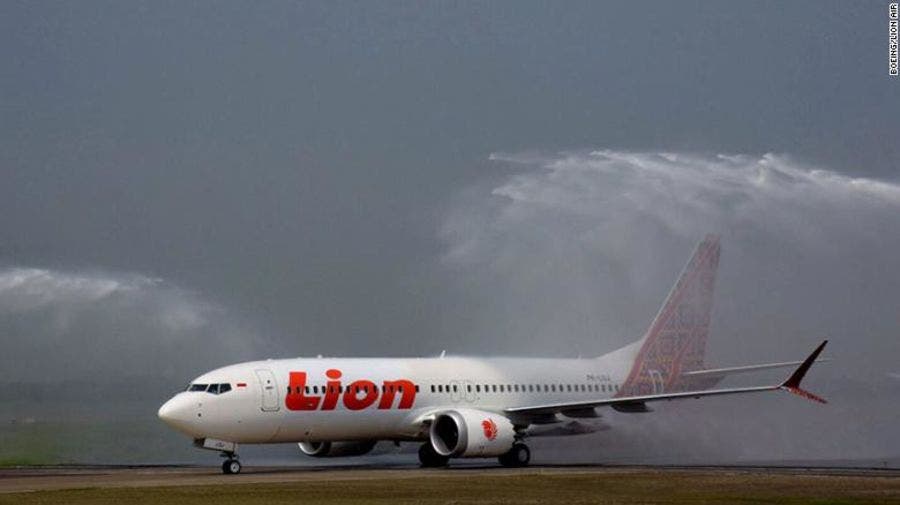 JAKARTA (Caasmada Online)–A brand new Indonesian Lion Air plane carrying 189 passengers and crew crashed into the sea Monday, officials said, moments after it had asked to be allowed to return to Jakarta.

The Boeing-737 MAX, which went into service just months ago, vanished from radar 13 minutes after taking off from the Indonesian capital, plunging into the Java Sea.

Disaster agency spokesman Sutopo Purwo Nugroho tweeted pictures of debris, including what appeared to be an emergency slide and various parts of a smashed mobile phone.

Authorities were still searching for the remains of the plane, which lost contact with air traffic control around 6.30 am (2330 GMT), en route to Pangkal Pinang city, a jumping off point for beach-and-sun seeking tourists on nearby Belitung island.

Images filmed at Pangkal Pinang’s main airport showed families of passengers crying, talking frantically on their mobiles phone and hugging each other.

AFP / HADI SUTRISNO Distraught family of passengers gathered at Pangkal Pinang airport, where the plane had been headed

The transport ministry had initially said there was a total of 188 people on board.

The finance ministry said around 20 of its employees were on the plane.

It was not immediately clear if any foreigners were on the downed plane, which Lion said was a new, airworthy plane that had only gone into service in August.