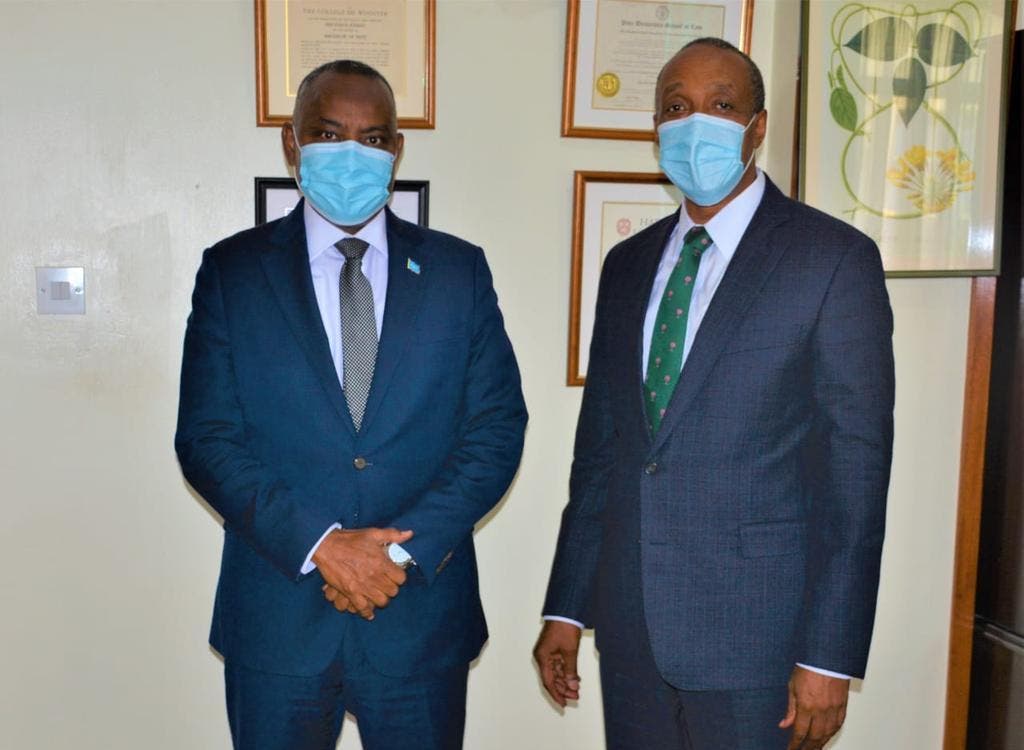 Kenya and her neighbour to the West, Somalia, have started a journey of re-building their bilateral relations after months of a public spat.

Towards the end of 2020, Somalian authorities severed diplomatic ties with Kenya in the dead of night citing interference and violation of her sovereignty and territorial integrity.

The two countries publicly exposed their differences to the point Somalia withdrew all its diplomats from Kenya, ordering Kenyan diplomats to leave the country within 7 days.

In the closed-door meeting, the duo explored new areas of cooperation between the two countries aiming at deepening the broken relationship.

Oguna said the committee was to explore diplomatic means to resolve them which to date, has made significant progress.

In June 2021, Kenya and Somalia’s Foreign Affairs Ministers agreed to speed up the re-opening of embassies in each other’s countries.

Amb Raychelle Omamo and her Somalia counterpart Mohamed Abdirizak Mahamud said they arrived at the decision after a telephone conversation.