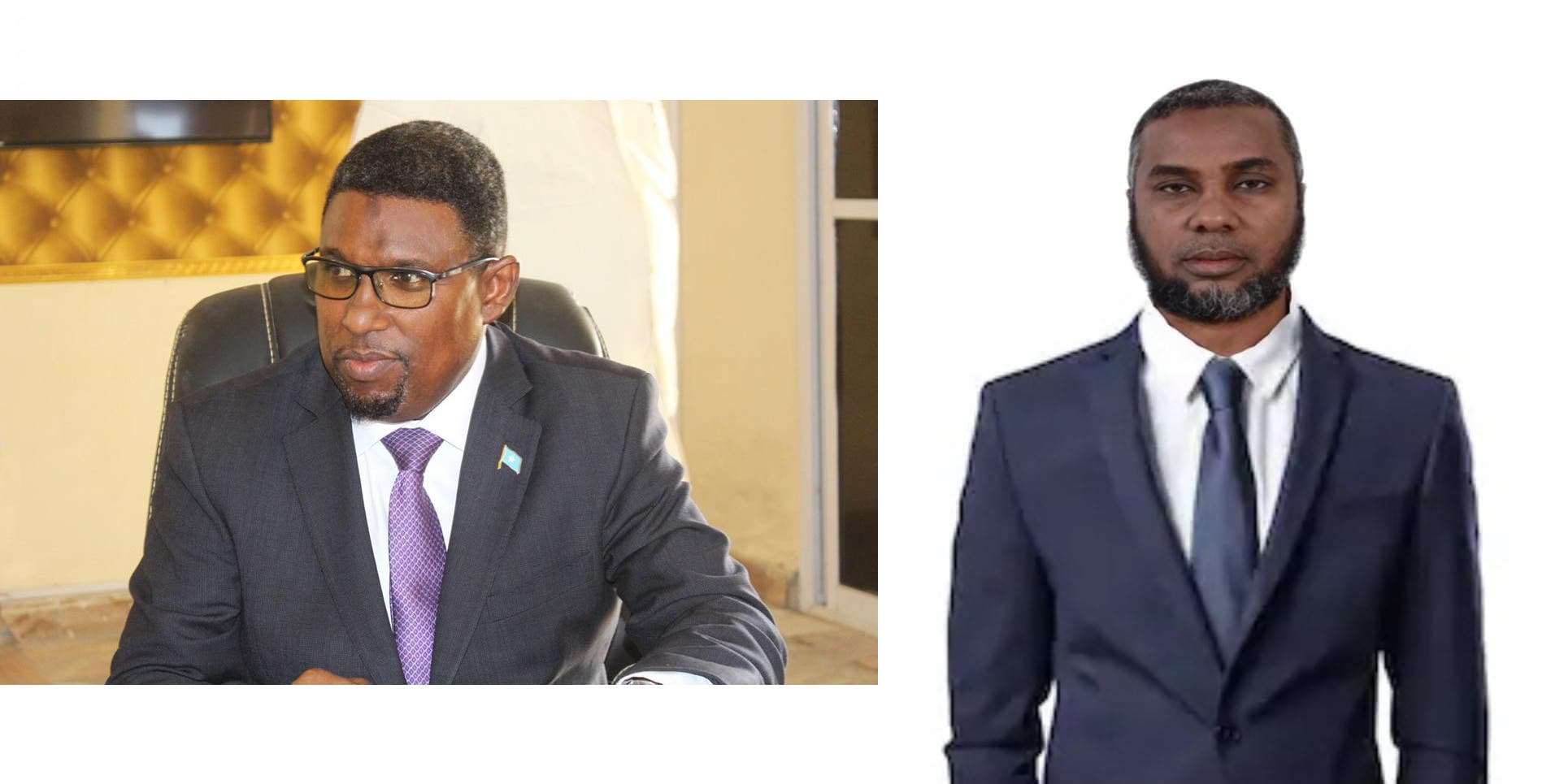 Banadiri Community on Thursday accused the Somalia’ minister for petroleum Abdirashid Mohamed Ahmed and his close associate Abdullahi Shiikhey Baa-Hassan of masterminding a campaign to grab their parliamentary seats, a time Somalia’s prime minister is currently focused on reviewing the disputed electoral commission.

Corruption and power grappling is widely common in Somalia, where marginalized groups like Benadiri community always become victims for powerful politicians, whose aim is to steal their rightful parliamentary representation.

Both Minister Ahmed and Baa-Hassan are close clan relatives teamed up to take seats from the Benadiri community by force and with impunity.

Activists and political leaders on Thursday accused the minister of petroleum to forcefully and illegally trying to grab extra seats for his Sheekhaal clan, which is already enjoying holding of another Banadiri seat that the minister took by force in 2016.

“The petroleum minister, who is a friend of the Somalia prime minister is holding hostage the list of the committee facilitating the election of Banadiri members of the parliament, he rejected the community to nominate its representatives to the list of the SIEIT, and he is keeping the list to make sure to add only individuals who will facilitate for his personal and clan interest” Mohamed Abanur, a Banadiri community leader and human rights activist based in London said.

“The minister wants to grab more seats for his nephew and Abdullahi Shikhey Baa-Hassan, who is from his same sub-clan and runs the auctioning deals of the Somalia oil and gas blocks on behalf of the minister and the incumbent president Mohamed Farmaajo. it is illegal, unconstitutional and deliberate violation against the rights of our people, who were victims of the ministers’ political misconducts since 2016” Abanur added.

There are calls for the minister to return the seat he illegally grabbed and moved to Baidoa in 2016, since it was rightly belonged to the Banadiri community. Unfortunately minister is still trying to replicate his actions in 2016 and steal more seats from the Banadiri community on his capacity as a minister.

However, the traditional elders also called for the prime minister of Somalia H.E. Mohamed Hussein Roble to stop his ministers from unseating the political representations of the minority communities that were subjected to unjust power sharing since the collapse of the central government.

“Minister Abdirashid stole our parliamentary seat in 2016, he illegally moved that seat to Baidoa for his individual advantage, that mission succeeded for him, because the government of that time denied listening our voice and complaints, now the minister wants to give other seats from the 5 remaining Banadiri seats to his clan members and that is very unjust” clan chief Sheikh Osman Tadamun said.

“We need justice, we need the government to stop the minister and his clan comrade Abdullahi Shiikey Baa-Hassan subjecting the violations to our community” he added.

Last week, Prime Minister Roble appointed a ministerial-level committee to verify complaints against members of the electoral commissions of both regional and federal levels to ensure transparency in the coming elections and to delist all civil servants and members of the armed forces. however, it might be far from being transparent, since many of the electoral commission members were just added in the lists by the individuals that have agenda to facilitate themselves for the parliament positions.

The banadiri community is among the clans that were not given opportunities to nominate their representatives for the election committees nor being consulted to have voice on their representative to the electoral commission, and for that reason their parliamentary seats always fall on the wrong hands.

In May 2020, Baa-Hassan, who is the key mastermind of violations against the Banadiri community was the key negotiator of the release of Silvia Romano, an Italian held hostage by alshabab and was released after millions of dollars of ransom were paid to the terror group through Baa-Hassan.

Last year, the former district commissioner of Hamarweyne Hon. Omar Sharif Jeeg accused minister Abdirashid and Abdullahi Shiikhey Baa-Hassan to stop unseating the Banadiri communities from the parliament and called the president of Somalia, the prime minister and the international community members to intervene the matter.

However, the president and the prime minister didn’t intervene the matter, while the international community turned deaf ears to the calls to convey the voices of the abused minorities to the Somalia leadership to stop the violators from grabbing the seat from the communities that have no power to protect their seats.

If the minister and his clan friend Baa-Hassan succeed to submit their own list of SIEIT members facilitating the elections of the Banadiri seats of the parliament, it will facilitate them to grab more parliament seats, which reduces the Banadiri community to have very reduced representation in the parliament.