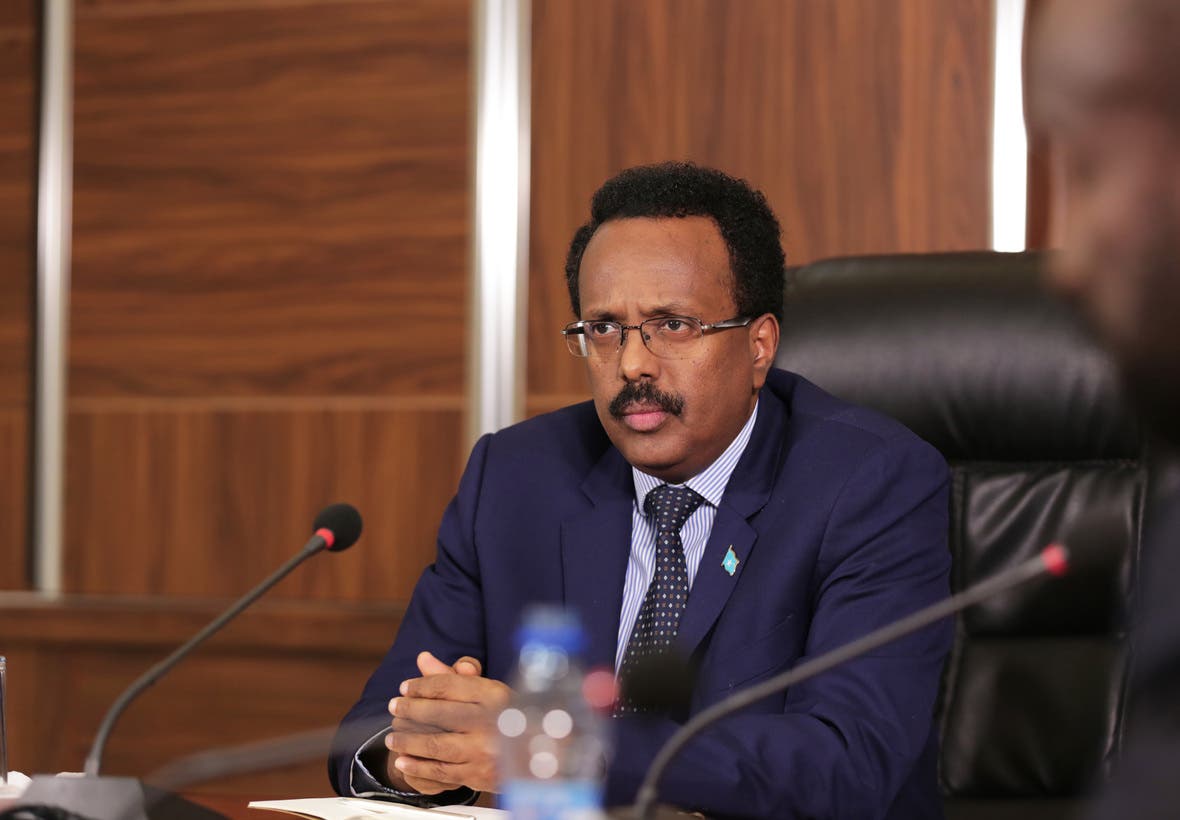 For the past few months, it was abundantly clear that President Mohamed Abdullahi Farmaajo was desperately trying to orchestrate an extension of his four-year term without ever uttering the desired but elusive and unpopular E-word. He was doing that by creating a conducive environment that makes it all but certain that he will remain in office beyond 08 February 2021 when he is constitutionally mandated to vacate Villa Somalia. Unfortunately, President Farmaajo is not the first Somali president to pursue that wild goose chase, and I’m afraid that he won’t be the last one. For the past 20 years, I have had a front-row seat as former presidents, feeling cheated by the velocity of the four-year clock and the slowness of overall progress, turn into the grand delusion of mandate extension as a solace.

I was a young political operative working at the Office of the Prime Minister and then as a journalist when, in the early 2000s, president Abdulqasim Salad Hassan’s dogmatic refusal to join the Kenya-hosted but Ethiopia-orchestrated Eldoret “reconciliation conference” was going into high gear. Virtually all Somali factions were present except the Transitional National Government (TNG). President Abdulqasim knew, rightfully, that Ethiopia and Kenya were bent on dismantling the TNG, which they’ve always viewed as a pan-Somali entity filled with Islamists and sponsored by Djibouti, to the chagrin of the two big neighbours.

Eventually, the conference organizers convinced the then prime minister, Hassan Abshir Farah, to be pragmatic and join the process by relocating to Embagathi on the outskirts of Nairobi. The PM’s defection was a catastrophic blow to the TNG and a hugely legitimizing factor for the Embagathi process. In the end, president Abdulqasim grudgingly joined the process himself, ultimately sustaining a humiliating defeat in the 2004 presidential election, which saw Abdullahi Yusuf being elected. Four years later, the late president Yusuf would meet an even worse fate, this time in the hands of Americans and the same Ethiopians who had helped him to the throne. They threw him under the bus after they found him to be a stubborn old soldier who was undermining a peace negotiation between his moderate prime minister, the late Nur Adde, and the Union of Islamic Courts led by Sharif Sheikh Ahmed. Like Abdulqasim before him, President Yusuf was permanently ejected from Somali politics.

Barely two years later, President Sharif Sheikh Ahmed would negotiate a one-year extension to his three-year transitional mandate in what was known as the “Kampala Accord.” The deal made a government led by then PM Farmaajo (and which I was a cabinet minister) a sacrificial lamb. Nonetheless, that move would prove to be a fatal mistake, because the international partners, who are Somalia’s lifeline, would coalesce around Sheikh Sharif’s then Prime Minister Abdiweli Gaas over the president to manage the electoral process of 2011-2012. Overnight, president Sharif, would be disempowered and rendered a mere participant in the process that ultimately saw president Hassan Sheikh being elected in September 2012.

Having closely observed Somalia’s recent political history where prime ministers become smarter and or were weaponized against their wayward bosses, President Hassan Sheikh Mohamud deftly took the initiative nearly two years before the end of his term and publically pledged that (a) he was not seeking an extension of his term and (b) that he was going to negotiate the electoral process with all stakeholders. It was a stroke of genius because, in doing so, he dominated the process, but this time, he made the prime minister a mere observer. Of course, he’d also lost the election in the end. Somalis, have this terrible habit of making presidents as one-termers.

Nearly four years later, we are back in the exact same intersection we found ourselves four times since the Third Republic was reestablished in 2000. Until a few days ago, President Farmajo had the option of following the footsteps of Hassan Sheikh and take charge. However, when the senate (upper house) announced on 9 June that, as the body that represents member states, it would lead a negotiated electoral process — something almost everyone was calling for — President’s Farmaajo’s only remaining option is to pragmatically become an honorable participant of the process, much like Sheikh Sharif.

Failure to do that would, almost certainly, lead to scenarios similar to Abdulqasim, Abdullahi Yusuf and Sheikh Sharif’s where the prime ministers had to lead instead of being beholden to their delusional bosses. I am afraid writings are all over the wall for history repeating itself. Hours after the senate issued its stinging resolution, the US Embassy to Somalia came forward with a strongly worded letter, supporting the initiative and calling directly on president Farmaajo to “join the process.” That sounds ominously familiar to anyone who knows the ABCs of politics and diplomacy.

By now, it is no secret that Prime Minister Hassan Khaire understands his boss’ position is untenable. By all accounts, he’s entirely on board with the senate’s call for negotiated of settlement and has been urging (from behind the scenes) Galmudug and Southwest states to join the three others (Puntland, Jubbaland and Hirshabeelle) who had already supported the senate initiative. The international community is also telling the PM they need a partner. As the Prime Minister has the legal and constitutional prerogative to play a lead role, the urgency of time and the need to protect his legacy may force him to part ways with his boss.

It is crunch time for president Farmaajo, and his options are dwindling by the day. It is entirely conceivable that negotiation over the electoral process between federal member states and the federal government would commence without him, should the PM decides to join the mainstream camp. But even if the PM doesn’t break the deadlock, what is abundantly clear is that the electoral process is no longer under the exclusive domain of the executive branch.

The Senate initiative, which now enjoys broad support among Somalis, essentially upstaged the legislative process peddled by team Farmaajo. Their plan was designed to culminate in a mandate extension packaged as a “technical extension” by the National Independent Electoral Commission (NIEC) when its chair appears before a joint parliamentary session on 27 June. (To digress, this ‘technical extension’ sleight of hand, worked for Farmaajo’s buddy, ‘Brother Abiy’ but sadly for Farmaajo, and luckily for the rest of us, Somalia isn’t Ethiopia.

With the senate, majority of the member states, leading opposition figures and, so far, the US (which has been the single most important ally of President Farmaajo for three and half years), all in one voice, a negotiated electoral process is inevitable—and that is a major victory for Somalia.

I hope I don’t get to see another president trying the same trick again and expecting a different result. Time for kicking the can down the road is over. Consensus on the way forward is inevitable, and it is the only option President Farmaajo has. Before his PM does it for him, His Excellency, the President, needs to join the peace caravan.

Abdirashid Hashi is the Executive Director of the Heritage Institute for Policy Studies (HIPS). The views in this article are his opinion and do not reflect the view of HIPS.