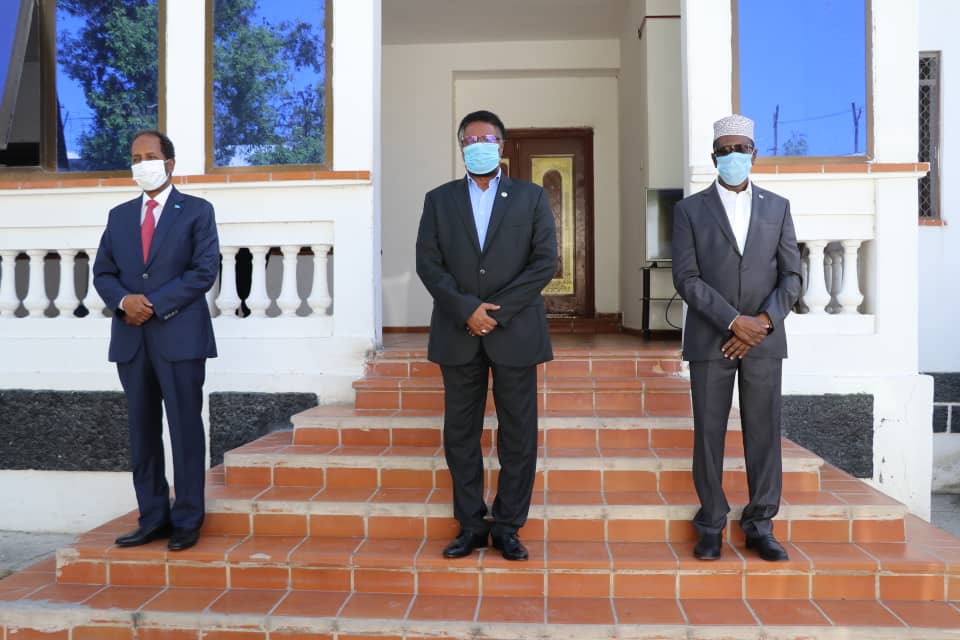 The speaker of Somalia’s Lower House of parliament Mohamed Sheikh Mursal and the leaders of the opposition party, Forum for National Parties, Sharif Sheikh Ahmed and Hassan Sheikh Mohamud held a closed-door meeting on Sunday night.

The two former presidents who currently lead the opposition Forum for National Parties coalition, discussed the 2020/2021 elections and ongoing efforts on COVID 19 response in the country.

The ex presidents have long expressed suspicion that President Farmajo’s administration plans to delay the 2020/21 elections in order to extend its mandate.

However, the two opposition leaders told the speaker that they will not allow an extension of term for the current government and warned its leadership against delaying the much anticipated polls.

The speaker has in return assured the former presidents that election will be conducted on its actual time.

During the opening of the seventh session in the parliament, the country’s leadership also stressed that it will hold the election on its stipulated time which is February next year.

President Farmajo signed the election bill into law in February this year.

Under the new election system, citizens will directly vote for parties, with parliamentary seats being allocated according to the final tallies.