Over 100 MPs have said that they no longer have confidence in the abilities of Mohamed Osman Jawari to successfully fulfill his duties as the Speaker of the Federal Parliament of Somalia, according to a motion signed by MP’s on Wednesday.

The motion, signed and dated March 14th, accuses Jawari of abusing his powers as the speaker to suppress the commentary of the Lower House and interfere with the ongoing constitutional process.

Jawari – who is in his 9th year of office as the Speaker – denounced the motion as illegal but did not say what his next moves would be.

Sources say the number could change as MPs circulate the motion and attempt to sway one another on whether to join the move to depose the speaker or oppose it.

The MPs tabling the motion require a two-thirds majority of the Lower House, or 184 MPs to successfully remove Jawari from office.

The motion comes just days after the third session of Parliament officially convened in Mogadishu. The charged first sitting was opened by Farmajo denouncing foreign interference in Somalia and concluded with a near-unanimous condemnation of DP World for their role in the contentious Berbera Port deal. 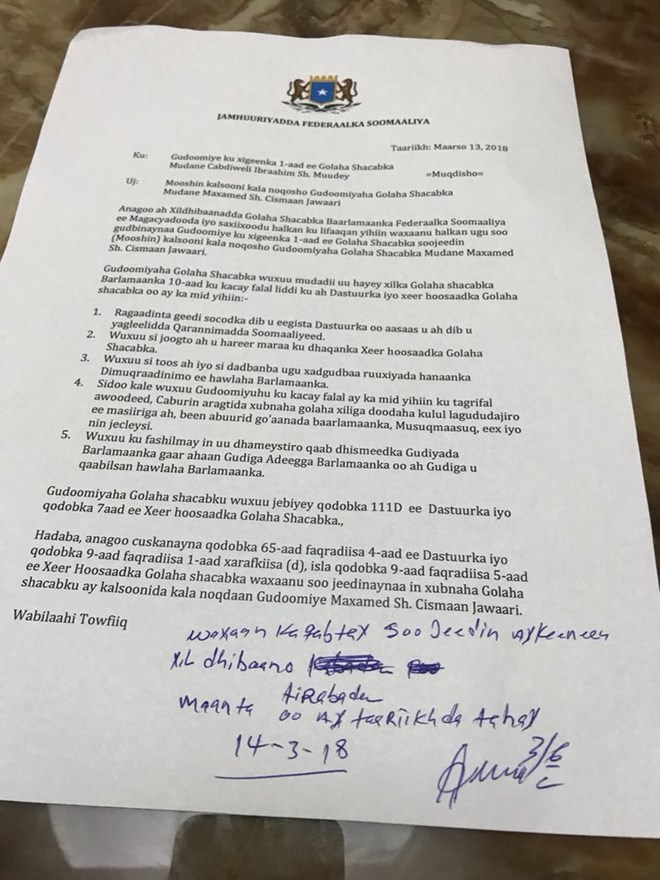