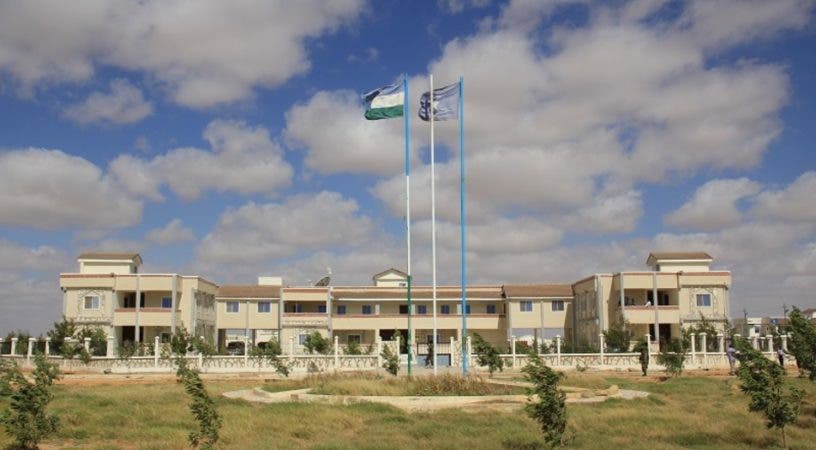 Continuity is good if Puntland is moving in the right direction and if progress is made on issues that matter to the people of Puntland. But that has not been the case during the reign of Abdiwali Gaas as president of Puntland state of Somalia.

While on the campaign trail in 2013, Abdiwali Gaas made some noble promises to develop Puntland: free primary education for all children, developing and strengthening a tax system which can generate the revenue required to develop the economy, maintaining law and order, and to liberate Puntland territories occupied by Somaliland.

Nearing the end of his five year term he achieved none of his stated goals.

Instead, he has been accused of engaging in endemic corruption, nepotism, inefficiencies, illegal backroom deals with foreign countries and companies as illustrated by Dr. Abdullahi Y. Muse  (runaway corruption, nepotism, and inefficiency), and mismanagement of public funds (Abdiwali Gaas a shameless incorrigible betrayer of his nation), (Gaas-and-the-floundered-presidency) as published on Wardheernews by Osman Hassan, Faisal Rooble, respectively.

Despite the fact that he has not achieved much to be proud of, Mr. Gaas is once again contemplating running in the next election which is slated for January 2019.

If he runs again, it would not only be a travesty on the face of the people of Puntland to exercise their inalienable right to vote fairly and freely for their candidate of choice, but it would also be pretence to sap democracy in the region. It would be reprehensible microcosm of tribal political Mockery, an entitlement, if you will, that is reserved only for certain sub clans of the establishment class, with no chance so far, for others to have a real chance of winning the Presidency.

During Puntland existence, it has been widely accepted that non-establishment candidates stand no chance to successfully challenge the reign of the ruling class to claim the Presidency. And even though their reign has been without any real rivals, still, presidential elections are held every five years or so, as if the ruling class has learned from past mistakes and are ready to change the guard in a peaceful transfer of power.

But in reality what normally happens during Puntland presidential elections is a hollow mockery to democracy, a fraud, and a thin veil to cover up sham elections with perceived exercise of fairness, inclusiveness, and equal participation.

How is the election a fraud?

A reasonable person would ask how is Puntland presidential election a charade if it is always held at the end of the incumbent’s term and the power is transferred peacefully from the looser to the winner. Wouldn’t that be what democracy is all about?

On the face of it, it seems that successive Puntland presidents have come to power in fair and free elections but in reality the behind the scenes process used to elect the president has been a make-believe one because the outcome of the election and would be winner has always been known in advance to establishment elites.

How can the winner be known before votes are cast?

In Puntland the public does not participate in the process of electing their leaders at any level of the government as there is no such thing as one-person-one-vote. Instead, members of the Parliament (MPs) who are chosen by tribal elders, elect the President.

Furthermore, the allocation of MPs to the different clans was not based on a fair and just allocation to begin with. Some clans got more than they deserved, while others were denied their fair share of representation in the parliament. And based on this unfair allocation of MPs, it seems that the framers of Puntland constitution wanted to devise a way to always guarantee the outcome of the election in favor of a certain segment of the society.

Also, of their own, the establishment class reserved for themselves more than half of the MPs in the parliament and if they stick together, the top job is always guaranteed to them. However, if the MPs of the ruling clan fail to stick together, the framers of the constitution cleverly devised another mechanism to sway the votes in their way.  Establishment elders created certain voting blocs who were known to be susceptible to bribery and corrupted practices, thus creating an unholy alliance between the establishment and MPs belonging to corrupted voting blocs. Again this guarantees a favorable outcome for the ruling class.

And this is in essence how it becomes possible to know the outcome of the election in advance. So, essentially Puntland election is manipulated either through collusion amongst the dominant clans or through bribery of corruption prone MPs.

Why not let the establishment clans hold on to power?

If Puntland was moving in the right direction, if progress was made where it was needed, and if the public could hold leaders accountable for their actions, it would have not mattered who won the presidency. But when the presidency becomes an entitlement there would be no incentive for the incumbent to achieve growth and development for the region.

Some months back, I asked a well placed Somali official who also hails from the region why he wouldn’t give it a try to run for Puntland presidency. His answer: this is the turn of Osman Mohamud Saleban. No one else has a chance to win the presidency other than them, he added. I told him I wouldn’t mind them succeeding each other if they were doing a good job in developing the region, keeping the peace, providing public services, and maintaining law and order.

Unfortunately, in Puntland, success is not measured by performance and the good results achieved.

Just look at the performance of the last four presidents.  These guys could have been the best that the ruling class could have offered, (i.e. the cream of the crop of the establishment class), they were nonetheless, disastrous for Somalia as a whole and for Puntland in particular.

The hallmark of their legacy was corruption, nepotism, pillaging of public resources, and ceding territory to Somaliland administration.

The disastrous legacy that these four leaders (Abdullahi Yusuf, Cadde Muse, Abdirahman Farole, and Abdiwali Gaas) left behind will reverberate in our conscience long after them and, the damage done by them would not be easily undone, but we are living the present and can stop Abdiwali Gaas from extending his stay or claiming another term through corruption, bribery, and intimidation.

Of the four Puntland presidents we have had so far, Abdiwali Gaas is of special interest to me. When he was running, he used to boast about his academic achievement in economics and expertise in taxation and revenue growth. But during his term we have had nothing but rampant corruption, stagnant economy, high inflation rates, deteriorating security, mismanagement of state resources, and list goes on and on. He failed miserably in all aspects of good governance.

Can you imagine someone who claims to be a distinguished economist, an honest Politician (an oxymoron), a pragmatic leader, and an expert in taxation and revenue collection who also prints money illegally and brags about it without much care to the negative impacts on the economy and resulting hyperinflation?

Rumors are abound that foreign mercenaries underwritten by UAE are wrecking havoc on the economy by illegally mining gold and other minerals in Puntland region without legally binding agreements/contracts to explore and extract natural resources in Puntland.

Due Puntland’s abysmal election process, I have this creeping feeling that the next so-called election in Puntland will be more of the same charade, a revolving door for another candidate of the same establishment class to enter through, claim victory and warm the seat for another five years only to pass the baton again to the next one, without achieving much in the way of development, stability, and opportunities for the youth.

The notion of holding these sham elections is a big feat for despots because they can use it as guise for legitimacy, fairness, and inclusiveness in the hope of misleading local stakeholders and an on-looking world.

So in the upcoming election, MPs have a moral duty to vote their good conscience. They must realize that this administration’s political life has come to an end and the insatiable fat cat(s) must be voted out come hell or high water. Even if you are bribed, you must elect another leader who is up to the daunting task of reversing the dire economic, social, and security situations in Puntland. Keeping the status quo should not be an option.

Who can successfully challenge Mr. Gaas?

And although there are a number of highly qualified candidates such as Ali Haji Warsame and others who are currently running, they might not be able to muster enough votes to win the election because of the fact that it is not their turn to run.

Here I would admit that he who could convince or persuade the establishment class to be fair and just to their fellow countryman in running the affairs of the people, has greater persuasive skills than I have. Many have tried in perpetuity and failed.

So anyway just in the case that this is in fact the turn of Osman Mohamud Saleban, there is one candidate, Eng. Mohamud Khalif Hassan, who is an educated successful businessman and, seems to be honest and capable to commandeer enough votes to oust Mr Gaas.

In conclusion, a word of counsel to the MPs is that the entire burden of this election and the winner thereof is on your shoulders. If you succumb to intimidation, pressure and bribery to keep the status quo, Puntland could for all intents and purposes further disintegrate because of your greed.

Let’s hope that common sense will prevail and the elections will be held in a fair and free atmosphere. Let’s also hope the region will once again become peaceful and prosperous.

So help us GOD.

DISCLAIMER! The views and opinions expressed here are those of the authors and do not necessarily reflect the editorial position of Caasimada Online.