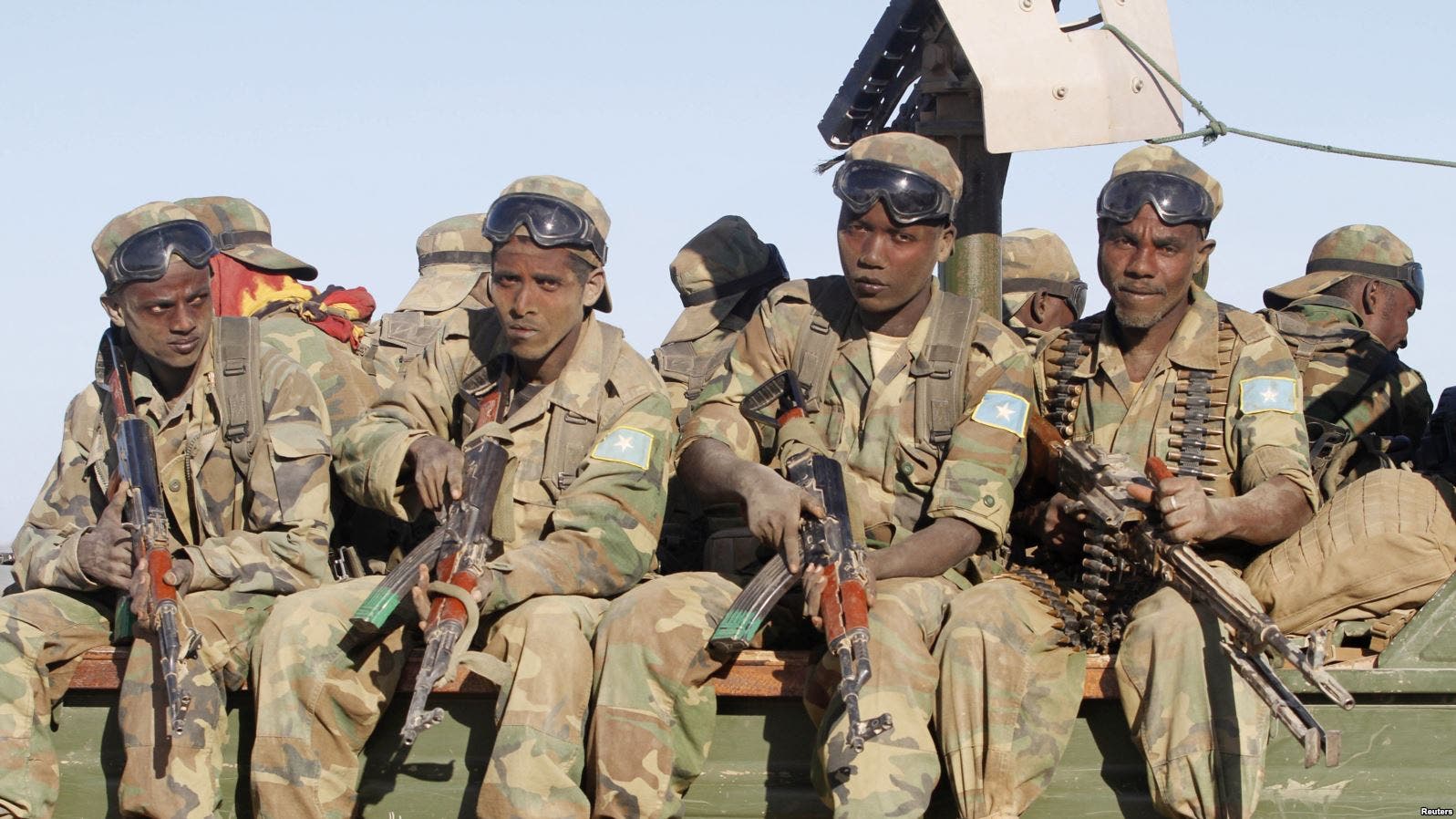 At least six Somali government soldiers were killed and four others wounded when a roadside bomb blast struck a military vehicle in the Middle Shabelle region on Wednesday, an official said.

Ibrahim Adan, a police officer in the region told Anadolu Agency over phone that an “improvised explosive blast hit the military vehicle carrying soldiers traveling from Bal’ad district to a military observation post in the area.”

Three soldiers escaped the attack and the wounded were transported to Mogadishu for treatment, he added.

Bal’ad is an agricultural town located 30 kilometers (18 miles) north of the capital Mogadishu and it is the second largest town in the Middle Shabelle region.

Meanwhile, a military base in Jazira, outside Mogadishu came under attack by al-Shabaab on Wednesday.

The group said it had killed several government soldiers and destroyed six military vehicles in the attack.