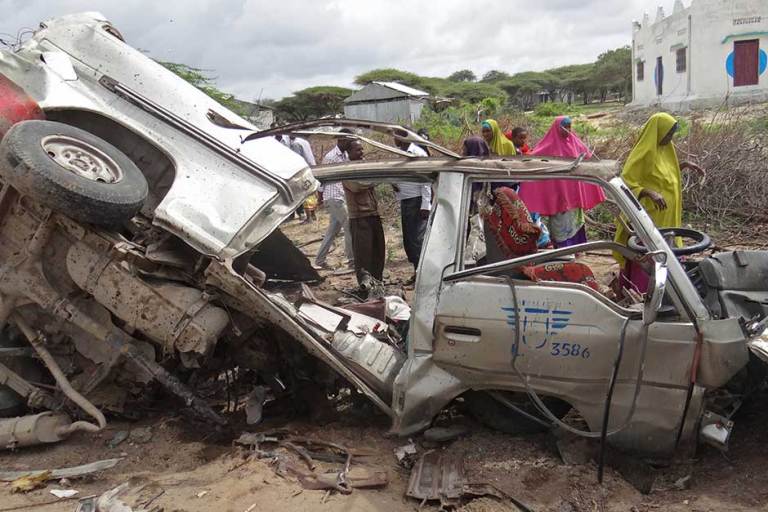 A powerful roadside bomb has ripped through a passenger bus in the outskirts of the capital Mogadishu causing unknown casualties, police and witnesses said.

According to an eyewitness the blast which has resulted from a remote controlled landmine struck a minibus ferrying passengers near “Hawa Abdi” village lower Shabelle region, some 18 km south of Mogadishu.

He said the bus which was heading to Mogadishu ran over the landmine causing deaths and injuries.

There was no immediate confirmation of the casualties as the area is sealed off by the police and ambulances are on the scene to transport the victims to the hospitals. He added

There was no immediate claim of responsibility for the explosion