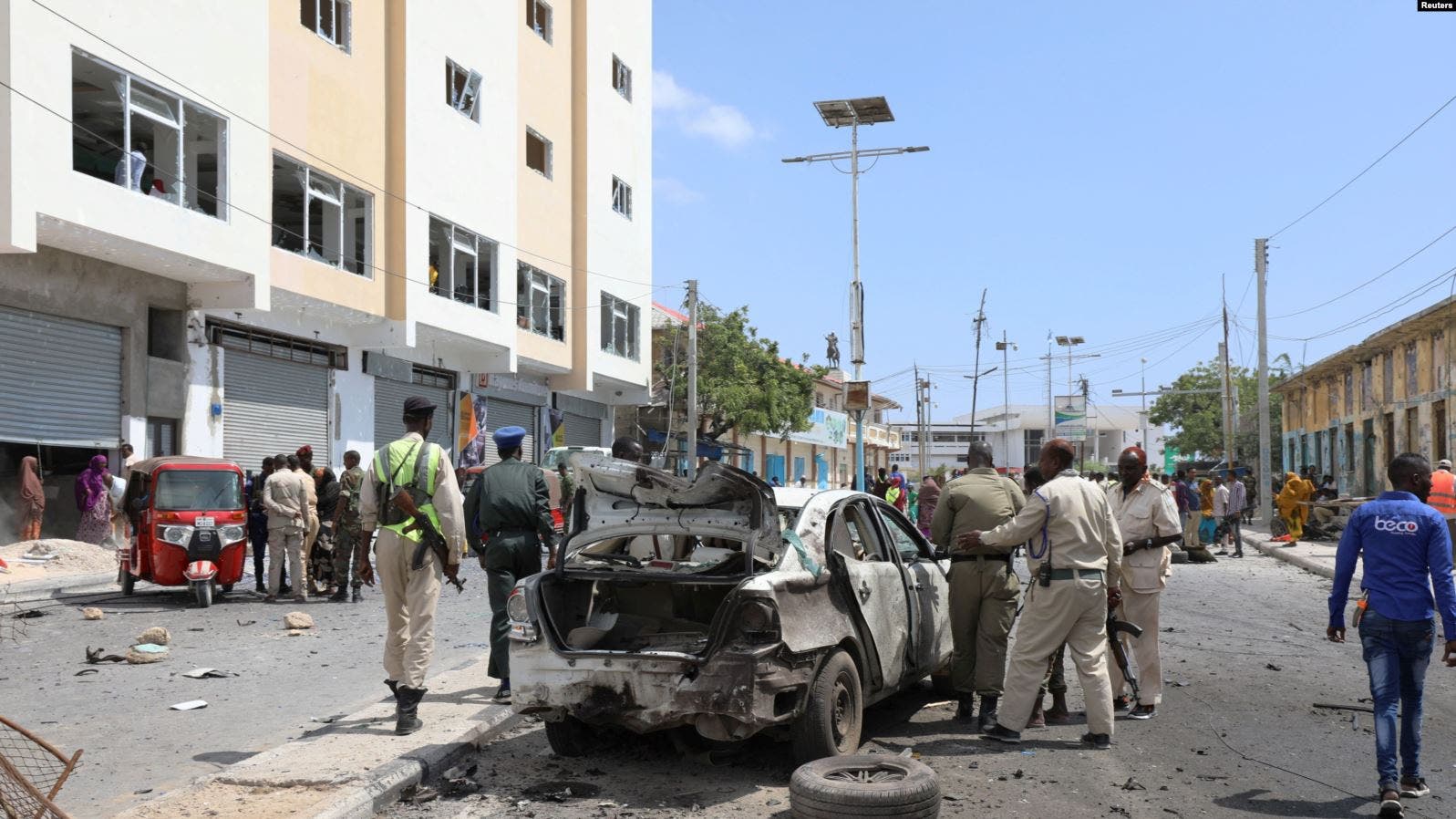 At least two people including a senior police officer were killed and another one wounded after a bomb fitted to a vehicle exploded near presidential palace in Mogadishu’s Hamarweyne district.

According to police reports, the bomb was planted to the vehicle of the senior police officer before it got detonated killing him and another officer instantly.

The officer has been identified as Abdishakur Hussein Abdi famously known as Jabiri.

Police officials said a third person sustained serious wounds and was rushed to a nearby hospital for medical treatment.

Security forces immediately reached at the scene, cordoned off the place and carried out an investigation but no one is apprehended in connection with the attack.

The attack comes days after a senior police officer Ali Hirsi Barise (Gaab), the head of health department of the Somali police forces survived an assassination attempt after a roadside bomb targeted his vehicle in Mogadishu’s Waberi district.

Al Shabaab claimed the responsibility for Thursday’s explosion saying the group targeted the senior police officer who died on the spot.

Al-Qaeda affiliated al-Shabaab has fought to establish an Islamic state in Somalia since 2006.

The militants were largely routed from Mogadishu in 2011 by the African Union’s Mission in Somalia (AMISOM) but they still control significant rural areas.

The group claimed responsibility for a massive car bomb in Mogadishu in late December that killed at least 90 people, the worst attack in the capital since 2017.

Earlier that month, the militant stormed a hotel in Mogadishu frequented by government officials killing over ten people.

In January, Shabaab fighters staged a brazen raid that penetrated the perimeter of Kenya’s airbase at Manda bay, Killing 4 people including one US military member.

Al Shabaab, the deadliest Islamic organization in Africa declared their allegiance to Al-Qaeda in 2010.