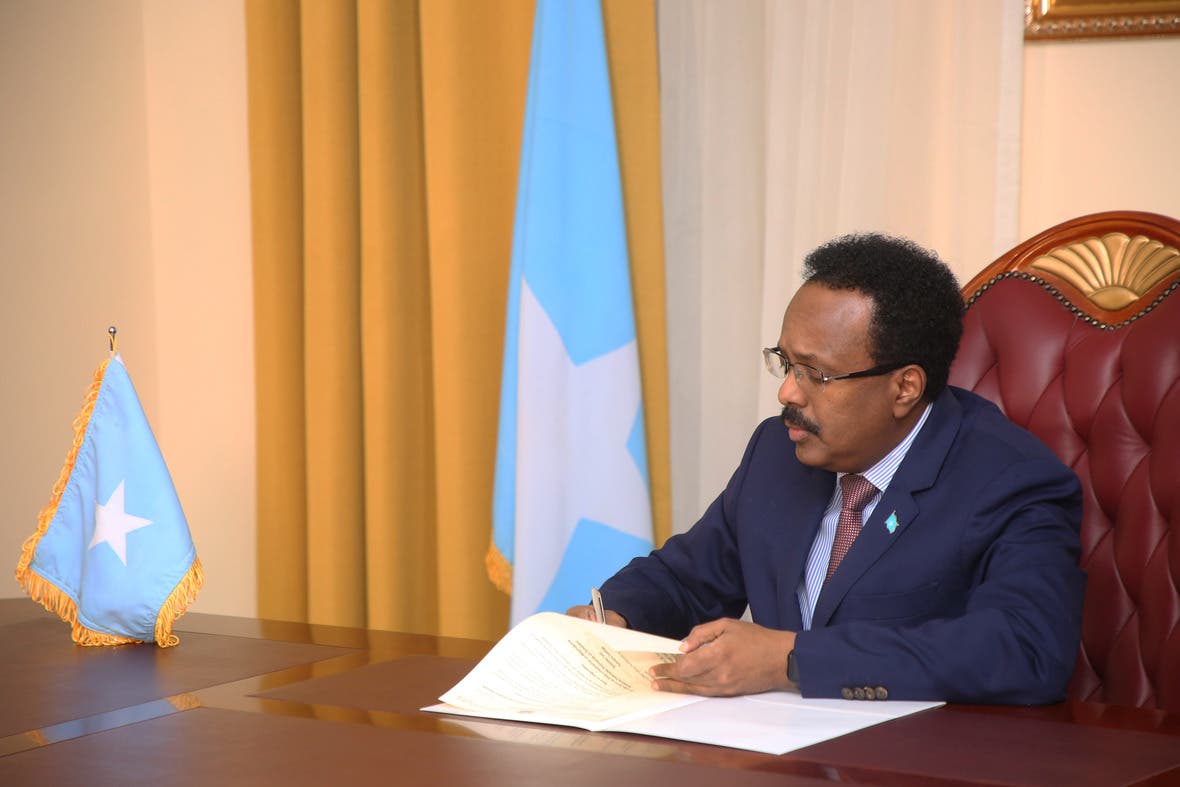 MOGADISHU, Somalia, 23 January, 2020 – Somali Journalists Syndicate (SJS) protests against the draconian Somali Media Law (amendment) passed by the Upper House on Tuesday 14 January, 2020 and calls for President Mohamed Abdullahi Farmaajo to exercise Constitutional powers to withhold and refuse to sign this bill into law which was submitted to the Office of the President on Thursday 16 January, 2020.

While accreditation and registration of journalists is a self-regulatory, it is absolutely unacceptable that Article 18 (Clause 1 and 2) requires journalists including foreign journalists working as freelancers to register on government database under the Ministry of Information and the Somali Press Council.

“This law will not only censor journalists and media in Somalia, it is a law threatening journalists by criminalizing critical news coverage and seeks to constrain journalists from doing their duties. This is a serious affront to press freedom in Somalia,” Abdalle Ahmed Mumin, Secretary General of Somali Journalists Syndicate (SJS) said “We call President Mohamed Abdullahi Farmajo to use his constitutional powers and reject signing this law.”

– For the first time in history, the Somali Media Law justifies prior censorship to be imposed on the media on a condition that a media house is deemed to be breaching laws including the Media Law itself, according to Article 3 (Clause 3).

– The Media Law should forbid any type of prior censorship unconditionally and guarantee the right to freedom of information as enshrined in Article 18 and 32 of the Provisional Federal Constitution (2012). The right to freedom of expression is also protected by Article 19 of the Universal Declaration of Human Rights (UDHR) which Somalia is a signatory and in the Article 9 of the African Charter on Human and People’s Rights (ACHPR).

– Journalists should not be censored or restricted from coverage under the pretext of vaguely worded provisions as per Article 4 (Clause T, J and X) which cites“spreading false news”, “inciting violence or promoting tribalism”,“spreading unfounded propaganda”, “disseminating any news that contains hate or extremism”. This article should be removed.

– Article 5 (Clause T) which seeks imposition of a monetary fine (that will be issued in the form of a special regulation) on journalists, editors, media managers for breaching the media law or breaking government-owned Press Council’s “code of ethics” are indeed worrisome and intimidation against journalists and should be deleted.We also demand the removal of Clauses “J” and “X” that further give the Attorney General to prosecute journalists, editors and media managers over “payment of fines”.

– The requirement for media houses to obtain a license as stated in Article 9 (Clause X) is illegitimate with regard to online and print media. It is also not necessary for the already licensed broadcast media outlets to seek new license. We also refuse the imposition of advance deposit of unspecified amount of money for any new media house before seeking license, as described in the same Article 9 (Clause X).

– Article 11 (Clause J and X) which requires media owners to declare amount of money to be invested on the media house, its source of income/funds, private addresses and identity of managers as prerequisites for applying registration should be removed. The information required for registration of media should not include irrelevant details such as private addresses or personal income of managers and their educational qualifications.

–  Article 13 which states transition phase and mandates all media houses (new or previously registered) including online media to seek new registration within 60 days from the day this bill is assented into law is again illegitimate and should be removed.

– Article 16 (Clause 1) imposes multiple licensing and registration procedures on all media outlets, to be overseen by the Ministry of Information of the Federal Government, the Somali Press Council and the Federal Member States’ Ministries of Information. This is a problematic article and inappropriate in democratic country. It will create more hurdles for media houses and will cost more money.

– Outrageously, Article 29 (Clause 1) criminalizes perceived critical reporting by imposing draconian penalties for “dissemination or publication of false information”, “incitement” or “spreading Propaganda against the dignity of any citizen, individual, institution or the government”. The same Article violates the protection of journalistic sources as one of the key rights journalists have in order to exercise their freedom of expression and to execute their duties as a ‘’public watchdog”. We call the removal for this article.