Each morning, fishermen in the northern Somali port city of Bosaso pull in their catch of tuna, marlin, and more.

The waters off northern Somalia are some of the richest in Africa. As businessmen and women on the beach haggle over the shining piles of fresh fish, the daily catch looks like a rich haul.

But all is not well here for local fishermen. Many of them complain about larger, foreign boats that enter Somali waters, outfishing the locals.
“Now there is illegal fishing, fish stealing, and so on,” explains boat captain Mohammed Elias Abdiqadir. He said such foreign fishing boats come from Iran, while others in Bosaso accused Yemenis of fishing in Somali waters.

“We don’t have a powerful government who can stop these illegal fishermen who are creating problems,” said Abdiqadir.

Foreign boats in Somali waters have been a problem for years. Some of them operate with no license at all. Others buy permits from Somali authorities, though at times under questionable circumstances.
From protectors to pirates. 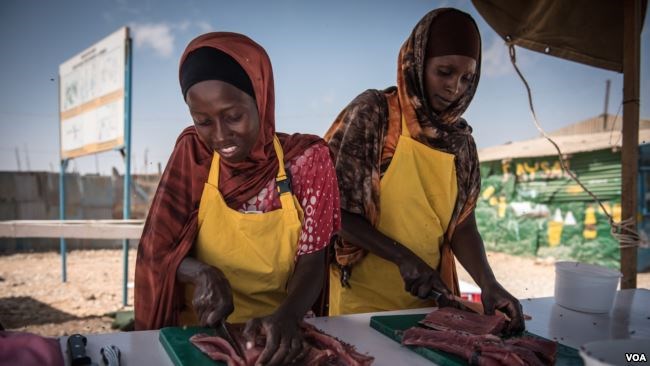 A decade ago, Somali fishermen took up arms against the foreign boats, hoping to retake their waters from outsiders, but some of the Somali vigilantes then became pirates, hijacking commercial vessels plying the waters off the Horn of Africa.

At one point, pirate gangs were seizing more than 40 vessels per year and holding hundreds of sailors hostage for ransom.

An international naval effort has mostly stamped out the pirate menace, and Somalia has started to build fledgling local navies, including the Puntland Maritime Police Force, which patrols the waters off Bosaso.

But neither has managed to rid the area of foreign boats.

Abdiqani says part of the problem is that the foreign vessels are larger and have better technology than the local crafts, which are mostly small, fiberglass skiffs.

“They fish in the deep ocean, and they have long nets and better tools than us,” he said.

Until the foreign boats are completely gone, many experts say the threat of a return of piracy will remain, as out-of-work young men seek economic opportunities in criminality. 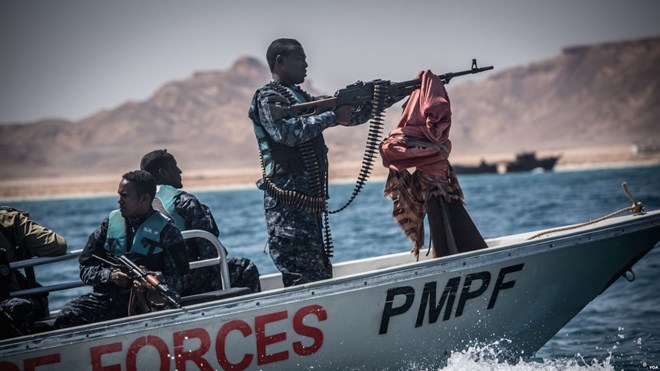 Puntland Maritime Police Force on patrol off the coast of Bossaso in northern Somalia in late March, 2018. The PMPF has been tasked with fighting piracy, illegal fishing, and other criminal activity. (J. Patinkin/VOA)

But the challenges for Somalia’s fishing industry do not only lie offshore.

Fishermen use old fishing technology. Bosaso’s port needs more modern facilities to prepare fish in a sanitary environment to export. And there’s yet to be a strong supply chain for exporting Somali fish abroad.

But a new program by the United Nations Food and Agriculture Organization hopes to give these parts of Somalia’s fledgling fishing industry a boost.

On the outskirts of Bosaso, women have been trained to process fish meat into a dried fish product to be sold in inland Somalia.

The women, dressed in bright yellow aprons, work on sanitary tables, where they butcher fresh fish steaks and slice them into fine strips to dry.

Despite attracting flies, the bright sun naturally cures and disinfects the flesh.

All the fish the women process have been caught by local youth, who themselves were trained by the FAO in deep-sea fishing techniques, and given larger, better-equipped boats that can reach the most profitable species.

The women receive payment, and also get to take home fresh fish each day to feed their families. They also can stay near home to work, instead of searching for employment in the center of Bosaso town. 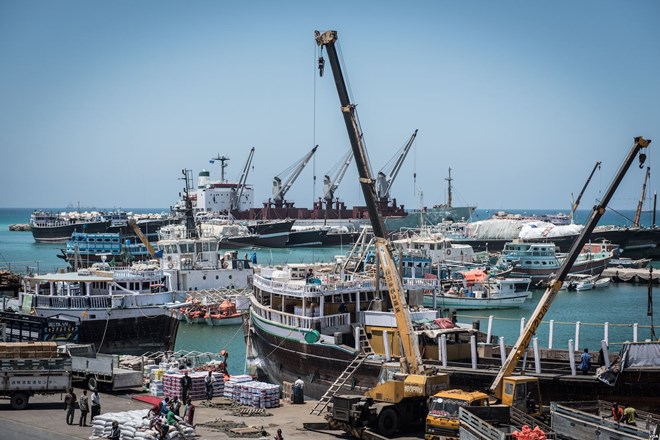 “This job works for me fine, because my home is here,” explains Daawo Sheikh Mahamoud, who recently started working at the fish processing station. “Before, my kids were neglected and neighbors used to care for them for me, but now I can take care of them while doing the work in the morning.”

Michael Savins, an Australian fisheries and boatbuilding expert who designed the program, says it employs more than 100 people, including fishermen at sea and processors on land. He hopes the number will increase to 500 by the end of this year.

The idea, he explains, is to employ local Somalis throughout the entire value chain, and eventually start selling Somali fish internationally.

“There would be nothing better than the youth from the community catching the fish with good handling and good quality and so forth on board, and landing those fish back into their community for processing,” Savins explained. “Then we’d have a really good benefit, a real holistic approach, for each community, self sustained you might say, with capture, processing, and marketing.”

While Somalia struggles to take control of its waters, programs like this one could help keep Somali youth from going back to piracy. 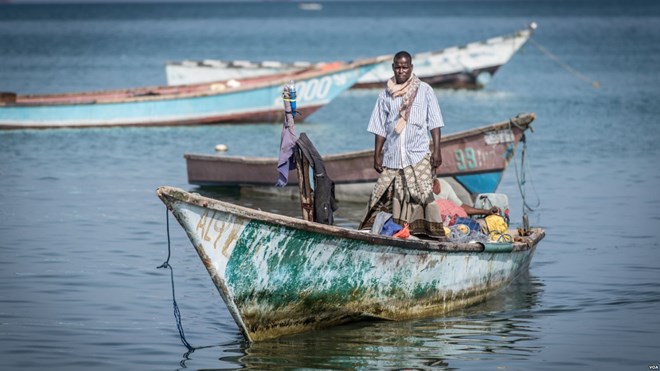 A fisherman comes in with his boat to Bossaso’s fishing beach in northern Somalia in late March 2018. (J. Patinkin/VOA)