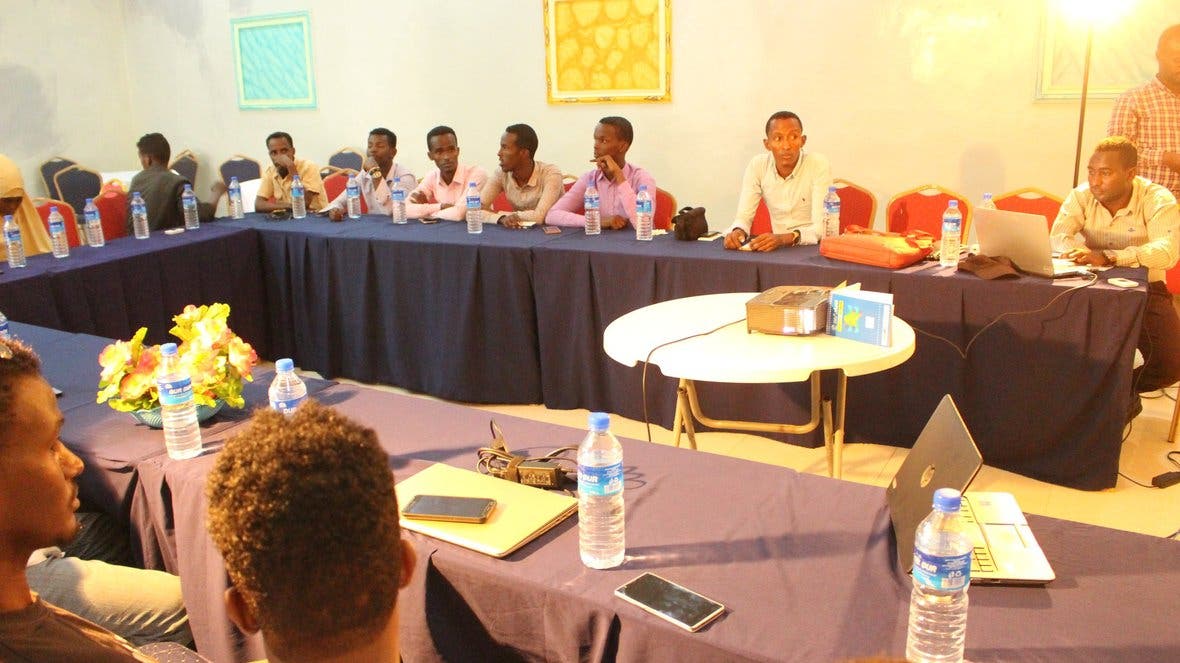 GALKACYO (Caasimada Online)–The National Union of Somalia Journalists (NUSOJ) and the Finnish Foundation for Media and Development (VIKES) on Saturday opened a two days labour rights training for 25 journalists in Galkayo, Galmudug State of Somalia which is part of an ongoing NUSOJ and VIKES led trainings funded by the European Union to capacitate 150 Somali journalists on their labour rights and how to organize.

The training is being benefited the local reporters from private and public media operating in Galkayo to enlighten them about their labour rights of the journalists including the need to have written contracts among other labour rights issues unknown in Somalia and how the journalists can better organize themselves at their respective company level to defend their rights and improve their working conditions.

The Governor also called NUSOJ to continue advocating the rights of the journalists in the other areas including protection and safety, because Galkayo remains one of the most perilous area journalists to operate.

“I want to thank NUSOJ team and VIKES for bringing this unique and ital training to Galmudug journalists. I am confident the journalists here will benefit the sessions of the training,” Governor Artan noted adding “I also want to reiterate my call for more trainings to the journalists in this region which is critical environment so that journalists can professionally become peace-builders.”

“On my capacity as regional governor, I pledge my support to the media fraternity whenever they need us. We welcome you to Galmudug.” Mr. Artan added.

Hersi Yusuf Barre, the Mayor of Galkayo for Galmudug noted the importance of the media in Galmudug region and therefore he said empowering media workers would contribute to the good of the society.

“When journalists are better addressed, it is then we see good journalists who can serve their community in a professional manner. We can not expect a journalist to provide a free and fair reporting, if media workers are working in uncertain condition and are poorly paid.” Mayor Barre said.

“I want to also thank our partners VIKES, European Union and Finnish Foreign Affairs Ministry for providing the support to train Somali journalists. This training on the trade union rights have reached out to three other areas namely Mogadishu, Puntland and Kismayo. Galkayo (Galmudug) is the fourth place, so that shows how this city is important for NUSOJ.” highlighted NUSOJ Deputy President Abdifatah Hassan Farah.