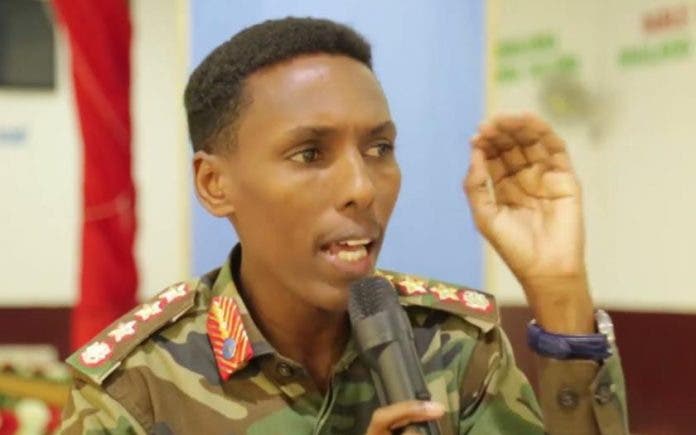 The military chief said authorities will carry out internal investigations to ensure those behind the massacre will be brought to justice.

Speaking during a press briefing in Adado town, central Somalia where he is on a mission, the military chief has strongly rejected the accusations saying Somali forces are assigned to protect its citizens and laid the blame on Alshabab reiterating that the group frequently targeted civilians in the country.

” The Somali military has nothing to do with this gruesome killing, it is impossible for a member of the force with a sound mind to carry out such atrocity.” The General said.

Unidentified assailants disguised as military abducted the health workers from local dispensary facilities operated by the Zamzam foundation and their bodies seemed tortured were the following day dumped outside the village.

The United Nations mission in Somalia and the federal government of Somalia have condemned the killing of the health workers and called Authorities in the region to carry out investigations and bring those involved in the heinous murder to justice.