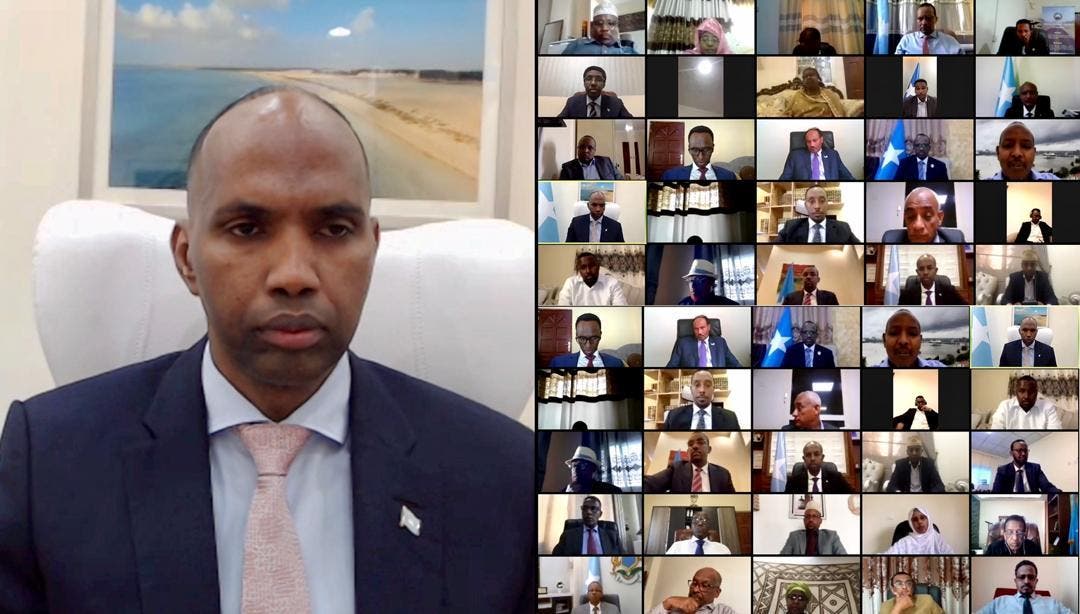 Somalia’s Prime Minister Hassan Ali Khaire has highlighted the importance of holding universal suffrage in Somalia despite the country facing daunting challenges including, Alshabab security threats and the surge of covid-19 cases.

During teleconference with his cabinet, Mr. Kheire Friday said holding “inclusive, stable and peaceful election” in the country will be vital for the peace building process.

The mandate was to hold elections in this country after every four year, an electoral process approved by the majority, if not all the stakeholders of this country, which is indeed what gave us the legitimacy,” said Kheire.

The PM stressed that election is more important than anything else for the security & stability of the nation.

PM Khaire has also instructed cabinet members to focus on ensuring the 2020/21 elections are held on time.

It’s been 50 years since Somalia last conducted a “one-person one-vote” election. With the support of the African Union the electoral commission is hoping for polls late 2020. But there is still much that needs to be done.

Somalia’s last universal vote was held in 1969, shortly before the coup that brought military leader Siad Barre to power. Following two decades of civil war and then rule by a transitional government, backed by the United Nations and the African Union,

Somalia has slowly been inching its way toward universal polls.

Three previous presidential elections in 2009, 2012 and 2017 were decided in a system where lawmakers were voted in by about 14,000 clan delegates. The lawmakers then in turn elected a president. The clan-based election system has been widely criticized for marginalizing young people, women and ethnic minorities.

Both Somali and African Union officials hope that 2020 will be different.