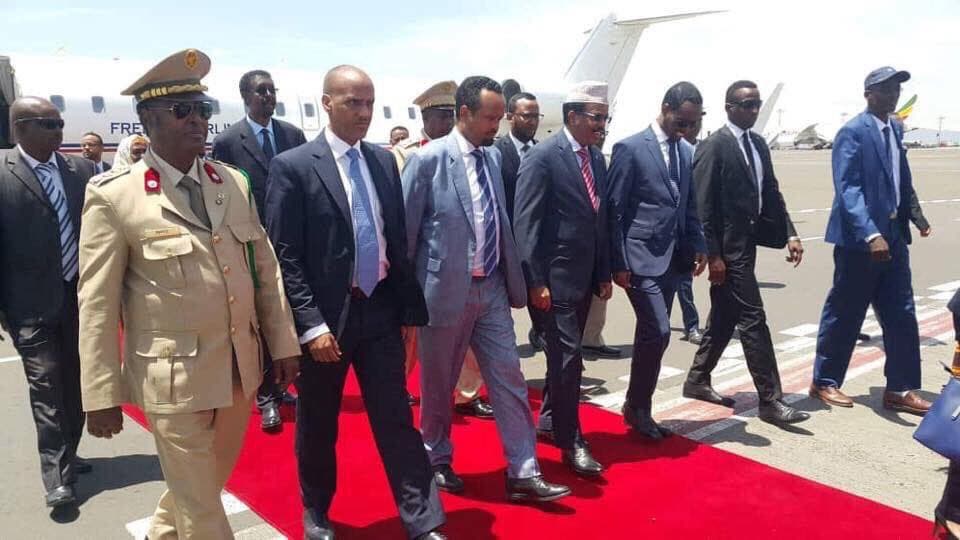 President Farmajo and his delegation were warmly welcomed by senior Ethiopian government officials and others, including Somali State President Moustaf Omer.

Two leaders discussed on wide range of issues, including latest developements in the region, according to sources at Villa Somalia.

Mustafa Muhumed Omer, 45, has been nominated as acting president of the Somali State Region until the next party congress in 2020, it was announced.

Mustafa had served as a humanitarian liaison officer for the United Nations in Mogadishu, Zimbabwe, the United Arab Emirates and Kenya.