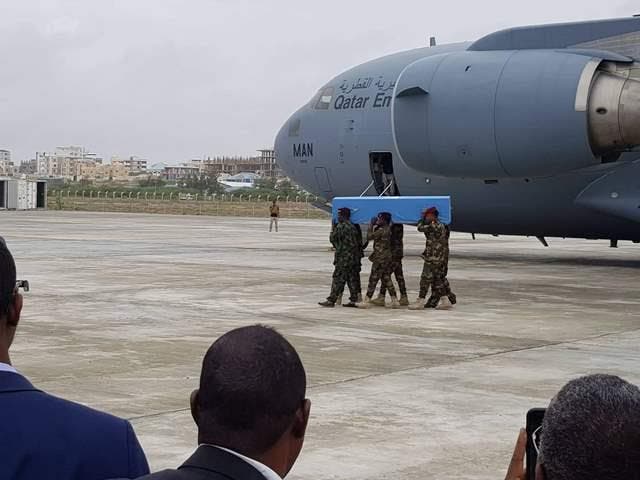 The July 24 suicide bombing that killed the mayor of Somalia’s capital was disturbing on multiple levels, security experts say. Abdirahman Omar Osman was slain by one of his own aides, who was female and blind, and who acted in concert with another one of his employees, also female.

The government’s long-running battle to subdue the al-Qaida-linked militants has been hobbled by al-Shabab’s infiltration of government agencies, offices and security teams.

In 2016, a court convicted Abdiweli Mohamed Maow, the head of Mogadishu airport security, for helping to smuggle a laptop computer bomb onto a outbound flight. The bomb exploded 15 minutes after takeoff but miraculously failed to bring down the plane, which safely returned to the Mogadishu airport.

In the worst case, a top official in Somalia’s National Intelligence and Security Agency (NISA), Abdisalam Mohamed Hassan, was found guilty in 2014 of providing photos of agents and other identifying data to al-Shabab.

Officials say Hassan collaborated with al-Shabab for economic reasons. “He was promised $30,000 but he received a smaller amount,” one security official tells VOA. “He was getting married and he was spending a lot of money.”  Hassan is now serving a life sentence.

After the attack on the Mogadishu mayor, Somali President Mohamed Abdullahi Mohamed, better known as Farmajo, ordered the government to come up with a comprehensive plan to root out individuals in government agencies who are “aiding terrorists directly and indirectly.”
“It’s unacceptable that there are people aiding terrorists among us,” he said in a statement. “I want the government to come up with a plan to fight against this.”

Said Abdulle Dilib is a former al-Shabab operative who defected to the Somali government. He says the militant group works hard to infiltrate the government.

He said the group has been most successful in buying the services of people working for the government, who tend to get paid on an irregular basis. “They pay them, it’s not a lot of money – two to three hundred dollars,” he said.

General Abdirahman Mohamed Turyare is a former director of NISA. He says constant changes in security agency positions have made it hard to counter the al-Shabab moles.

He says he opened a file for al-Shabab moles within the government when appointed in late 2014.  Turyare served until July 2016.  He says the officer who was keeping the file has since been killed. Turyare says he doesn’t know whether he was killed because of the information he had, or for his position within the government security agency.

At times, al-Shabab’s infiltration has threatened the Somali president. In August 2014, a court convicted and executed Hassan Muhiyadin, a staffer for a telecommunication company inside the presidential palace, Villa Somalia, of facilitating a July 8 attack by al-Shabab on the palace that killed four people.

In late 2015, then-President Hassan Sheikh Mohamud was going to the Mogadishu mayor’s office to attend a function. The presidential palace, Villa Somalia, dispatched an advance security team to the venue. Upon arriving, the team took note of a mysterious man who was actively involved in the preparations.

When approached by security officials from the mayor’s office, the man said he was with the presidential palace protocol. But the team from Villa Somalia didn’t recognize him. He was immediately arrested and questioned.

General Turyare, who handled the case, said NISA learned that the man was there to facilitate an al-Shabab bomb attack.

The concern about al-Shabab infiltrators increased after the death of Mogadishu’s mayor. The blind bomber, who was going by the name Basira Abdi Mohamed, had been the mayor’s special needs coordinator since May 2018.

The government says a second female known as “Deggan,” who was also employed with the local government to assist the blind coordinator, played a role in the plot.

Investigative Dossier, a program of VOA’s Somali Service, has learned from security sources that both women lied about their identity and background during the employment process with the Mogadishu municipality.

Other questions remain how the two managed to enter the building without being checked. Critics say it could not have happened without insider assistance, and they want the government to conduct a public investigation with support from international partners.

Somali government officials have turned down repeated requests from VOA to discuss the incident.

“Top national leaders need to take a decision against the danger they are sitting on before it explodes on them,” he said. “Terrorists are like a bomb that can explode any time. If they can’t take a decision these problems will continue.” 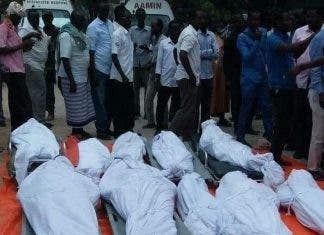 News Desk - June 2, 2020
Authorities in Somalia’s Hirshabelle state reported that they managed to track down the minibus driver who transported the 8 civilians after they were forcefully...