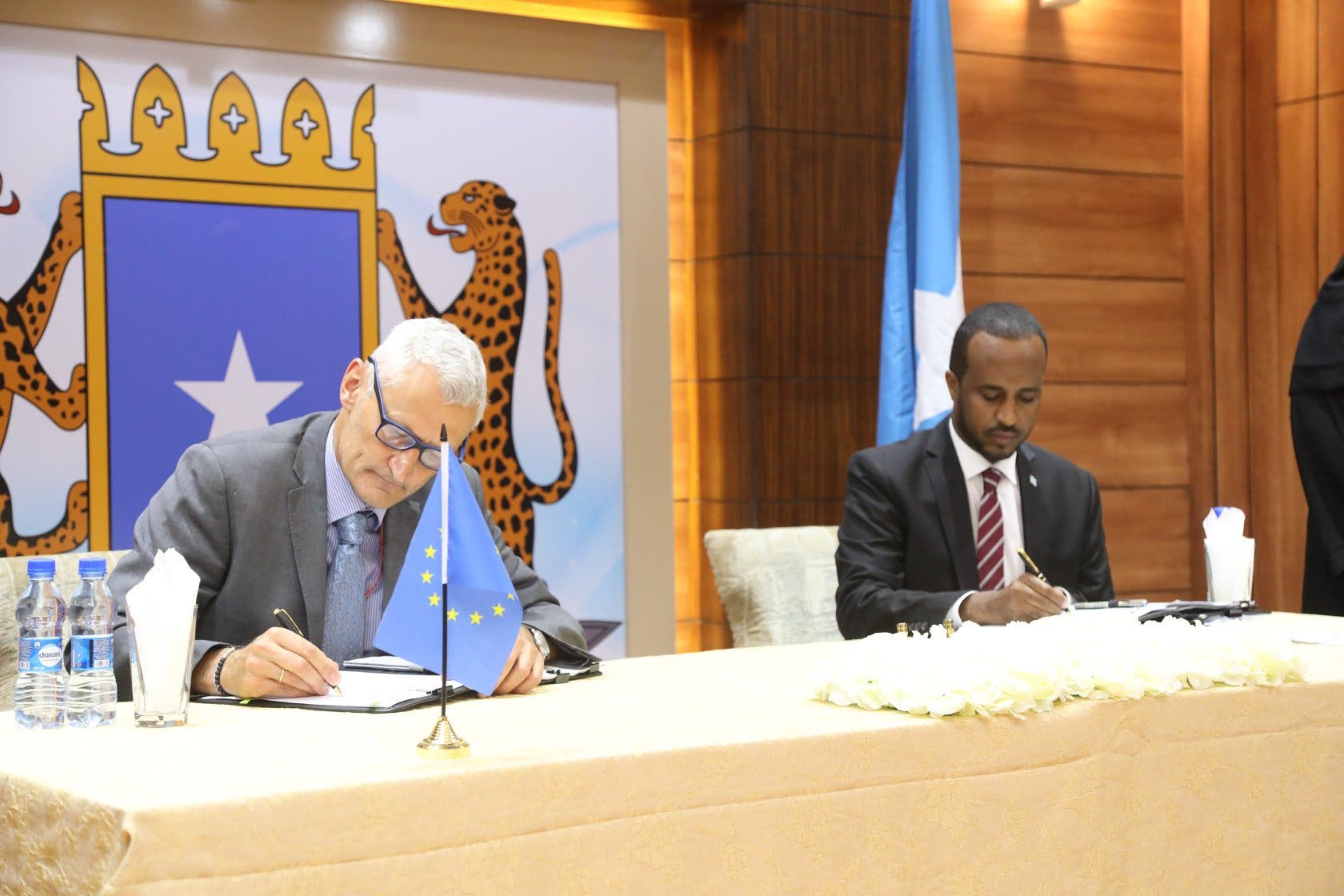 MOGADISHU (Caasimada Online)— EU and Somalia signed on Sunday an agreement to provide €100 million to the Somali budget over the next 2.5 years.

These funds will support the Federal Government’s reforms to build a unified, federal state. Somalia is on a positive track towards stability and growth.

The EU’s move to budget support is a token of the partnership with Somalia to develop a viable federal system and fostering long-term recovery.

The date of signature coincides with the first anniversary of Somalia’s worst terror attack, which killed over 500 people in Mogadishu.

It gives the Government resources to implement reforms and build a stronger State able to deliver basic services to its people.

Those 100M€ show the EU delivers quickly, a few months after the Somali Partnership Forum. It comes at a time where the Horn of Africa is going through unprecedented changes. And Somalia can seize this momentum for its own domestic transformation.

The EU plays a leading role amongst the international community supporting Somalia.

It co-hosted the Somalia Partnership Forum in Brussels in July 2018, when over €1 billion was mobilised to support the country.

The engagement of the EU, IMF and World Bank will not only help accelerating national reforms, but also the process towards concessional loans and debt relief.

The financing agreement signed in Mogadishu today is a €100 million package dedicated to Somalia’s state and resilience building, which will also support access to basic services.

Up to €92 million will go to the federal government through budget support.

The remaining €8 million will support capacity building to the federal and states’ governments and oversight institutions.

The disbursement of funds will be sequenced and closely monitored through political dialogue, regular assessment of progress achieved against indicators and dedicated safeguard measures.

The agreement was signed today in Mogadishu by European Commission’s Director-General for International Cooperation and Development, Stefano Manservisi, and the Prime Minister of Somalia, Hassan Ali Khayre.