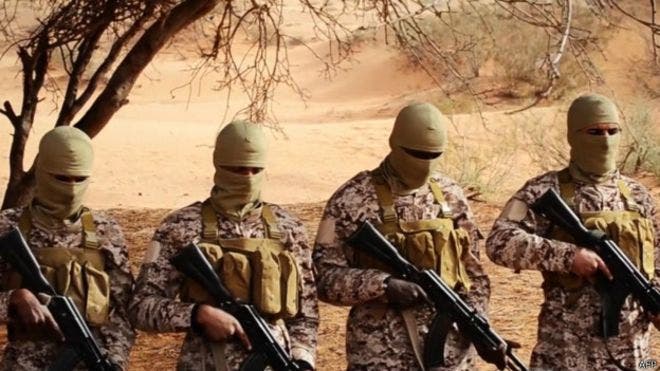 MOGADISHU (Caasimada Online) — Islamic State of Iraq and the Levant group has claimed the responsibility for the killing of government soldiers in Somali capital Mogadishu.

In a statement by Amaq, an ISIL mouthpiece, said that the group’s fighters shot and killed two soldiers in the capital and nearby town.

The group said its assassins had killed a local government soldier and a police one.

The killers fled from the crime scene. 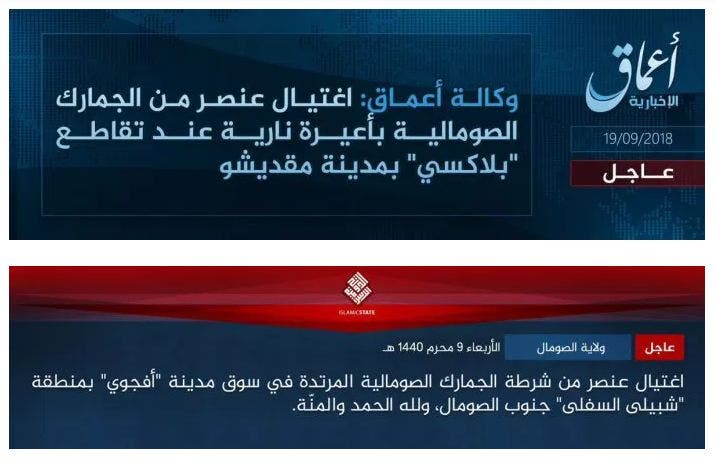 Since emerging in October 2015, pro-Islamic State forces in Somalia have operated at a relatively low tempo, although the group’s activities intensified through 2017 and expanded south to the capital Mogadishu at the end of the year.

In November 2017, the Islamic State in Somalia began to rapidly expand its attacks in southern Somalia, specifically in and around the country’s capital city, Mogadishu.