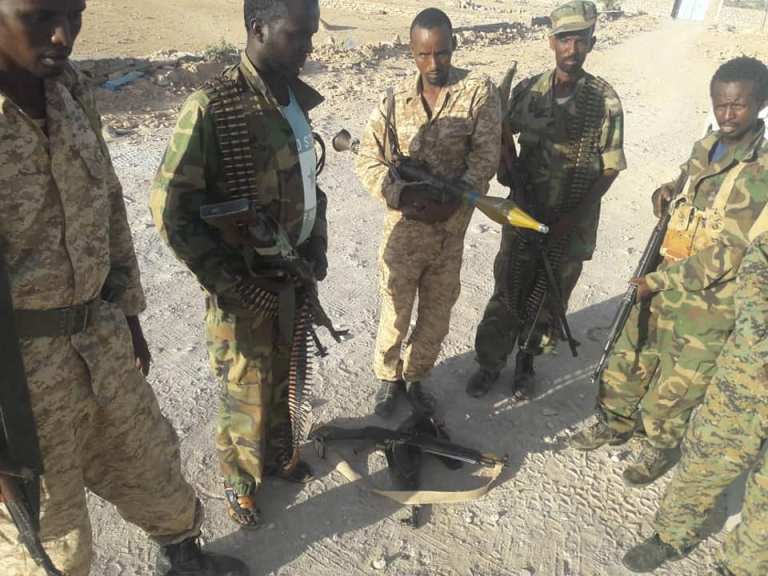 MOGADISHU (Caasimada Online)–Somalia’s semi-autonomous state of Puntland says its forces have captured an assortment of weapons and ammunition from the breakaway Somaliland soldiers following an ambush attack.

It’s not yet clear the exact figures of the casualties on both warring sides, apart from the seizure of assortment of weapons and claims.

Somaliland, a self-declared state, internationally considered to be an autonomous region of Somalia.

There was no immediate comment from Somaliland over the claims made by Puntland.

The tension in Tukaraq has been simmering in the past months after Somaliland troops seized control of the strategic town following an incursion against Puntland Defense forces.

Earlier this year, the outgoing of UN’s envoy for Somalia, Michael Keating called on leaders of both states on a mission to de-escalate the tension and avert bloodshed in the already volatile region.

However, Puntland and Somaliland fought sporadic battles since 2002 over the control of disputed regions in northern Somalia.