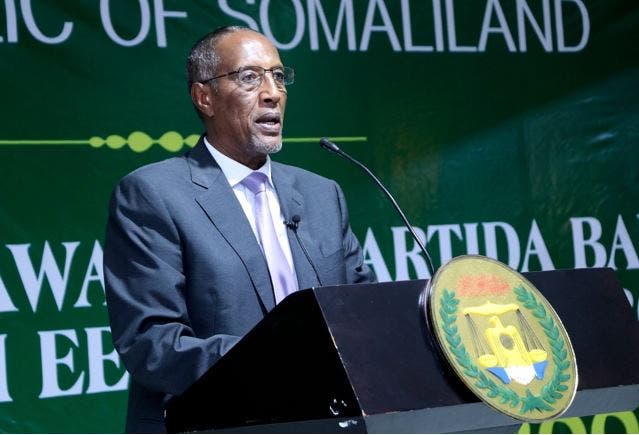 Somaliland, the self-declared independent region of Somalia, has rejected plans to have Senate representatives elected to represent it the federal parliament, even as officials said the vote will go on.

On Wednesday, the region said it was not interested in having representatives in Somalia parliament and warned Somalia politicians to stop spreading “misleading information”.

“The Republic of Somaliland is advising the politicians against the false and unrealistic pronouncements that mislead the international community,” read the statement by Somaliland’s Ministry of Foreign Affairs.

Though it declared independence in 1993, Somaliland has had no formal recognition by any independent state. It runs its currency, central bank, military and the three branches of government and routinely organises its elections.

Earlier this year, it conducted local elections in which no woman was elected, raising questions on gender parity even though the vote was largely seen as credible.

Since 2016, the region’s politicians who favour unity with all of Somalia have been allowed to organise elections in which representatives are elected to join the Upper House (Senate) and the Lower House (House of the People).

On Wednesday, Somaliland protested to the United Nations, European Union, African Union and some countries, saying the northwestern region will have anything to do with the elections conducted by the authority in Somalia.

Somaliland, which comprises of northern parts of Somalia, was reacting to an announced schedule to have representatives elected in Mogadishu, for the northern regions.

The State Electoral Implementation Team (SEIT), the body assigned to conduct the parliamentary election of the candidates vying for the 11 Senate seats of Somaliland in the Somalia parliament, issued a schedule on Wednesday.

The timeline included that the candidates will address the delegates on 27th of September while the actual voting will last between 28th and 30th of September.

Though not internationally recognised, the authority in Hargeisa city, the capital, insists that it had regained its independence from the rest of Somalia in 1991, following the collapse of the dictatorial regime of the late General Mohamed Siad Barre.

“Somaliland, which is one of the few states in Africa that fully practice democracy, will never accept being included in the election taking place in Somalia that does not concern Somaliland,” the statement concluded.