New research from the University of Minnesota concludes 8-year-olds in Hennepin and Ramsey counties are diagnosed with autism at a higher rate than the national average. Those behind the study said the findings highlight the need for robust services to help identify and treat people with autism spectrum disorder.

Autism is a developmental disability that can cause significant social, communication and behavioral difficulties.

It has been a major concern in the Twin Cities Somali-American community. Unfounded fears that the measles vaccine contributes to autism helped fuel a large measles outbreak that mostly sickened unvaccinated Somali-American Children.

To gauge the incidence of autism, U of M researchers looked at 2014 medical and education records of nearly 10,000 8-year-olds in Hennepin and Ramsey Counties.

They discovered that 2.4 percent of them had been diagnosed with autism. That’s considerably higher than the national average of 1.7 percent.

The lead researcher, Amy Hewitt, said with more than 30 percent of Minnesota’s population residing in those two urban counties, the study underscores the importance and challenge of identifying and treating autism.

The relatively high prevalence of autism in Hennepin and Ramsey counties could result from health and education systems doing a better job detecting autism than in other parts of the country, Hewitt said.

Researchers say autism is reliably diagnosable by age 2, but nearly half of the kids in the study had not been diagnosed until they were almost 5.

“The earlier we can get intensive behavioral interventions to kids, the better their life outcomes are going to be and the less service they’re going to need when they’re older,” Hewitt.

The study also examined autism rates among Somali- and Hmong- American children in the two counties.

The autism rate among Somali-American children was 3.8 percent which is higher than the overall populations’ but researchers stress the difference is not statistically significant for both populations. They couldn’t rule out mere chance as the explanation. 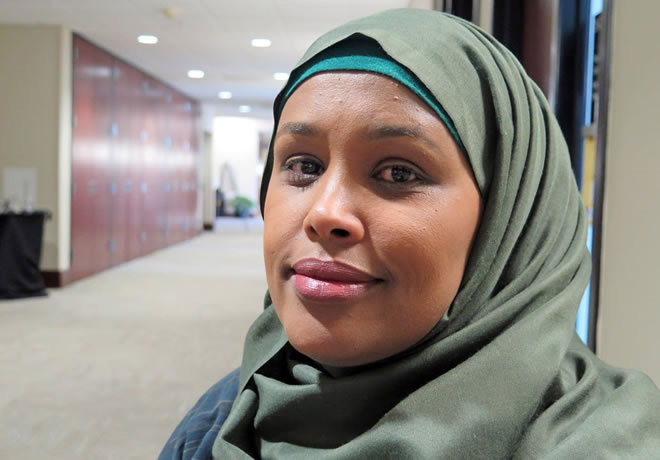 But given the topic’s sensitivity in the community, the researchers fear the findings may lead some in the Somali-American community to conclude their kids are more likely to become autistic. That could further impede efforts to ensure Somali-American kids get their vaccines.

University of Minnesota public health worker Anab Gulaid, a Somali-American woman, said to help head that off she and other researchers presented their findings to community leaders before making their results public. She expects more such meetings will take place.

“We are certainly available to present the information at community sites and talk to anyone who’s interested in understanding the context,” Gulaid said.