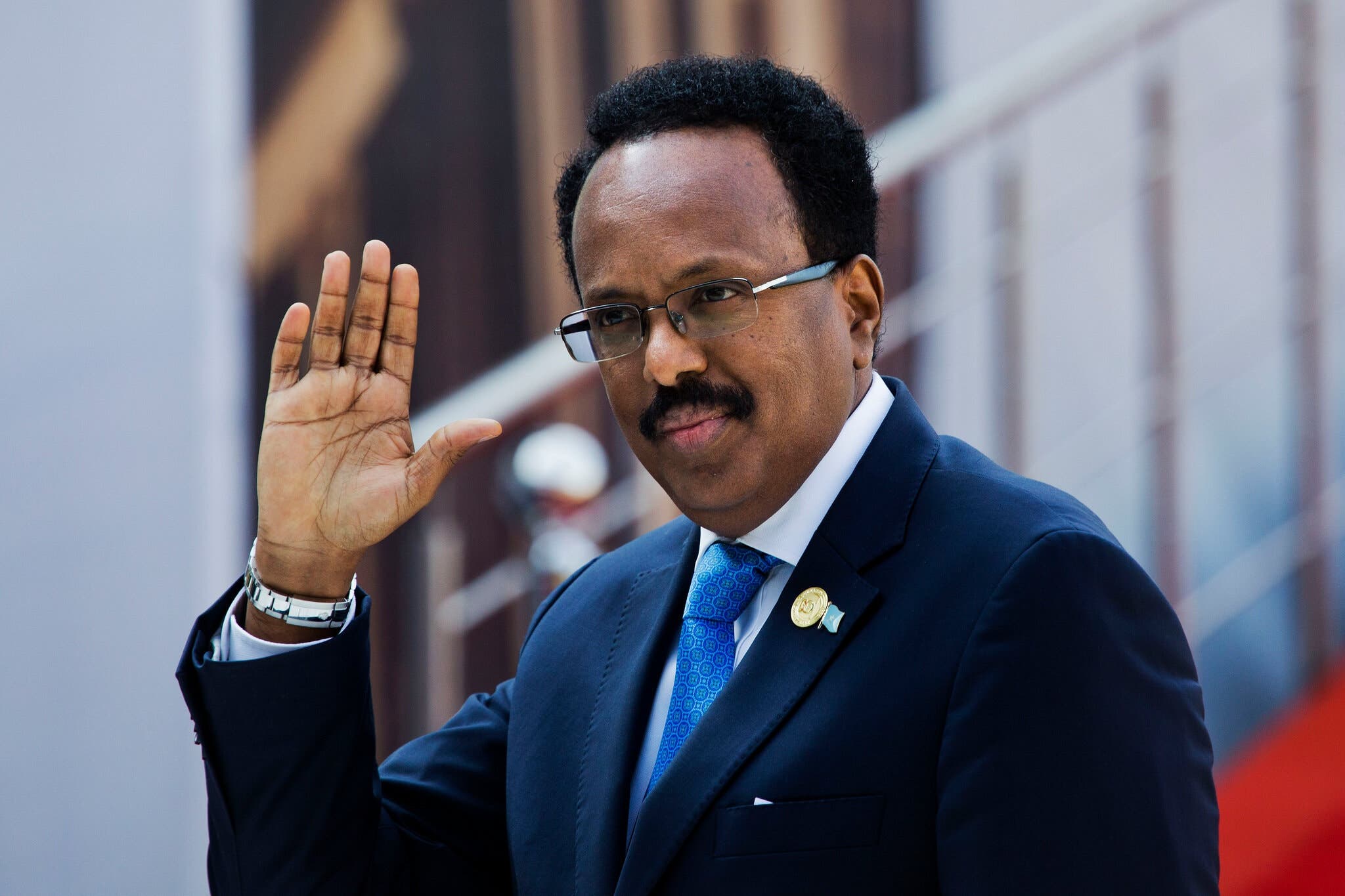 SWOT is an acronym of strengths, weaknesses, opportunities and threats. This strategic abbreviation is employed by the global business strategists and political analysts for the strategic analysis of a business organisation in order to analyse it.

This analytical article examines the inborn personal strengths and weaknesses of the embattled Somali president, His Excellency Mohamed Abdullahi Farmajo, in terms of his leadership quality. In addition, it sheds light on opportunities he had and the threats which his main rivals pose to his political personality and leadership career.

Without bias and partiality, this piece of writing expounds on the loopholes of the leadership style of the current Somali president on the basis of the 1969 situational leadership theory which was co-coined by the seasoned American motivational speaker, Kenneth Hartly Blanchard, and the renown behavioural scientist, Paul Hersey. According to this model, ‘Successful leaders change their leadership style in compliance with political situation.’ Does President Farmajo apply this theory for optimum political stability? Does he have the requisite personal and interpersonal leadership skills? Does he have reliable leadership rapport? Is he a distributive negotiator or an integrative negotiator? Is he good at problem-solving? As the German-born American social psychologist, Kurt Lewin, said in 1908, ‘A person is the product of his social situation.’ Is President Farmajo a real product of the post-civil war and current Somali situation? Is he as corrupt as other politicians? The analytical answers to these questions and many more brainstorming political analysis are available in the body and conclusion of this very article which you are reading.

As stated by the biopsychological brain lateralisation theory of the 18th century French-born philosopher, Rene Descartes, the human brain is divided into the right hemisphere and left hemisphere and the two hemispheres are connected by our corpus callosum. The insight of the said philosopher opines that our right brain hemisphere controlls the movement of the left part of the body and focuses on the easy situations (facets) of human life. Thus, those human beings with a strong right brain hemisphere are introverts who are not good at friend-making and public speaking. The left hemisphere controlls the reactions of the right portion of the body. The individuals with a strong left brain hemisphere are extroverts that are analytical and good at socialisation and collective leadership skills. They are rhetoric and influential speakers who are good at political mobilisation for achieving their goals.

In light of the innate personality of President Farmajo of Somalia, his strengths are that he is a Somali patriot with self-confidence, solid pride and Somali ego. He believes that Somalia is an independent country that can survive without the interest-based foreign dictation. He opposes the carrot and stick method which the Western powers deal with Somalia. In addition, he is a good financial manager who is far from embezzlement thus far. He prioritises the on time payment of the salaries of the Somali civil servants and armed forces which is a positive factor for the financial security of the Somali national workers. He is punctual and manages his presidential duties either in time or on time, as was said to me by people who are close to him.

In his tenure, President Farmajo prioritised two determining internal factors which are helpful and contributive to the Somali geopolitical safety and survival: economic factor and military factor. He did his best to better the economy of Somalia with systematic tax collection and building of formidable military and security apparatus.

He reconciled with Ethiopia and Eritrea. This external factor which is good for the foreign policy of Somalia managed the exterior interference of the two afore-mentioned East African nation-states in Somali politics. The peaceful ending of the direct meddling of Ethiopia and Eritrea with the fragile Somali affairs stabilised the whole region in one way or another. This is one of the political strengths of President Farmajo. Despite this, he failed to curb on the internal Somali political conflict.

The internal opportunities which he had at the inception of his presidential leadership was the all-inclusive moral support which he got from the Somali nation-wide because of his good financial management during his erstwhile premiership. They say, ‘Any good leader can be a good manager, but any good manager cannot be a good leader.’ In reference to this trait, the president is poor at root cause analysis.

In connection with the weaknesses of President Mohamed, he is an introvert because he belongs to human beings with a strong right brain hemisphere. Thus, he is not good at public speaking due to this biopsychological factor. Therefore, he is a good manager, but not a good situational leader that can change his weakness into strength during this trying time which is full of internal and external political challenges.

According to the useful ‘Pareto Principle’ which was propounded by the visionary Italian economist, Vilfredo Pareto in 1879, 20% of our input results in 80% of the success of our output. 80% of our failure results from the 20% of our mistakes. This in mind, the 26th August 2017 illegal and life-threatening extradition of the Somali freedom fighter, Col Abdikarim Sheikh Muse (Qalbidhagax) from Mogadishu to Addis Ababa, became 80% failure of the political career of the president which resulted from his 20% faults of his political calculation. That historical betrayal provoked the collective outrage of the Somali people, regardless of clan affiliation.

The reaction of the president to that widespread anger of the Somali nation was ineffective and insufficient to the evaded crime against the wider Somali race. The president became a turtle and hid his political status into his silence. Since the adjective silent and the verb listen consist of the same words, he was just listening to the outcry of his people; but he didn’t want to solve the problem that was destroying his own political future, as he had no the required situational charisma. As the famous American linguist, Noam Chomsky, theorised, any human discourse consists of a deep structure and a surface structure and understanding of the deep structure is more important than perceiving the surface structure. In this way, the president didn’t fathom out the deep structure of the above mentioned real outrage.

The Johari Window which is a model (theory) that was developed by the two great American psychologists, Joseph Luft and Harry Ingham, in 1955, says that there are four quadrants (areas) of human personalities and they are the following areas:

The extradition of the above said ONLF field commander became a blind area of the political profession of President Farmajo as he underestimated its negative impact on his own future political career. If he had understood it, he would have saved his national dignity in order to solidify the confidence of the Somali people in his then leadership. His turtle-like attitude and behaviour annihilated his growing career.  All in all, his 20% individual mistake backfired on his then progressing personal stature.

In the final analysis, the major threat to the leadership of President Mohamed Abdullahi Farmajo resulted from within the Somali politicians and their supporters in general and those who hail from two main clans: Hawiye and Kablalah in particular. Leadership strategists say, ‘The first responsibility of a leader is to define reality. The last is to say thank you.’ Somali politicians are true complainers and the Somali public opinion is hostile to any ruling president for a clan-based interest. Therefore, he didn’t give the opposition politicians any space to express their ideas. Instead, he attacked them and the issue became offensive and counteroffensive.

When president Farmajo was elected, the expectation of the Hawiye politicians for the premiership was concentrating on the nomination of a prime minister either from Abgal or Habargidir who are the two main political players for the Hawiye clan, as per the norm of the Somali political history. The public opinion was so, but, alas, the political landscape was changed by President Farmajo by appointing a prime minister from the Murasade sub-clan of the Hawiye clan. Murasade is a clan that is famous for business and education and more peace-loving than the other sub-clans. The relation between the bossy and outspoken prime minister, His Excellency Hassan Ali Kheire, and President Farmajo didn’t last and Kheire was lastly fired.

The political sidelining of the two actors (Habargidir and Abgal) upset the politicians from these clans and they started mobilisation of their supporters against the president. Once again, the president underestimated the perceived dysfunctional conflict and became the turtle that he was during the Somali outcry due to the illegal extradition of Qalbidhagax. The leaders of Puntland State and Jubaland State – Said Abdullahi Dani and Ahmed Mohamed Islam – joined hands with the Hawiye opposition. These two leaders are from the Kablalah clan which is a political rival clan against the Marehan clan of President Mohamed Abdullahi clan. Said Abdullahi Dani is from Majerten sub-clan of the Darod clan and Ahmed Mohamed Islam is from the Ogaden sub-clan of the Darod clan. Most of the Majerten politicians believe that President Siad Bare, who hailed from Marehan, grabbed their clan political seat and sidelined them from politics in 1969, after the fiendish assassination of the then Somali second president, Dr. Abdirshid Ali Sharmake who belonged to Majerten.

The Ogaden opine that Siad Bare destroyed them politically and displaced them from Gedo Region under the cover of armed rebellion reprisal by using the government forces and machineries, during the military armed conflict between the Somali Revolutionary Government and the Somali Patriotic Movement which was led by Colonel Bashir Ali Salad (Bililiqo) from 1988 to 1991 – the black era of conflict.

The Majerten and the Ogaden, together, have political resource-based dispute over the fertile coastal city of Kismayo against the Marehan because Marehan encroached on their territorial locations, in and around Kismayo, with the alliance of Habargidir in late 1999. These unsolved intra-ethnic rivalries are the root causes behind the ongoing oppositions between the Somali clans, and the Somali people are not ready to address them in order to mitigate rivalries and manage conflict. The existing negative peace among the Somali clans is not reliable for a collective nationhood. In my opinion, grassroots Somali-Somali intra-clan reconciliation is direly needed.

Last but not least, President Farmajo is poor at conflict management and he became the Somali political shark. ‘A shark believes that conflict is either won or lost and wants to win.’ The conflict approach of President Farmajo became win-lose, as we learned from all those political opponents whom he eliminated one by one with the exception of the current Jubaland leader who fought back and is still fighting back to survive with the rank and file of his politically mobilised base of operation. In conclusion, His Excellency Mohamed Abdullahi Farmajo is an integrative manager and distributive leader who lacks the requisite personal and interpersonal leadership skills and he is not good at internal conflict prevention, conflict mitigation, conflict management, post-conflict sustainable development and positive human mentality transformation, because, the man is not an influential speaker and inspirational communicator. Despite this, he is not as corrupt and dogmatic as many of his current rivals. Many of his rivals collaborate with foreign states for financial interests or have private relations with them; but he does not. Moreover, all of his current opponents belong to religious groups and they see him as a Westernised secularist. These different mindsets made him to be the Bull in the China Shop, as they think. He is a telling and authoritarian head of state and the extension that he signed is totally unconstitutional which can result in further Somali civil strife and violence.

Somali published poet, novelist and lecturer of conflict resolution and peace-building at Nugaal University in Lasanod city. He can be reached at: stanzasom@gmail.com