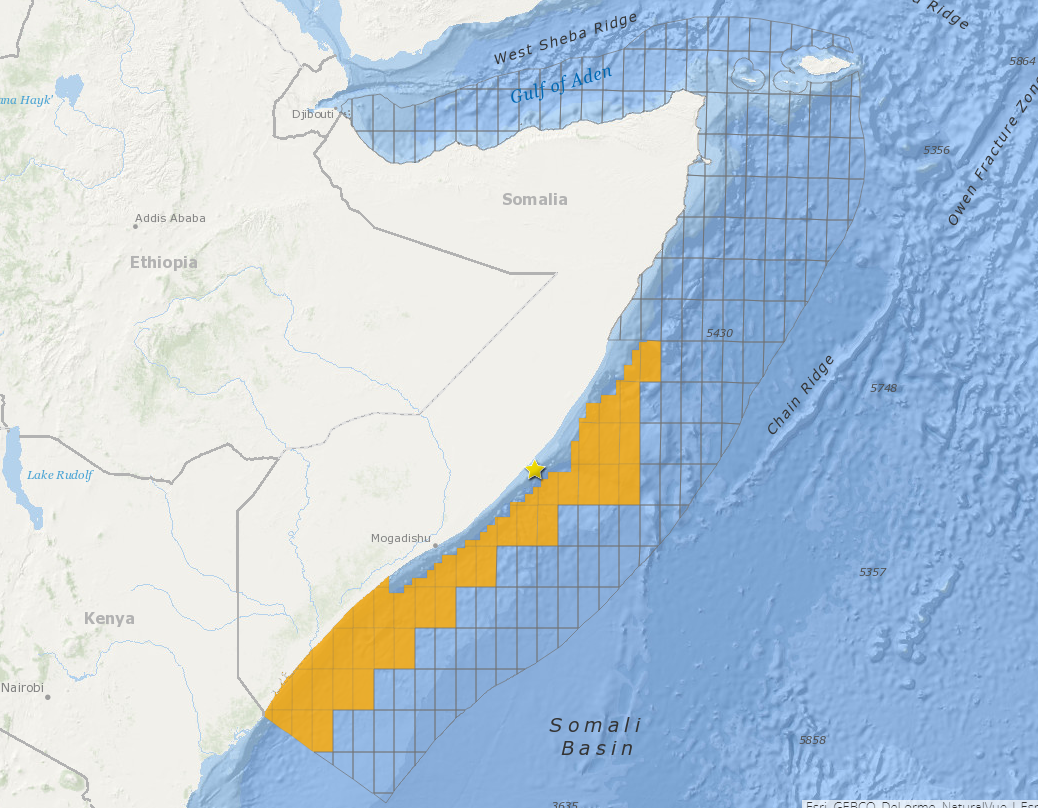 The Somali government’s actions are not only illegal but also in breach of the debt relief conditionalities, putting the country’s long-term economic recovery at risk.

In recognising the inherent material corruption and exploitation risks in relation to the Production Sharing Agreement (PSA) that Somali government wanted to use for its auctions, the International Monetary Fund (IMF) as well as other development partners that are part of Somalia’s Financial Governance Committee (FGC), had been insisting on the Somali government to implement the basic regulatory and legislative structures needed to safeguard the country’s natural resources, prior to the issuance of any PSA. Critically, they were asking for the government’s PSA, which had terms that were materially unfavourable to Somalia and was done outside of the procurement process, to be fully revised and brought into line with the provisions of natural resource governance, procurement and financial management legislative frameworks.

Naturally, the Somali government took no notice of FGC’s concerns and carried on expediting the auction process regardless. This then led to the IMF to tie the implementation of the natural resources regulatory pillars to the debt relief mandatory process, thereby making it clear that debt relief would not be possible without comprehensive legislative and regulatory reforms first.

In practice, what this meant was that the only way to ensure proper safeguards for Somalia’s natural resources was to link the completion point trigger (i.e. the point at which Somalia reaches the end of the debt relief process), to the successful (i) operationalisation of the Somali Petroleum Act, (ii)   enaction of the  Extractive Industry Income Tax (EIIT) law, (iii) review and finalisation of the model PSA in line with the provisions of the Petroleum Act, the EIIT Law, and the Public Financial Management law. In other words, there won’t be any legal PSA, or indeed auctions, until these key legal frameworks are completed and the debt relief process will also be dependent on this completion.

The Somali government then had to make a written undertaking to this effect, confirming that, until steps (i) to (iii) above, which would take several years, were completed, no licences would be issued. This undertaking was formalised in a letter the Somali government sent to the IMF’s Managing Director on the 4th of November 2020, which read:

“Over the course of the (debt relief) program, we will not issue any oil exploration licenses until the Petroleum Act is operationalized, the Extractive Industry Income Tax Law is enacted (CP trigger), model Production Sharing Agreement (PSA) finalized, and associated PFM regulations are issued. We will finalize the model PSA, in line with the provisions of the Petroleum Act, the Extractive Industry Income Tax Law, and taking account of the IMF recommendations, and finalize the regulations on natural resource management in line with the PFM Act.

Furthermore, the IMF also confirmed that:

“Drafting of the Extractive Industry Tax law (EIT; HIPC CPT) and revised model Petroleum Sharing Agreement (PSA) has progressed, and the authorities have committed to having a coherent framework comprising Petroleum Act, model PSA and EIT law in place before issuing any licenses. This will require further work on the PSA and EIT law to reflect staff comments and ensure their consistency.”

This agreement was then endorsed by IMF’s Board as the basis for the next phase of the debt relief programme.

This was in November 2020. Barely a month later, the Somali government is now reportedly on the verge of signing a production sharing agreement, contrary to the undertaking they made and in clear breach of the of the debt relief conditionalities they just signed. If this goes ahead, it would unravel the whole debt relief programme, putting Somalia’s economic recovery at risk. It is also another brazen attempt at predation at a time when the country is in political turmoil and there are a few days left of the government’s term.

In this context, the risk for foreign companies is substantial and they need to tread carefully here. Any company that wants to sign a PSA would need to be satisfied with, and sufficiently aware of, the regulatory frameworks in place to mitigate the risk of mismanagement and corruption. Dealing with a government that is openly breaching its own written undertaking to enact the regulatory frameworks, that are necessary safeguards for Somalia, would of course work against the idea what is being done is appropriate, lawful or indeed enforceable. The fact the Somali government confirmed in writing that the PSA would need to aligned with existing and new legislative provisions to take effect further calls into question the legality of its use.

Second, companies that fail to perform risk assessments, or are unable to produce evidence-based analyses that cover a broader range of issues, including systematic assessments of the quality of governance and the institutional risks of corruption before signing any PSA, open themselves to legal risks which will likely ensnare them into a costly and damaging corruption investigations.

These risks are particularly elevated in this case because of the apparent willingness of the Somali government, in its final days in office, to neuter its own commitment to regulatory and legislative safeguards and use PSA which they know to be illegal. This is of course in addition to the other serious concerns about the procedural illegalities of the authority of the government itself to do this, and that of the Petroleum Authority.

In that context, companies that ignore these material facts and sign the PSA do so at their own peril.

This is yet another reminder of how egregious corruption is normalised without consequence. The government is doing this in plain sight and with impunity precisely because they know no one will hold them accountable.

There is also a risk here for the international partners that have contributed to the debt relief process. Would they continue to use their tax payers’ money to underwrite a process that is being deliberately undermined and put at risk by a government intent on misappropriation? Would the IMF Board allow this to slide without consequence, knowing the commitment they endorsed only a few weeks ago is now unravelling? Would the other reform priorities agreed with the IMF and international partners be worth the papers they are written on?

The highfalutin wail from “opposition” figures on the other side of the fence as though they have Somalia’s interest at heart is another notable irony here. They are right to sound the alarm about this, but need to first take a hard look at themselves in the mirror: the seeds of what is happening today were sown when Hassan Sheikh was president and latterly when Khaire was the prime minster. By the same token, Farmaajo’s serial incompetence and greed will no doubt be an inspiration to his eventual successor in Villa Somalia, perpetuating this predatory cycle. The real tragedy is not so much why this is happening as the inevitability that this resource predation will continue unless there is a proper accountability in office.

And this highlights another uncomfortable home truth: the biggest risk to Somalia’s natural resources is the Somalis themselves who see it as their personal share of their slice of the country’s “national cake”. That is why there are six presidents in the country and almost twenty presidential hobbyists vying to replace Farmaajo. Nobody has a credible plan of government or cares about what really matters to the people of Somalia.

This is why there is no point in outsourcing blame to foreign companies for what is inherently Somali leaders’ propensities for corruption and misappropriation. There is nothing stopping Somali leaders to act with integrity and in their country’s best interest. They simply choose not to.

The sooner Somalis realise this, break this dreadful cycle and reckon with it, the better.