A paltry Sh14,000 lunch allowance split among nine unemployed youth, a pledge to serve in the Somali National Army and a promise of Sh10 million payout. This is all it took a man labelled Specially Designated Global Terrorist by the United States to convince nine Kenyan youth to join Al-Shabaab.

Ahmad Iman Ali alias Abu Zinira is the founder of Al Hijra, the terror group’s radicalisation wing. He served as the head of Al-Shabaab in Kenya. The recruitment took place in 2008 inside Majengo Mosque in Nairobi.

His target: young unemployed youth, too desperate to shun a job and hard cash pledge. The promises were too enticing, but in the end, they turned out to be lies.

Joe (not his real name) is one of the youth who was talked into joining the terrorist group. He managed to escape and returned to his native home in Nyeri.

Joe spoke to the Nation and this is his story: “It does not take much to convince a Kenyan youth to join Al-Shabaab.

They look for the most desperate ones and promise them the best life. My best friend and I are some of the youth who were easily lured into the terror group.

I had just finished high school, but instead of going back to Nyeri, I opted to live with my best friend’s family in Eastleigh, Nairobi. This was our strategy — to hit the ground running in life; you know, hustle as we wait for results and the possibility of joining university.

“His parents were welcoming and his father actually gave us a single-room house to stay in as we hustled. Edu* and I got our first hustle selling mitumbas [second hand clothes] and slippers with his mum in Gikomba Market.

“Life seemed normal in the beginning as we experienced the many surprises of adulthood. One of the places we would frequent most was Jamia and Majengo mosques. I’m not a Muslim, but I was used to living with them. Even while we were still in school, we (non-Muslims) would sneak out with other Muslim students to go to the mosque on Fridays. For us it was for leisure and the thrill of not having to be in class on Fridays.

One day while we were at Majengo Mosque, some people approached Edu and I and invited us to a meeting. I did not know who they were, but this did not bother me as I assumed they were Edu’s friends.

“At the time the mosque was still under construction, so we held the meeting in an old room on the ground floor. We were nine.

“One of the men who invited us [to the meeting] told us there were job openings in Somalia — positions in the Somali Army.

“It sounded like hitting the jackpot. They said we would be in the Somali army and when we returned, we would be untouchable.

“At the end of the first meeting, we were given Sh14,000 to share among ourselves. This was a lunch allowance for attending the meeting. When we were invited the second time, the nine of us showed up. Who wouldn’t? That is how they got us to attending more meetings.

“During the meetings that followed, they told us that if we agreed to join the ‘army’, we would each receive Sh10 million as payment. That is how they convinced us that this was the best move for us. Imagine getting Sh10 million … I would live a lavish life with good things and nice cars. But we had to do one thing before we could proceed for training — convert to Islam since none of us was a Muslim. We all agreed and took new names. I got the name Farah. We were promised certificates to show we were Muslims, but we never saw them.

“At the mosque, we were introduced to someone who would turn out to be a leader of Al-Shabaab in the country. We met Iman, who would come for the Madrasa classes where they taught us Sharia law and other Muslim doctrines.

“At some point, we started pushing to be told where we would go for training since they had told us we were joining an army. After much insistence, the trip to the training camp was planned.

“They told us our destination was El Wak in Mandera. We were put in one of the buses named Moyale Bus. They were still new at the time. We did not carry any clothes or personal belongings.

“I did not even have a national identification card. I was still in the application process and was supposed to travel to Nyeri to get my mother’s particulars. I abandoned that plan and lied to my mother that I had found a job in Mombasa. She even sent me Sh3,000 for emergency.

“We travelled to El Wak and then to a village called Basili, where we met a Mr Farouk. He was with other men who appeared to be of Pakistani origin. From what we were told, they were aid workers who were volunteering to build a mosque in El Wak.

“They would take us to some camps built in the bushes, where there were other militants calling themselves Jeish.

“Farouk and the rest of the commanders would sleep in tents, while the Jeish stayed up to guard the camp. Our training started by being shown a lot of propaganda videos of Al-Shabaab missions and talk about Jihad. They would show some of the militants and claim they used to be Kenyan police officers. During the day, they taught us how to use guns. They started by showing us how to operate a pistol. A few days into the training, I started getting scared of the whole idea because what we had been taught at the mosque had turned into something dark. This was no longer the Islam I knew of from my friends.

“I spoke to Edu about it and told him this was a bad idea. But his focus was on the money. Talking him out of it was not going to work, but I had already made up my mind to run away.

“One day when we were asked to help out with some supply errands in El Wak, I sneaked away from the group and boarded a lorry that was transporting animals. From there I hitchhiked all the way to Mombasa but using different routes because I was afraid they would try and set a trap along the way.

“When I returned to Nairobi, I stayed in hiding. I wanted to go to a police station and report what had happened, but I was scared. I feared that the officers would see me as a terrorist and kill me. So I opted to write a letter and put it inside the suggestion box at Central Police Station.

“After that I still feared for my safety in Nairobi because I felt that the recruiters would come after me to silence me. That was when I decided to return to Nyeri.

“I do not know what happened to Edu or the rest of the group. Maybe he became a suicide bomber and blew himself up.

“But I know and can attest that the promises they make are false. It is all a lie, but it is enough to lure Kenyan youth.” 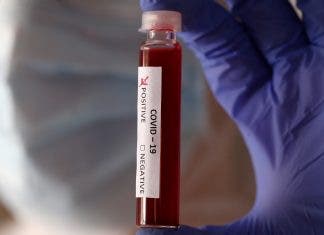 Caasimada Online - April 5, 2020
The International Committee of the Red Cross (ICRC) on Saturday said it is deeply concerned about the impact that COVID-19 could have on Somalian...