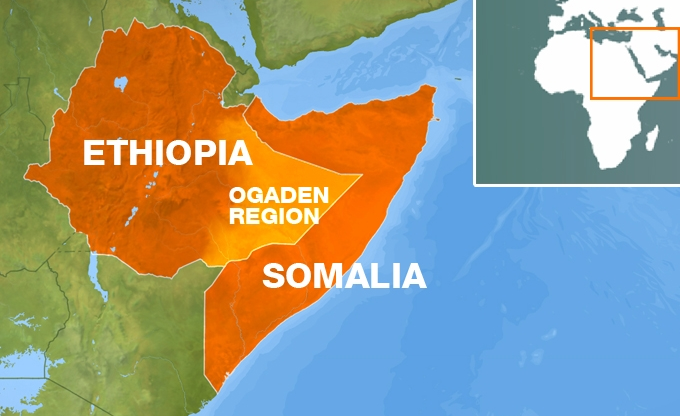 Woodrow Wilson, the father who first coined the quintessential right of nations, the right to self-determination, famously stated: “No people must be forced under sovereignty under which it does not wish to live.”

If one consciously observes Wilson’s grounding words of what later became the universal right that has been enshrined in the Declaration of the United Nations, it becomes a sunlight that the will of the people is the requirement to exercise the right and the former president had been granting the right to sovereignty to those who want to be sovereign. In that sense, the right to self-determination doesn’t apply to those forcefully occupied and still remain occupation. Decolonization is their remedy and that is exactly what case of the Somalis under Ethiopia proves to be and sturdily demands.

Decolonization of nations had not been in the political literature before Europe had colonized nations. The concept is the aftermath of the European imperialism. In the case of Africa, it’s the redress that the partitioned Africans demanded. That’s why they say states in Africa was birthed by colonial wombs. However, Europeans weren’t the only ones who partitioned Africa. Ethiopia was a member of the colonial crusades.

At the dawn of the scramble, Menelik, the builder of the Ethiopian empire, vowed “if powers at distance came forward to partition Africa, I don’t want to be an indifferent spectator,” then expanded massively by overrunning the medieval soldiers of his neighbor African nations in the Horn, confiscating their land and enslaving their people. Thus, as “a participant in the ‘scramble’ Ethiopia doubled its territory and population,” in the words of John Markakis. The Somali Ogaden/Somali Galbeed is one of the victims of such an expedition and is still in the hands of the aggressor.

Just like any other colonial project, subjugate has been the guideline of the aggressor. Following the principle of Fetha Nagast (law of the kings), the intent was clear: if the city or the land to conquer its inhabitants offer “ peace and open their gates, the men who are there shall become subjects and give you tribute, but if they refuse the terms of peace and offer battle, go forward to assault and oppress them,” the law degreed.

Strictly obeying the Fetha Nagast law, Abyssinians, builders of Ethiopia, obliterated indigenous African nations and reduced their inhabitants to slaves. They imposed a system called “gabbar-neftegna” which gave the land and resources to the gunmen, the conquering soldiers, and reduced the natives into slaves. The Wolamo proverbs of “Menelik gave the land to the Amahara and other people to the birds,” summarizes the economic blights which the citizens of the formerly independent African nations had suffered.

Obedient to Frantz Fanon’s misery findings in the colonial world, inside the ‘neftenga-gabbar system’, the effect was consequential. One was rich because he/she was an Abyssinian, and one was poor and slave because he/she was a citizen of a conquered nation.

It was only after when the danger of the struggle of the occupied nations had made the ‘neftegna-gabbar’ system obsolete and the privileged race felt threatened that the sons and daughters of the dominating race turned against their parents to abolish the system before things completely decimate.

The acts of the offspring of the ‘neftegna’ veterans were an effort to prevent the “nouveau rich taking the chance of becoming poor,” to borrow the words of Albert Memmi. They declared the sacrosanct of the colonial empire they had inherited and mistakenly asserted that feudalism has no association with colonialism. “Ergo Ethiopia could not have been feudal and colonist at the same time,” they argued while “regarded center hegemony as the cornerstone of the project” of the state they had envisioned in the words of John Markakis.

The post-feudal states the young generation has implemented proved the case further. Neither the socialist state of the Derge nor the ‘federal multicultural’ state of TPLF/EPRDF has relinquished the illegitimately assumed exclusive ‘right’ of the Abyssinians to dominate and exploit all other races. Imposing the burden to obsolete the unjust systems on that occupied nations.

Burdened the task of obsoleting the so far immortal unjust systems of Abyssinians, Somali Galbeedis have been fighting long wars of liberations to decolonize their nation. Their struggle ranges from May 1900 when Sayid Mohammed A. Hassan with 6000 Daraweesh men attacked the ‘neftegna’ garrisons in Jijiga to the now struggle led by ONLF.

However, obedient to the past norms, when Somali struggle along with that of other oppressed nations have debilitated the TPLF led unjust system which only theoretically acknowledged the historical fact of the nation-based oppression against the Somalis and their likes, the newly formulated successor system led by the TPLF disciples drops the recently inserted theoretical acknowledgment from the oppression mix to install new one. In other words, the Abiy Ahmed led successor system is alienating the Somalis and other occupied nations from their history of being colonized to accept colonization. Will they accept?