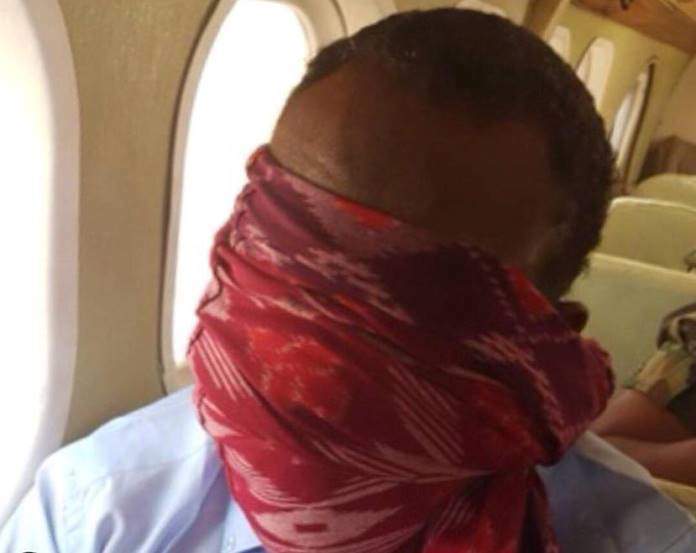 Farmaajo believed that the extraordinary rendition of Abdikarim “Qalbi Dhagax” would give him a good standing in Ethiopia. It merely proved to them that he was a weak-willed quisling who trades on his people’s lives

In a bondage of fear

“In the mountainous regions of Ogadenia, monkeys live side by side with lions – their feared predators. During the day, they climb the trees for safety. During the night, they climb the steepest mountains, hankering down at the top. The lions cannot get to the monkeys because the mountains are too steep for them to climb. The lions also know that the monkeys are weak-willed creatures which are easily panicked and will do anything to save their skins, including sacrificing their own babies. The lions gather at the bottom of the mountain and start unleashing ferocious roars at the monkeys.

Terrified, the monkeys start to panic. The strongest ones amongst them start to grab their babies and throw them down to the lions in the hope of saving themselves to make the lions go away. Of course, the act only serves to wet the lions’ appetites and the roars grow ferociously loader and loader. Gripped by the bondage of fear and terror, the monkeys then start to throw each other down the mountain one by one until the strongest two males are left. A struggle for survival ensues, resulting in both males ultimately slipping down the mountain into the lions’ jaws below. They are then both eaten alive.”

[Excerpts from the Qalbi Dhagax’s interview that was broadcast on SSTV on the 24th of January 2020. He was explaining the similarities between the actions of the monkeys and those of Farmaajo and others who trade on their people’s lives]

In this remarkable observation, Qalbi Dhagax was asked whether he knew why Farmaajo could not simply refuse the forced rendition of a decorated war hero to Ethiopia, or at least, insisted on a trial in Somalia. He paused and gave an example quoted above which was as profound as it was apt.

The moral of the story is that “Waa Loo Dhashaa Wadani”. Farmaajo and those like him will never be free from the bondage of fear because they neither have the backbone nor the conscience to do the right thing for their country. Given what happened to Qalbi Dhagax, it makes one wonder what else has Farmaajo done to the country that we still do not know about.

The quislings in “Wadani” uniforms

On the 6th of September 2017, an extraordinary coverup was unfolding within the Somali government. A few days earlier, on the orders of the Ethiopian government, President Farmaajo and Prime Minster Kheyre sanctioned the abduction and forced rendition of Qalbi Dhagax – a decorated war hero – to Ethiopia. As news of this leaked, there was an outpouring of outrage across the country.

Seemingly determined to bury the true nature of what actually happened, the government initially fell back on the claim that Qalbi Dhagax was an Ethiopian citizen who was instigating acts of terror within Somalia and was thus extradited to his country of origin. Then came the second explanation: he wanted to sneak into Ethiopia and the Somali government was only facilitating this – the abduction was part of the cover story. When the absurdity of this was quickly exposed, ignorance was offered as the third excuse: they did not know what happened – only the security agencies did.  Finally, it was explained away as a matter of national security: what happened could not be explained, lest the Ethiopian Army descended on Villa Somalia. In essence, he was offered to save Somalia from Ethiopia.

A cabinet meeting was then called and rehearsed show debate got underway on how best to spin the story. Finally, the deputy prime minster read out the president’s instruction: the cabinet will designate both the liberation movement that Qalbi Dhagax represented – effectively 20 million Somalis – and Qalbi Dhagax himself, terrorists.  A cabinet vote was then taken: every cabinet minister voted in favour; two minsters abstained.

In an impassioned appeal to the cabinet, Dr Maryan Qasim, who resigned from the government sometime later, argued that Qalbi Dhagax’s citizenship was unquestioned. He was a veteran who fought for his country. The right course of action would be to bring him before the courts if indeed there was a case to answer. She also reminded everyone at the cabinet table that, by declaring both Qalbi Dhagax and the liberation movement terrorists, the Somali government has shifted the meaning of what is to be a Somali, effectively labelling 20 million Somalis as terrorists.

Dr Maryan then voted against the decision. She was the only one around the cabinet table to do so. She knew what was at stake and showed real courage when all around her tottered. She personifies a quality rarely seen in Somali politics – integrity and courage. She and others like her in parliament who stood up for the country represent a glimmer of hope in an ocean of despair.

Shortly afterwards, the Somali government announced that Qalbi Dhagax and the liberation movement were terrorists, posing a grave danger to the stability of Ethiopia and Somalia. By handing him to Ethiopia, Farmaajo knew that torture and death were almost assured.

The abduction of Qalbi Dhagax is an indelible stain on our country and underlines a point often missed in debates about Somalia: how the constraints of integrity and the sense of patriotism have long disappeared, turning many of the country’s “leaders” into enthusiastic and willing puppets.

Somalia’s problems are often oversimplified to a debate about greed, Qabiil and personalities, and this is fairly true to a degree. We often hanker at the idealistic thought that one day a patriotic leader will emerge who will change things for the better. Many of us, including Qalbi Dhagax himself, thought Farmaajo would be the one to pull the country back from the precipice. However, a remarkable feature of the Qalbi Dhagax story is that it showed how our country has slowly slipped from our hands without our noticing and betraying the country, its people and values has become normalised.

Like the terrified monkeys on the mountains of Ogadenia, many Somali “leaders” are caught in a bondage of fear and will trade on their children’s lives if it came to it. Farmaajo is a potent example.

“He has no meaning. He has the mind of a child”

In early 2018 when Farmaajo was in Ethiopia for an African Union summit, one of the Ethiopian prison officers told Qalbi Dhagax that president Farmaajo would visit him that day. When that did not happen, Qalbi Dhagax asked the officer why.  What he heard shocked him: the junior Ethiopian officer’s response was: “forget about him…the fellow you call a president has no meaning and has the mind of a child”. The Ethiopians hold him in deep contempt.

Whilst this comparison is unfair to children, it shows the true irony in all of this: by betraying his country, what Farmaajo hoped would give him good standing in Ethiopia merely proved to them that he was a weak-willed coward, who trades on his people’s lives to save his skin. It is an extraordinary indictment of someone who represents our country.

Against all odds, Qalbi Dhagax lived to tell the tale and is a free man. Even today, the Somali government’s official designation of Qalbi Dhagax, and 20 million Somalis, as terrorists still stands.

Farmaajo cannot bring himself to take responsibility for what he did to Qalbi Dhagax, nor what he is doing to millions of Somalis his government designed as terrorists. We do not expect him to do the right thing – we know he is incapable of that. The Somali people know that; the Ethiopians despise him for who he is and what he represents; and now history will judge him as the quisling who never regretted.

He and those like him will forever be indelible stains on our nation. Aleelahe Rag La’aan Wax Kuma Yeeshee, Rag Xuma Baa Ku Disha.