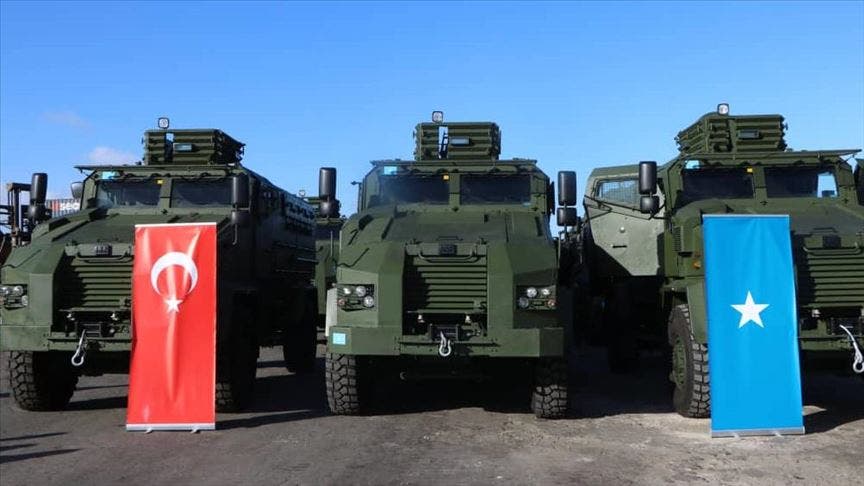 The vehicles will be used by Somalia’s special unit, namely Gorgor (Eagle), trained and mentored by the Turkish government.

“Today, we are here to receive this latest modern armored personnel carriers from our friendly and brotherly country Turkey and we are thanking them for their support to our military and country,” the Somali armed forces commander said.

The Turkish ambassador said his country will continue to support Somalia.

On Monday, Turkey delivered 12 off-road vehicles to Somalia as part of bilateral military and financial cooperation agreements, according to the Turkish National Defense Ministry.