The head of the Turkish Red Crescent (Kizilay) Kerem Kinik said the aid agency aimed to reach a total of 10 million people during the Holy month of Ramadan.

Speaking to Anadolu Agency in an exclusive interview, Kinik said Kizilay delivered aid and was operating in more than 35 countries.

“We try to deliver aid to people in Turkey who are in need. On the other hand, we try to reach lots of areas that are suffering from poverty, war [and] natural disasters,” Kinik said.

“This year our budget for domestic aid is 50 million Turkish liras ($10.8 million). We also deliver food to 200,000 families in Turkey. We organize iftar meals and break our fasts with families.”

Kinik added that iftar meals were distributed to people in Syria, Somalia, Iraq, Myanmar’s Rakhine State, Bangladesh, Pakistan, in the Balkan countries and in the Caucasus region.

Thousands of Palestinians had gathered on the Gaza Strip’s eastern border on May 14 to take part in protests marking the 70th anniversary of the founding of Israel — which Palestinians refer to as Nakba, Arabic for ” the Catastrophe” — and protest the relocation of the U.S. embassy from Tel Aviv to Jerusalem.

According to the Palestinian Health Ministry, at least 60 Palestinian demonstrators were martyred by cross-border Israeli gunfire in one of the deadliest single-day massacres in the country’s history.

The Turkish Red Crescent rushed to the Palestinian people’s help and the permanent representatives of the agency in Gaza and Jerusalem locally obtained $100,000 worth of emergency medical equipment and successfully delivered them to hospitals and to the Palestine Red Crescent throughout the night. 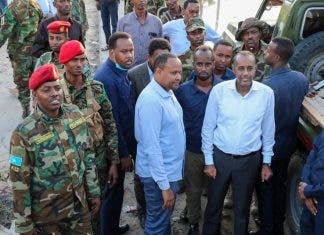