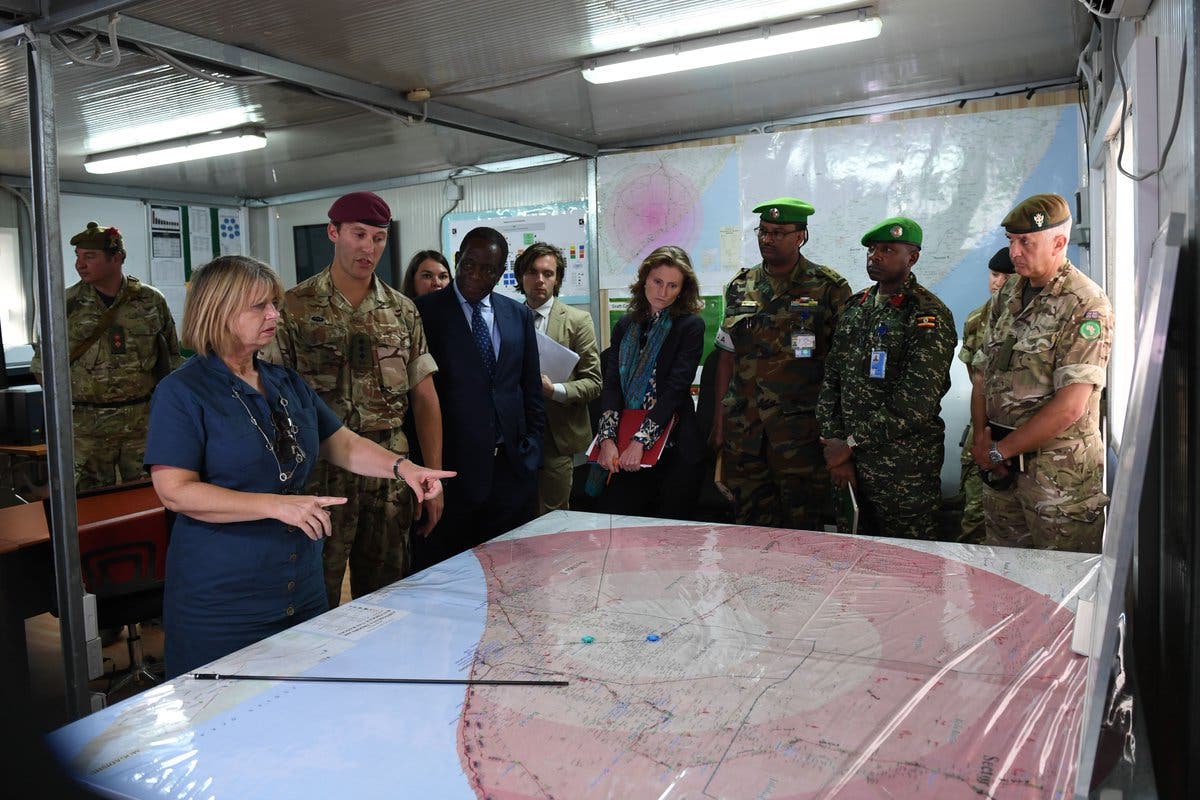 MOGADISHU (Caasimada Online) – Weeks after announcing additional funding to the AU Mission in Somalia to combat terrorism, the United Kingdom has reiterated its commitment to aiding AMISOM through its transition.

At a meeting with the AU Special Representative for Somalia on Saturday, visiting UK Minister for Africa Rt. Hon. Harriet Baldwin cautioned, that a premature withdrawal of troops from the Horn of Africa country could be detrimental to the country’s security. She called for a conditions-based, gradual withdrawal of the troops, based on the strength of the Somali security forces.

“As you know, the UK has been consistent in saying that in terms of transition to both the Somali National Army and the Somali Police; that this needs to be done on a condition basis, rather than on an artificial time table,” said the minister.

Discussions between Minister Baldwin and Ambassador Madeira centred on current developments on the security front, the transition and the prevailing political situation in Somalia.

Amb. Madeira expressed gratitude at the outstanding support accorded to AMISOM by the UK government. “Let me effectively thank your government through you, for the immense support we have been receiving from her Majesty’s government. Not only in terms of training; in terms of military support; particularly in the ISR (Intelligence, Surveillance & Reconnaissance),” Madeira stated.

He highlighted critical areas of support by the UK government, including troops’ training on countering improvised explosive devices (IEDs). The indiscriminate use of the explosives by anti-government elements, remain the deadliest threat to civilian populations in Somalia.

Minister’s Baldwin’s visit to Somalia follows a three-nation tour of Africa by British Prime Minister Mrs. Theresa May last August. While in Kenya, Mrs. May announced a new package of funding to AMISOM worth 7-million pounds, to fight terrorism.

“We are leading international efforts to ensure that AMISOM has the funding it needs to support its vital battle against terror,” noted Mrs. May in Nairobi.

In Somalia, Minister Baldwin said the UK will continue rallying the wider international community, to provide consistent funding to AMISOM.