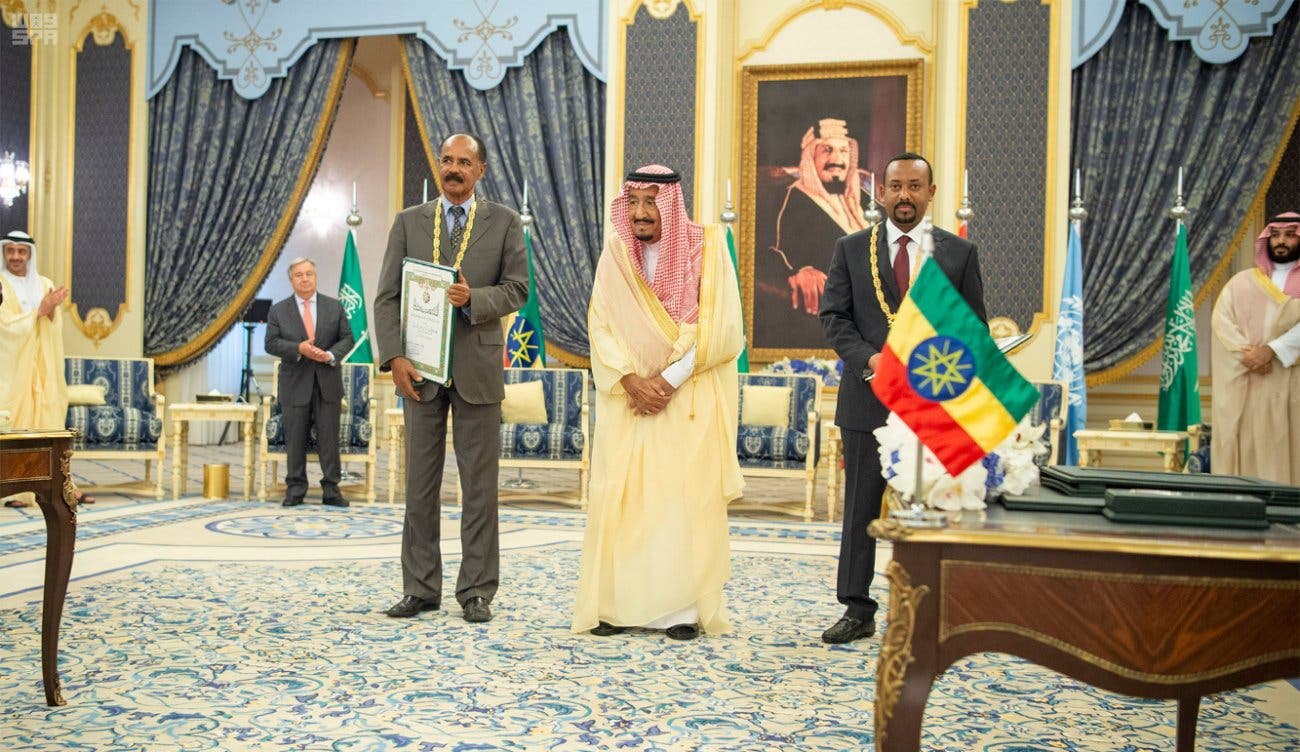 President Isaias Afwerki and Prime Minister Abiy Ahmed signed the Jeddah Peace Accord in the presence of King Salman, other Saudi dignitaries and UNSG.

In recognition of the vision, courage and statesmanship they demonstrated to end war and bring about peace between the two countries, President Isaias Afwerki and Prime Minister Abiy Ahmed have been presented by King Salman bin Abdulaziz Saudi Arabia’s highest medal “The Order of King Abdulaziz”, 16 September.

UN Secretary-General António Guterres says he congratulated on the leaders of two leaders on signing the Joint Declaration of Peace and Friendship.

“A strong wind of hope for the Horn of Africa and far beyond. I also want to express my deep appreciation to king Salman for bringing the parties together”, he said.