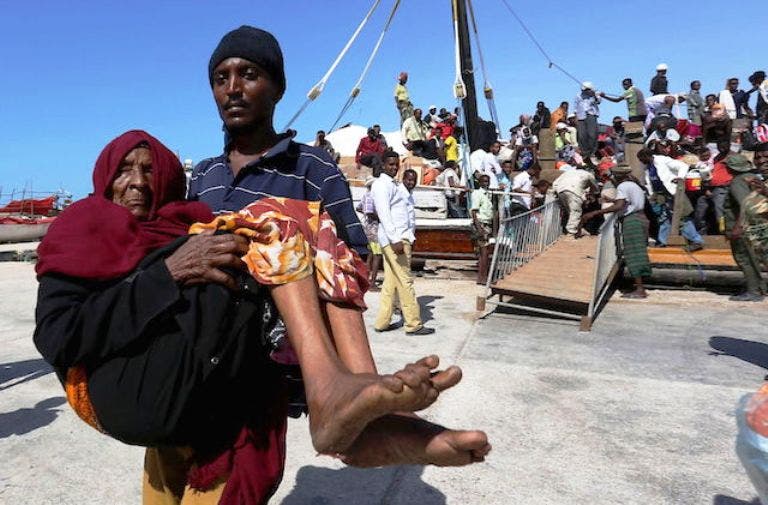 MOGADISHU (Caasimada Online) — The UN Refugee Agency (UNCHR) said it has facilitated the voluntary return of more than 2,000 Somali refugees from Yemen, through a program called Assisted Spontaneous Returns (ASR) it started in 2017.

Since the start of this year, 1,321 migrants from Somalians living in Yemen have returned home.

The most recent trip took place August 6, with 116 refugees sailing from the port of Aden, in Yemen, to the port of Berbera, in Somalia.

The program is administered by UNHCR in cooperation with the International Organisation for Migration (IOM) and the authorities of Yemen and Somalia.

The ASR program began in 2017 in response to demand from refugees for UNHCR help in returning home. Yemen currently hosts over 270,000 refugees, the vast majority of whom (256,363) are Somali.

Some 45 per cent are hosted in the south of the country, in Kharaz refugee camp – Yemen’s only refugee camp – and in the Basateen urban settlement in Aden.

The most recent transfer in August was delayed for two months due to inclement weather conditions.

Among the refugees on board were female heads of households, several students who are hoping to resume their educations, and a critically ill patient who travelled with his son, family members and a medic.

UNHCR said the ongoing conflict in Yemen has affected not just Yemenis but also refugees living in the country.

It said refugees are particularly vulnerable to early marriage, child labour, and detention.

Through the ASR programme, UNHCR provides an assistance package to refugees both in Yemen and Somalia.

In Yemen, the package includes a multi-purpose cash grant to procure basic necessities for the journey and consolidate any outstanding debts or financial obligations.

In-country and international transport assistance is provided by IOM, as well as medical care. UNHCR also facilitates exit permits and travel documentation in cooperation with the Yemeni and Somali authorities.

On arrival in Somalia, returnees receive a reinstallation cash grant and an allowance, together with a package consisting of household items, food assistance through WFP, and an education allowance for primary school children.