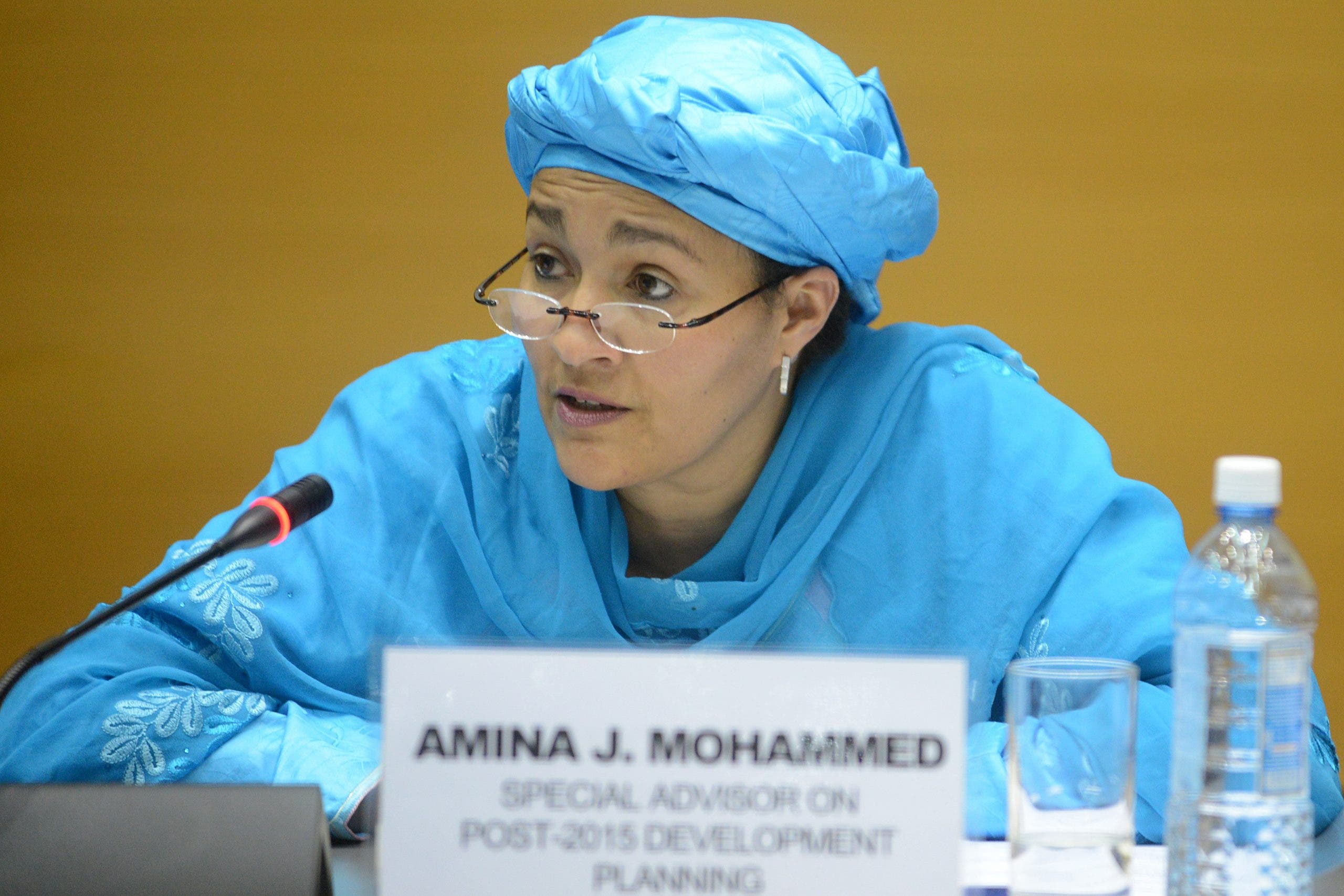 UN Deputy Secretary-General Amina J. Mohammed has called on Somali political leaders to shun political discord which may jeopardize the gains made in the country.

Mohammed, who made a day-long visit to Mogadishu on Sunday, said Somalia has achieved considerable momentum with its ongoing electoral process and urged the leaders to de-escalate the political tension in the country, reports Xinhua news agency.

“I was encouraged to hear the commitment from all I met with to ensure that this momentum is sustained and that critical elections move forward as scheduled,” said the UN official who also met President Mohamed Farmajo and Prime Minister Mohamed Roble.

“I have confidence in Somalia’s leadership to de-escalate any tensions and avoid action that could lead to violence and further delay the elections or undermine its credibility,” she added.

The international partners have been heavily engaged in supporting national efforts to advance the country’s elections.

During the visit, Mohammed expressed solidarity with Somali women’s calls for full and equal participation in political life, and expressed the support of the international community for timely, inclusive, peaceful and credible elections.

She highlighted the country’s parliamentary elections as an opportunity to build on the progress made in women’s political participation and emphasised that women’s full inclusion in all sectors of society will contribute to greater resilience, peace, and stability.

“Somalia achieved a milestone at its last elections in 2016/17 with 24 per cent of parliamentary seats filled by women, and I am hopeful that the country will build on this by expanding women’s participation even further – ensuring the 30 per cent quota is met is an important first step to full representation and an inclusive society. The peace dividend will not happen without women,” Mohammed added.