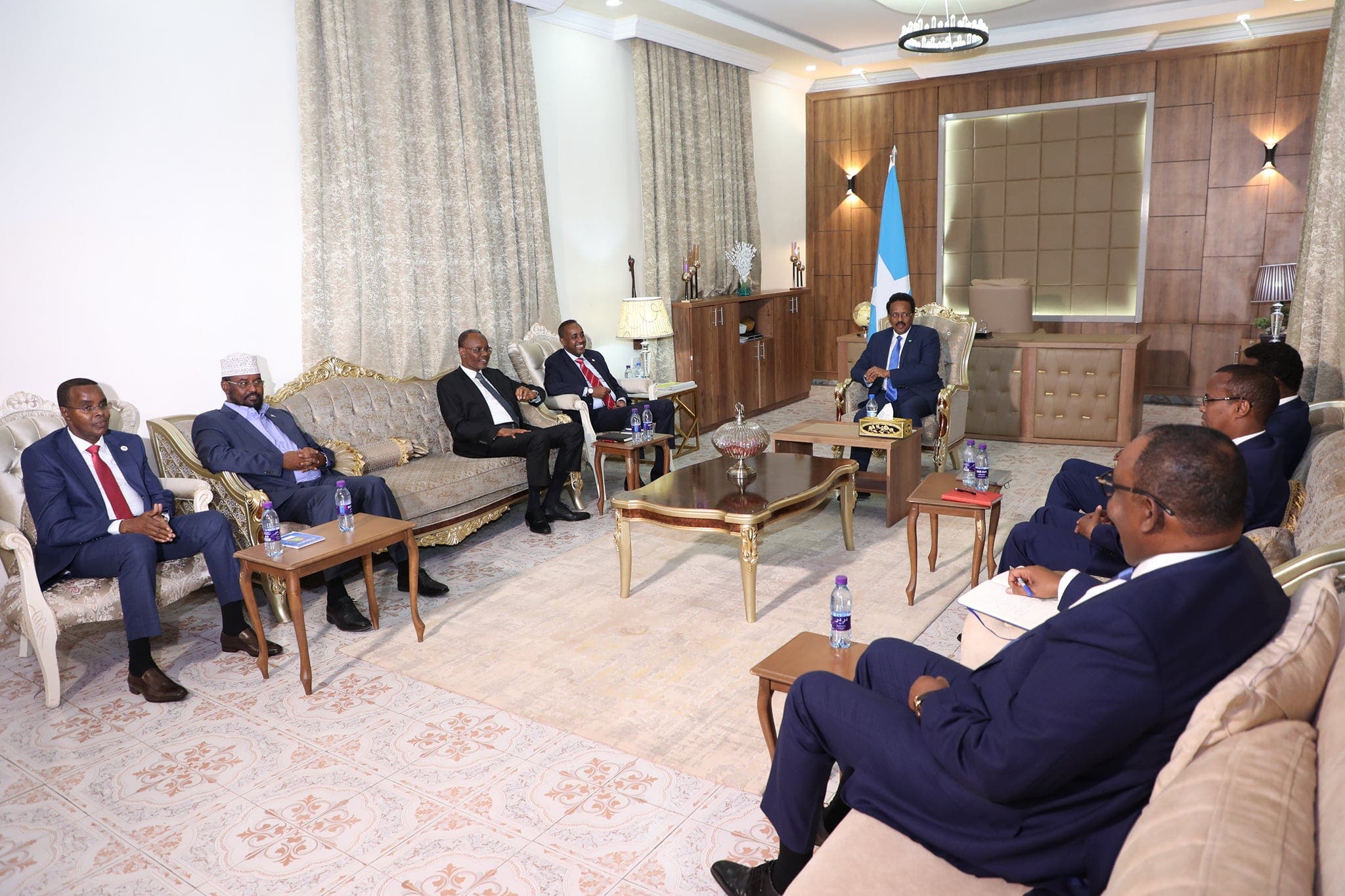 This dangerous political standoff could lead to a terrible miscalculation. Stop it before it is too late

In a month’s time, one of the most consequential proceedings involving Somalia’s sovereignty will commence at the International Court of Justice – an outcome that could have far-reaching implications for Somalia. The never-ended first wave of Covid-19 is spreading again and will continue to destroy the lives and livelihoods of millions. A resurgence of terrorism continues to take many innocent lives every day, reversing a decade-long slow progress in security; and a deep economic hardship, exacerbated by systemic corruption in plain sight, is killing off the prospects of generations of Somalis who have already been without a future for thirty years.

As if this were not enough, a depressingly familiar, and entirely predictable, manufactured political crisis is now playing out, leading to a standoff, finger-pointing and threats.

In midst of what is arguably the most difficult period in Somalia’s history, a president, whose constitutional term ended but wants to overstay, and opposition politicians who are all united in what there are against, rather than what they are for, are squabbling when all around them is tottering and the country is on the brink. While an “international community”, acting out of political, economic or security self-interest, and tired of the absurdities and stupidities of Somali “leaders”, is constantly being implored to play the reluctant referee as though this were a game of unruly kids scuffling in a playground. It would have been comical had the consequence of this were not so grave and a whole country’s future weren’t at stake.

The long-suffering people of Somalia are once again paying the price.

Leading the country at a time of crisis is not a confidence game as many Somali “leaders” seem to believe. It is a test of one’s mettle and requires integrity and leadership maturity. Preserving the country’s fragile progress means putting aside personal anger and ambition and thinking in the national interest above all else.

Farmaajo’s term, whose indelible enduring image is one of mayhem, discord and unimaginable suffering, is over. It is an extraordinary sheer folly to think that he can be part of the political calculus he has done his best to undermine. Farmaajo’s failure might be the condition for progress the country needs in order to move forward – a point lost on many. Indulging the personal political fantasies of a former president who craves office and will do anything for it is indeed the worst possible outcome for the country. Somalia had been here before and was plunged into a disaster from which it has yet to recover after thirty years. We should not ignore this warning from history.

It is equally reckless to pour fuel into this anger and use this dangerous period to whip up political frenzy, risking a dangerous miscalculation. In Somalia, opposition is habit-forming and the more someone opposes, the more they think they are doing a good job in highlighting the problems of their opponent, hoping that is sufficient for them to lead the country. It is not.

That is why this unsightly presidential scavenger hunt, in which the quality of one’s leadership and vision is merely an afterthought, will not be the answer either. It is the system that produced Farmaajo and will produce another one who might equally be minded to act on his worst instincts when it suits him, just as Farmaajo did. We should not be making the same mistake again.

The question of who will be best placed to take the country out of this political mess is therefore only answerable if Somalis prioritise what is in the country’s national interest.

Time for a technocratic government

This crisis is another important opportunity. The current focus of holding “elections” is a fine idea but there is no time for it, and it won’t change much even if it happens. We should be looking to the future for solutions, not the past for the wrong sort of inspiration.

There needs to be a national forum at which key political leaders and community elders are invited and a new care-taker technocratic president elected through consensus. There will then be a two-year technical extension, whereby the current heads of the Legislative and Executive branches are replaced. This technocratic president and prime minster, who must be untainted by the current political squabble, and parliamentary speakers will all be constitutionally barred from seeking re-election. The prime minster must also be a female.

During the two-year technical term, the government will be constitutionally precluded from striking any agreements that impact the county’s sovereignty, including natural resources agreements. However, it will have the authority to review and annul existing agreements that are detrimental to Somalia, under parliamentary oversight. A four-fifth in both Houses of Parliament will be needed to dissolve the government, and if that happens, the House Speakers will also fall.

Members of parliament would also be barred from serving in the new government, even if they resign their parliamentary seats. This will stop another servile parliament and the charade of government MPs double-hatting in both branches of government.

The government will have four objectives to deliver: finish the constitution within 6 months; secure the country adequate enough to deliver national elections; a directly elected Mogadishu mayor and complete the economic reform programme for debt relief. There will be clear timelines for delivery under parliamentary oversight.

At the very least, this will be a dress-rehearsal of life after 4.5, allowing the political parties to take shape. More importantly, it will help the country navigate what is arguably a very dangerous and politically toxic period.

The solution is in plain sight if Somalis are serious about it. Much of what is wrong with Somalia lies with Somalis and no amount of infantile-like dependency on the “international community” will solve it.

Let us for once put our people and the country before politics.